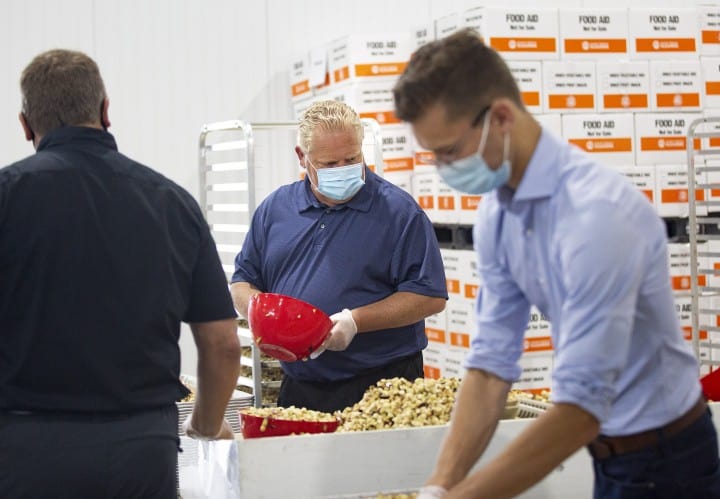 In a post on its Facebook page this week, Betty’s Restaurant in Niagara Falls, Ont., says the group was “reminded several times” to wear masks when not seated at their table but chose not to do so.

The restaurant says it can remind guests of the protocols but cannot “strong-arm them” into following rules.

Progressive Conservative legislator Sam Oosterhoff has apologized for not wearing a mask while posing for a group photo at the restaurant.

Oosterhoff, who is a parliamentary assistant to the education minister, posted the picture on social media but later deleted it.

He said the event was in line with provincial rules but acknowledged he should have worn a mask when taking the photo given the proximity of the people around him.

Critics have called for Oosterhoff’s resignation as parliamentary assistant, saying he was flouting his government’s pandemic guidance.

Betty’s said Oosterhoff’s party was in a private room with a separate entrance and washrooms and did not interact with other patrons.

Staff sanitized and disinfected the room after the party, the restaurant said.

“We humbly appreciate all of those who continue to support us.”

Oosterhoff’s office did not immediately respond to a request for comment.