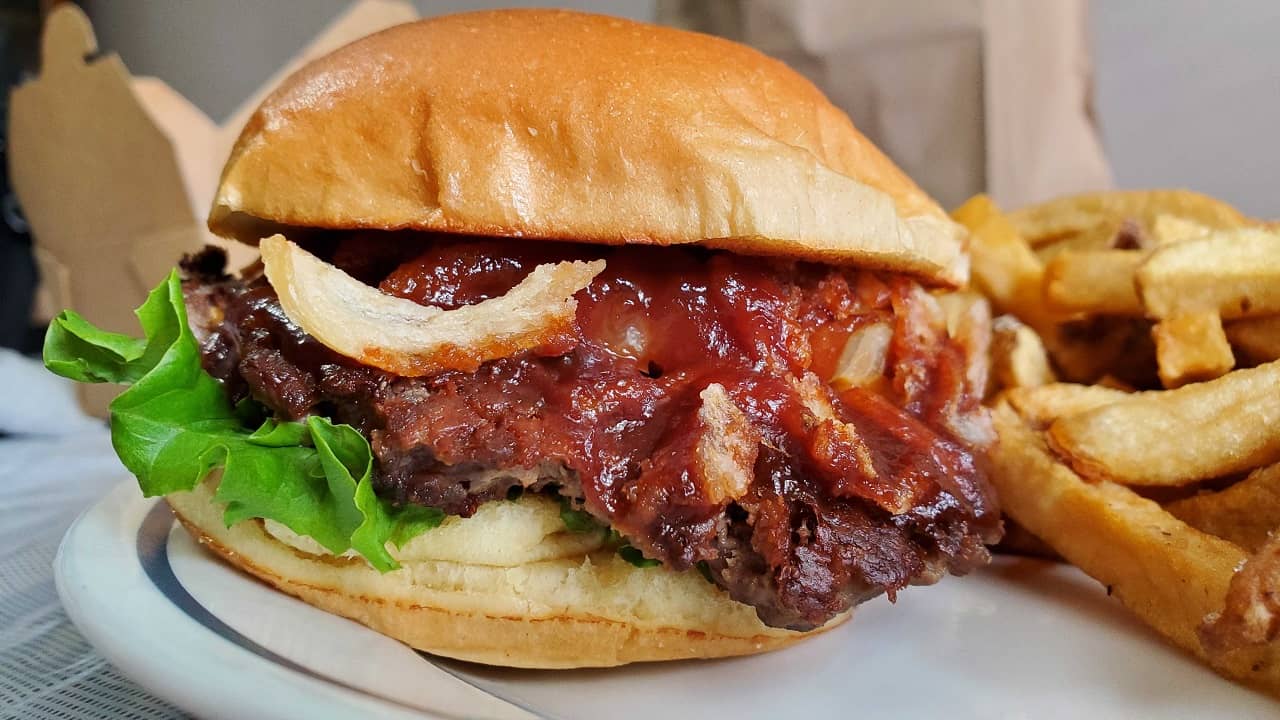 It’s time to revisit the age-old “pineapple on pizza” debate, but with a twist: Does pineapple belong on a hamburger?

After recently eating at The Burger Bros. in Mississauga, my answer is: Surprisingly yes, if it’s done right.

For those who are unfamiliar, The Burger Bros. is a popular burger chain known for adding some rather unusual ingredients to some of their burgers. We’re talking stuff like grilled pineapple, hot dogs, fried calamari, and buffalo shrimp.

The chain currently has two locations in Mississauga (one of which opened fairly recently at Central Parkway and Eglinton), as well as a location in Toronto and Brampton.

Many people would turn up their nose at the idea of adding some of the aforementioned toppings to their burger, and I can’t blame them – the burger is a simple, classic dish and it’s hard to mess with perfection. On the other hand, sometimes you want to spice things up and try something new. The question is: Does the “something new” in this case taste good?

For this review I decided to try one of The Burger Bros.’ more popular burgers, the Innovator: A beef patty topped with beef bacon, cheddar cheese, grilled pineapple, lettuce, crispy onions, and sweet BBQ sauce. I also had a side of the restaurant’s hand-cut fries. 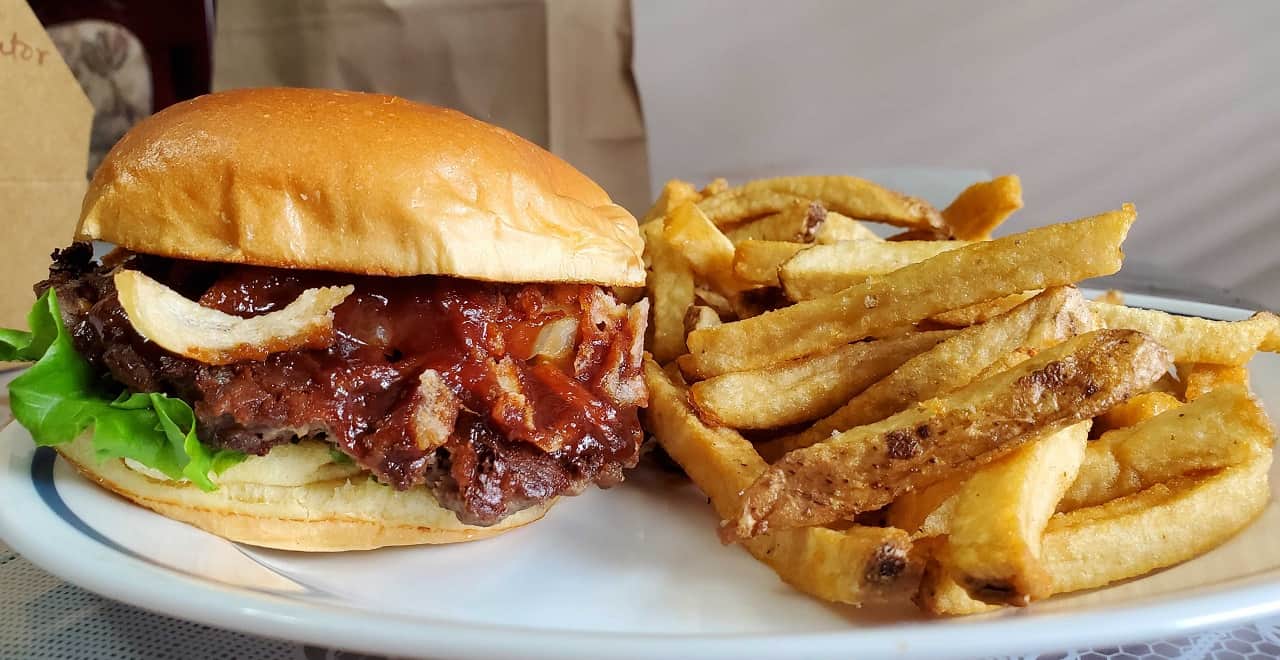 I’m normally the kind of guy who doesn’t like to add sweet to a savoury staple – which means I’m firmly on the “no” side of the pizza on pineapple debate (no offence to those who love it!).

For that reason, I was hesitant about whether or not I’d like the Innovator, which features grilled pineapple as its unique ingredient. So it came as a huge surprise to me that the burger actually tasted really good!

Sweet and savoury can be a perfect blend when done right, and the Innovator does it so right. The juicy tenderness of the beef and taste of the bacon and cheese are complimented by the sweet taste of the pineapple and BBQ sauce, and every bite felt like it was bursting with those combined flavours.

As for the fries, they were crispy, well-seasoned and generously portioned. Overall, this is a meal I’d definitely recommend if you haven’t tried The Burger Bros. before. 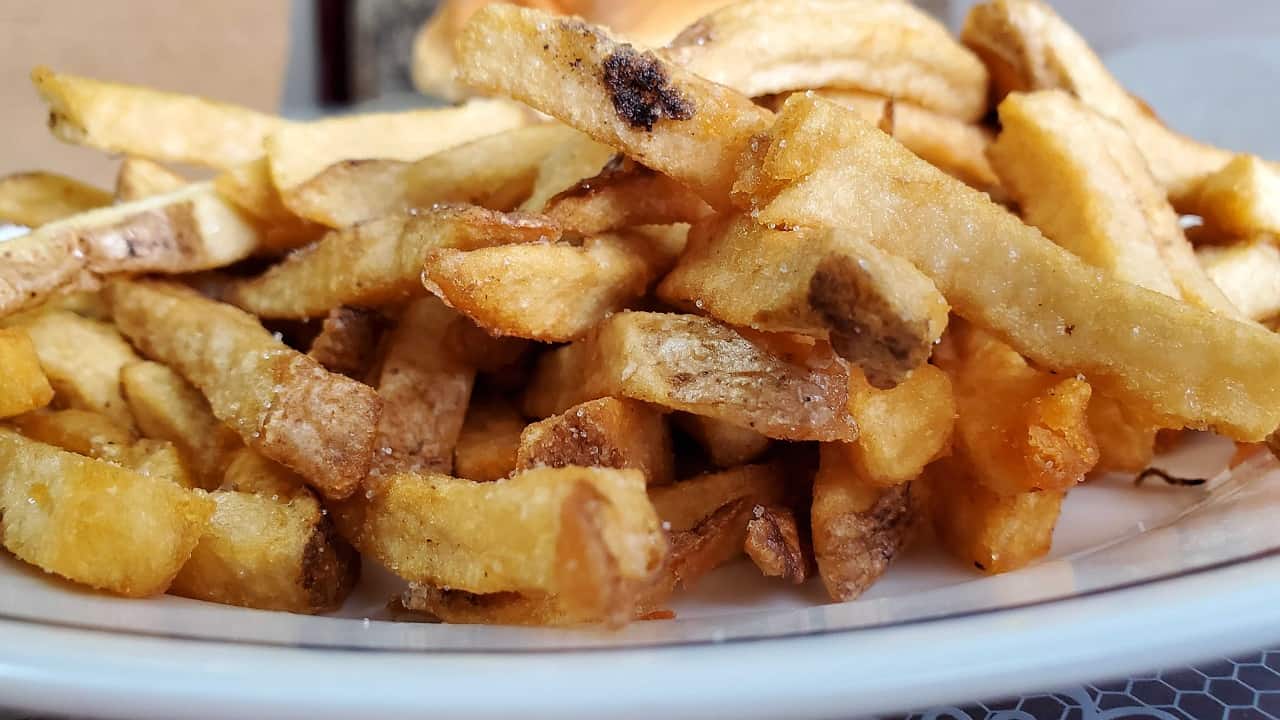 As mentioned, The Burger Bros. is best known for some of the more wacky ingredients they put on their burgers, making them a must-try for hamburger-loving thrill seekers. However, there’s plenty of regular options on the menu too, such as their signature The Bro burger (which is just a beef patty with cheddar cheese, lettuce, tomatoes, pickles, grilled onions and the restaurant’s special “bro sauce”). There’s a lot of options here and the restaurant is more than willing to cater to both audiences.

Despite some of my initial reluctance, The Innovator surprised me with how good it was, and actually got me excited to try some of the restaurant’s other unorthodox burgers. This one is a definite recommend if you love having a combination of sweet and savoury flavours in one.