Restaurant Reco: This Mexican joint has the best fish tacos in Mississauga

When it comes to Mexican food, I’ve always thought of the taco as being the #1 must-try food in a cuisine full of must-trys. A restaurant can have amazing burritos, nachos or quesadillas, but if their taco is no good then what’s the point?

Fortunately for taco lovers in Mississauga, our city’s got a bunch of great Mexican restaurants serving a wide variety of tasty tacos – including the very popular Border MX in Streetsville.

Since it opened its doors in 2014, Border MX has established itself as one of the city’s best spots for authentic and delicious Mexican cuisine. Their menu includes nachos, bean taquitos, enchiladas, wet burritos (like a burrito but smothered with sauce, cheese and sour cream) and more. And then of course there’s their tacos, which come with your choice of traditional fillings like beef, pork and chicken or more unique fillings like beef tongue, crispy cauliflower and Baja fish.

If you’ve only ever had traditional meat tacos before then a fish taco might not interested you as much, but definitely don’t sleep on Border MX’s Baja fish tacos, accurately branded as the best fish tacos in all of Mississauga.

The dish is three soft shell (sorry to those who prefer a hard shell) tacos which are filled with beer-battered fried fish, then topped with chipotle mayo and citrus cilantro coleslaw. All of the restaurant’s tacos also come with guacamole dip and a side of Mexican red rice, which helped round out the meal.

The fish in these tacos is perfectly fried and seasoned, resulting in a tender and juicy taste that was well complimented by the chipotle mayo and the coleslaw – every single bite was bursting with flavour. I definitely wished I had more three tacos, but I can’t deny that the quality of the three was still well worth it. 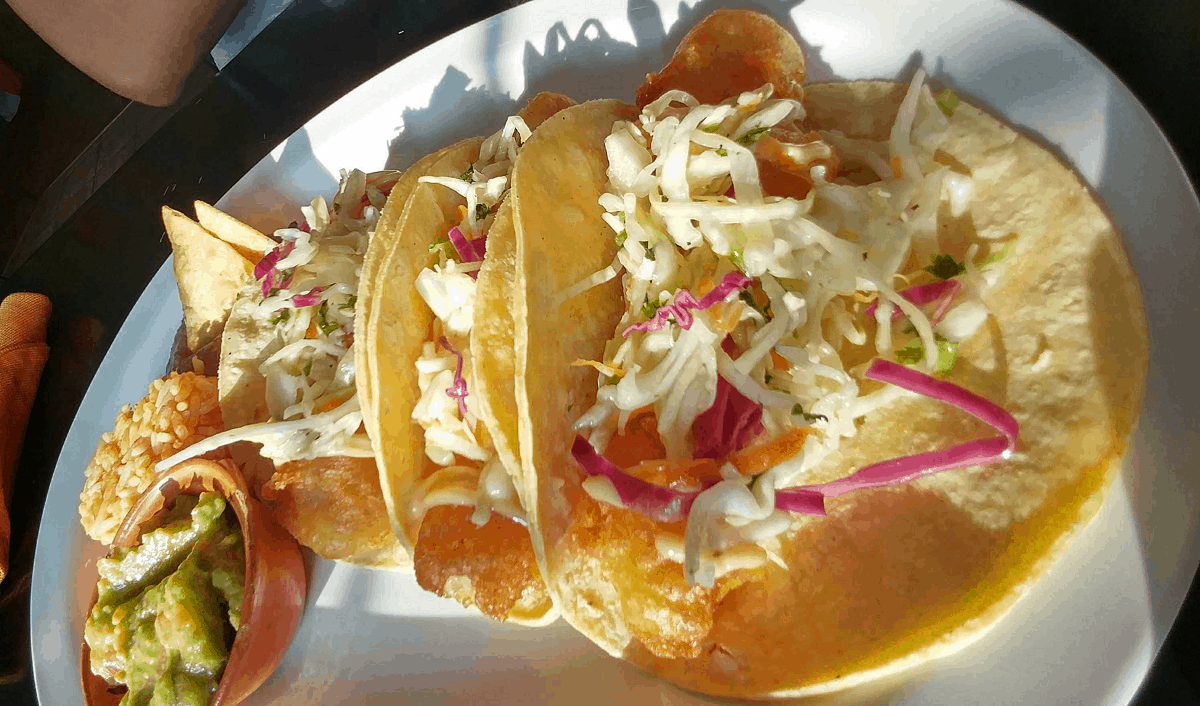 Located in the heart of Streetsville, Border MX is one of the most popular Mexican restaurants in Mississauga, boasting an open-air patio that’s perfect for outdoor dining. It was opened by Chef Viri Rico, who was born in Mexico City and inspired by her mother and grandmother’s passion for cooking – and that passion definitely comes across in the restaurant’s fresh and authentic tasting dishes.

Border MX’s fish tacos are delicious and well worth trying, even if you’re not usually a fish taco kind of person. They’re part of the reason Border MX has been a mainstay on our Top 5 Tacos list, so if you’re craving some Mexican anytime soon you won’t be disappointed eating here.