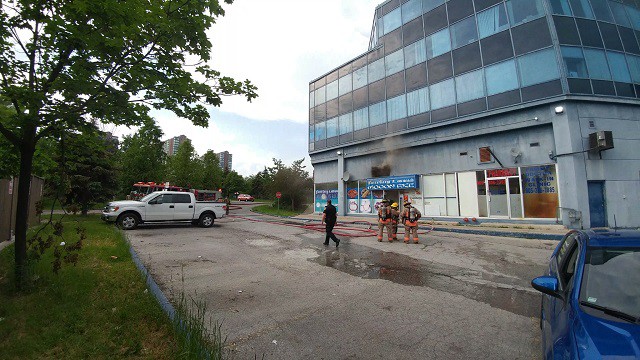 Police are on scene for a restaurant fire this afternoon in Mississauga.

The fire broke out in the kitchen of a restaurant in the area of Confederation Parkway, north of Dundas Street West. Firefighters who arrived at the scene saw heavy black smoke pouring out of the location.

Everybody inside was evacuated and Mississauga Fire and Emergency Services has the incident under control, according to police.

Confederation at Dundas is currently closed in both directions as police investigate the fire.

Citizens are asked to avoid the area.