Restaurant and brewery about to open brand new location in Mississauga 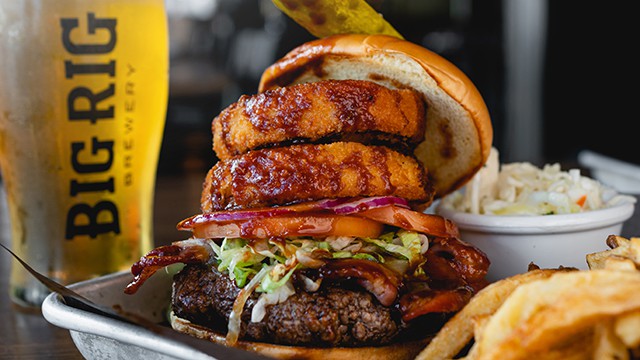 When the beer gods close a door, they open a window a few months later.

Late last year, beer lovers were saddened to learn that The 3 Brewers/Les 3 Brasseurs restaurant in the Heartland Town Centre area in Mississauga was closing for good. That said, diners and drinkers received some good news in March 2020 when BUILD IT by Design, a Mississauga-based contracting company, announced that it was building a new Big Rig Kitchen and Brewery in the space.

“We are very excited to share our passion for great comfort food and award-winning craft beer in this market. Toronto has always been at the centre of our expansion strategy. We have expanded our menu offerings as well, specifically for this market,” said Billy Arvanitis, Vice-President of Operations for Big Rig, in a statement.

In addition to its Big Rig Kitchen & Brewery locations, Big Rig is also an award-winning brewer that recently received three medals–two gold, one silver–at the Canadian Brewer awards. In June 2019, the brand welcomed Prime Minister Justin Trudeau and former U.S. President Barack Obama to the brewery for some “iconic beers.”

Big Rig beer is available in over 1,000 locations throughout Canada.

Will you be tasting the same beer that once touched Obama’s lips soon?