Residents Weigh in on the Future of Shisha in Mississauga 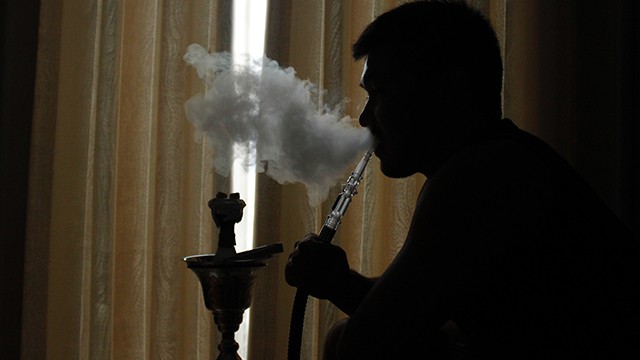 There is a community within Mississauga that has been brought together by something very culturally unique: shisha.

Shisha (also call sheesha) is a type of flavored tobacco mixed with molasses and vegetable glycerol that is usually smoked with a hookah, a type of water pipe.

In recent years, many shisha bars have opened across the city. People drawn to these places come for the shisha, but end up staying for the friendships they make.

Samir Baksh has been smoking shisha for over five years now. He has worked in a shisha environment before and still smokes on a regular basis. He has made some of his closest friends within the community.

“No matter where you are around the world, the shisha community is one consisting of a diverse collection of people from different cultures, races and backgrounds,” Baksh said.

“Everyone is welcomed and has a sense of belonging through the socialization of a common activity.”

Despite the popularity of shisha, it is seen by some as harmful due to the fact that it is a smokable substance. This led to a bill being passed in 2015 that regulated e-cigarette sales and placed a ban on flavoured tobacco, in part due to an insufficient amount of scientific knowledge regarding the potential harm of the products.

Many members of the community disagree with ban, stating that there have been many studies conducted that show how harmful alcohol and cigarettes are to the human body, yet these products are still available for purchase across Canada.

The Region of Peel (which includes Brampton, Mississauga and Caledon) also has bylaws specifically for smoking from water pipe (hookah). In fact, the Peel waterpipe smoking bylaw went into effect November 1, 2016. The bylaw banned the use of a water pipe in various places such as enclosed public spaces, restaurants and bar patios–essentially mandating that it be treated the same as more conventional cigarettes.

And while shisha lounges still flourish in Mississauga, they are technically banned in Toronto.

According to the Ontario Ministry of Health and Long-Term Care, the fine an individual could face if convicted of selling flavoured tobacco could range from $4,000 to $100,000. Despite this, shisha lounges still continue to be popular spots for people to meet in Mississauga.

For many people, smoking in general is complicated subject–especially since laws governing cannabis are about to change in Canada.

Shisha supporters are particularly mindful of the marijuana comparison. Despite the fact that the scientific community has seen breakthroughs in medical cannabis research, there is still a significant lack of research on its long-term effects. Yet regardless of the lack of long-term research, cannabis will soon be available for recreational use. In fact, it’s expected to legalized this summer, with the LCBO setting up CCBO shops throughout major cities in Ontario.

In terms of health risks of shisha smoke, research is still being conducted to this day.

“To be honest, I have heard a lot of stories and ‘facts’ about shisha over the past few years such as one session of shisha is equivalent to smoking 100-200 cigarettes, or that shisha is more addictive than cigarettes,” Baksh said.

“I am in no position to justify such statements, but I can speak from personal experience. My friends and I have been smoking shisha almost every day for the past five years. With this, each and everyone of us lead a very healthy lifestyle and have never encountered any respiratory health problems.”

A study by the British Health Foundation found that traditional shisha usually contains cigarette tobacco. This means that any type of shisha with that same tobacco contains nicotine, tar, carbon monoxide and heavy metals. Shisha smokers may still risk the same kinds of diseases as cigarette smokers, such as heart disease, cancer, respiratory disease and problems during pregnancy.

Research also claims it’s hard to tell how much smoke or substances a smoker is exposed to in a typical shisha session, due to the fact that people tend smoke shisha for much longer periods of time than they smoke a cigarette.

The main question people want answered is why flavored tobacco products are being banned when products such as alcohol and cigarettes are still allowed to be sold. If the research shows that shisha is similar to the other products, why is it treated differently?

Shisha smokers say that they don’t want to be looked at as addicts who only get together to smoke. They feel like people look at the fact that they smoke as a major negative trait, which hurts them. They would like to be compared to regulars at a bar, coffee shop, or even a hobby store.

“For us, it’s just a day-to-day routine where we can have a few laughs after work, play a few board games, or just talk in general,” Baksh said.

The culture around smoking has always been fraught, especially when it comes to specific substances. Shisha was originally called Mu‘assel, meaning honeyed. It originates from Middle Eastern and South Asian countries. It still to this day remains an important part of the culture–something that further complicates proposed bans and more restrictive bylaws.

Considering many Mississauga residents are from these countries, smoking shisha has also become a way for them to experience a part of their culture in Canada.

The health research and laws regarding smoking substances can certainly cause tension between governments and the community, and in this case the main people affected are a minority group.

The balance between having a safe and healthy community and having a place for cultures from around the world to meet is what the Peel Region and all of Canada strives for, and while it’s a hard goal to achieve, many appear to be working towards it.

Do you enjoy smoking shisha in Mississauga?