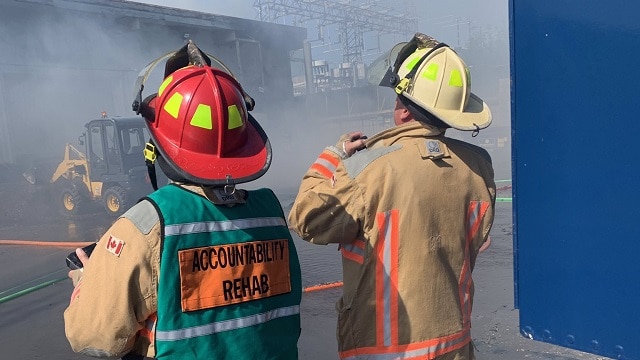 Hamilton fire crews are on scene for a fire that broke out this morning (August 14).

The cause of the fire and any injuries are currently unknown.

“Given the smoke in the area from the fire, the Hamilton Fire Department is asking Hamilton residents living in the area between Lake Avenue and Covington Street to shelter in place and keep all doors and windows closed,” says Hamilton Fire.