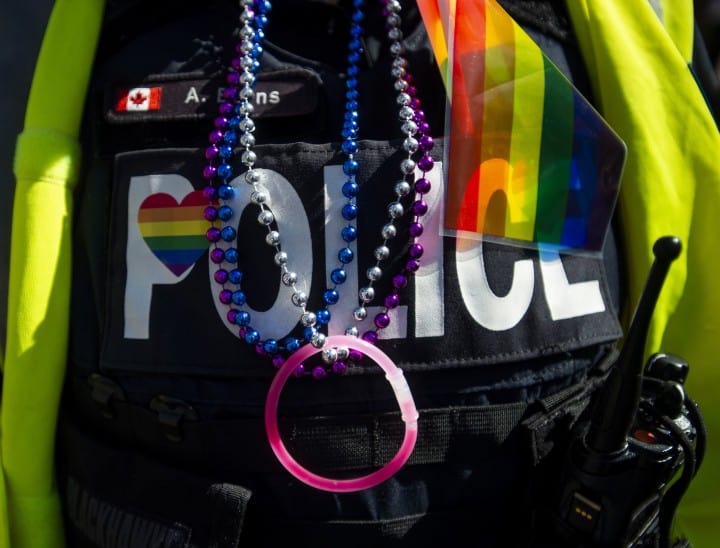 Repairing the broken trust between LGBTQ communities and Toronto police will take years of effort and a major shift in policing culture, community groups and members said Wednesday in the wake of a report that found systemic discrimination impeded several investigations into missing persons.

While the force has vowed to make some changes in light of the report’s findings, what’s truly needed is a “complete reimagining of policing,” said Justin Khan, director of public interest and legal initiatives for The 519, a Toronto organization serving LGBTQ2S+ residents.

“There needs to be a complete turnover of leadership, a structure of policing that isn’t paramilitary, and this notion of rebuilding trust with communities … requires a patience or a knowingness and knowledge that there will be no easy win,” he said.

The report released Tuesday found discrimination and “stereotypical ideas” about LGBTQ2S+ communities undermined a number of missing-persons investigations, including the probe into serial killer Bruce McArthur, and further eroded public trust in police.

The review, led by former judge Gloria Epstein, called for an overhaul of how such investigations are conducted in favour of a more “holistic” system that relies more heavily on civilian staff, social services and community involvement.

It comes amid ongoing calls for police reform in Toronto and elsewhere, with advocates urging officials to decrease law enforcement budgets and redirect funding and some responsibilities to social services.

Toronto’s interim police chief, James Ramer, apologized Tuesday for how the force communicated with marginalized populations during the investigations highlighted in the report.

He said the force will implement several of the recommendations, including doubling the investigators in its missing-persons unit.

“We recognize that how we implement these recommendations will affect how successful we are in making the necessary repairs to community trust in the police,” he said.

Haran Vijayanathan, who was part of a community advisory group for the report, said he is “cautiously optimistic” that some of the changes will come to fruition.

But even so, Vijayanathan – who has worked closely with friends and relatives of McArthur’s victims – said it’s going to take years for trust to be rebuilt.

Gary Kinsman, an activist and researcher, highlighted what he called a “central contradiction” in the report.

Despite delivering a “scathing” indictment of Toronto police and pushing for major changes, the document nonetheless recommends what amounts to an expansion of policing powers and funding, said Kinsman, a sociologist and co-author of “The Canadian War on Queers: National Security as Sexual Regulation.”

Embedding more civilian staff into the missing-persons unit, as recommended, would still have them operate within the context of the current policing culture, he said.

“This isn’t a solution at all and clearly the police are prioritized as the co-ordinators,” he said.

“A much better solution… would be to take all of that missing-person work away from the police, to defund them of that funding, and to actually grant it to community-based agencies who are much better equipped to deal with this thing,” he said.

The report’s emphasis on communication and community engagement may intend to reorient how policing works, but it also represents a call for marginalized communities to develop those partnerships, regardless of how they have been treated by law enforcement, he said.

“The social power differences between the police and marginalized diverse communities just magically disappear in the recommendations of the report,” he said.

Khan, with The 519, noted mechanisms to promote communication between police and marginalized populations have been in place for a long time, often with few results.

The onus should not be on vulnerable people to engage with an institution that has historically not made them feel safe and continues to affect them disproportionately, he said.

“When an organization like The 519 or community members raise a concern or a criticism, the police don’t want to hear it and they stop talking to you, and that’s a reality that we experienced as a form of punishment,” he said.

“If the police are going to take these 151 recommendations in this 900-page report seriously, I think it’s really important for them to understand that they need to be a little less sensitive and defensive, and they hold all the power, and are accountable for their errors.”