Renting vs. Buying in Brampton: What “Wastes” More Money? 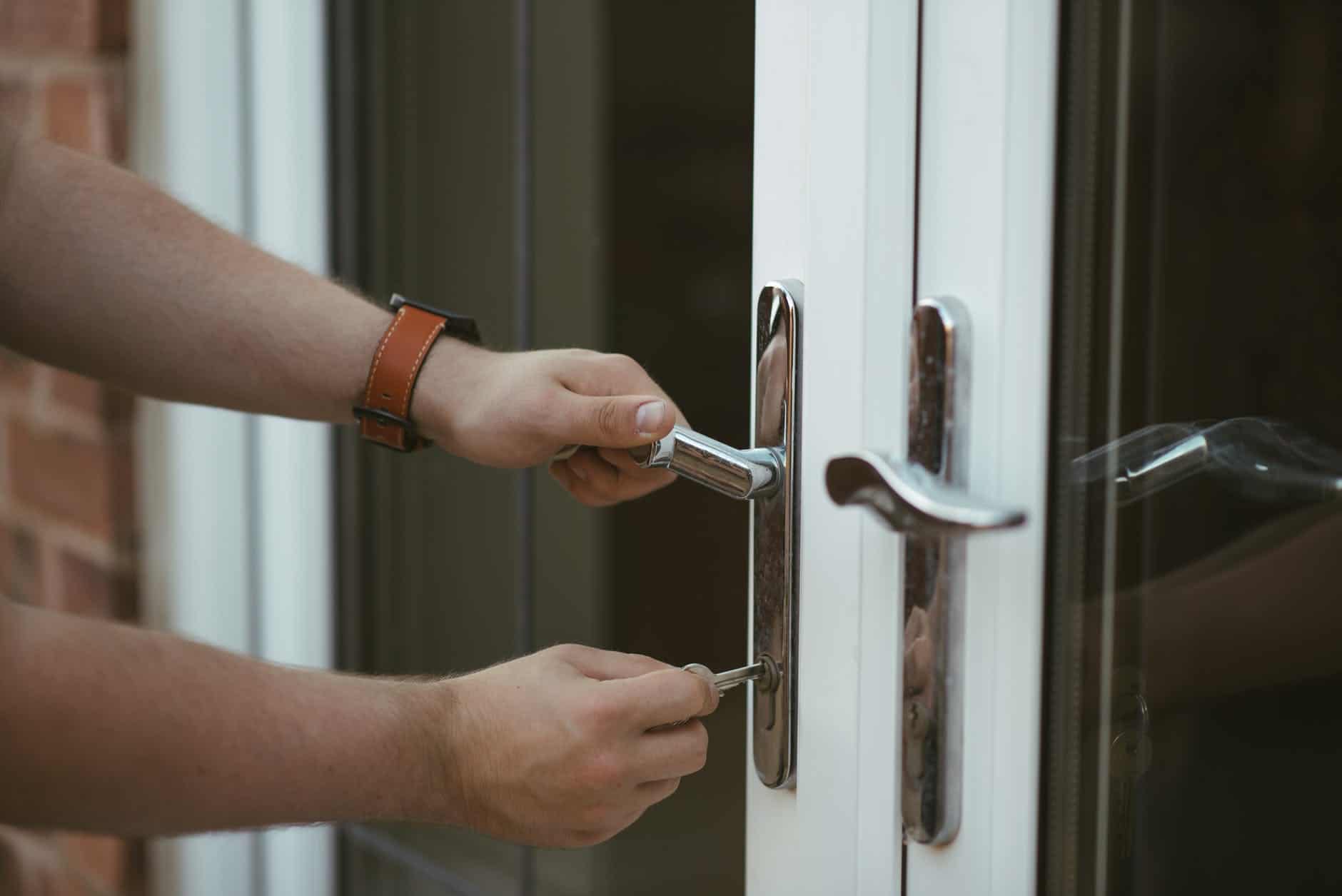 For many people, homeownership is a dream–and it’s a dream that’s slipping further and further out of reach in a city (and province) where detached homes cost up to or well over $1 million and bas


For many people, homeownership is a dream–and it’s a dream that’s slipping further and further out of reach in a city (and province) where detached homes cost up to or well over $1 million and basic one-bedroom condos cost well over $300,000.

It’s also harder to own a home following the implementation of the OSFI stress test–a federally-imposed test designed to cool the market that requires potential borrowers to qualify for mortgages at higher rates than they’ll ultimately be paying.

But the market is also more balanced now than it’s been the past, and it’s not impossible for buyers to purchase their first home in the GTA (although the market has been tilting into seller’s territory in Brampton in recent weeks).

But how has this change affected people and their ability to decide between owning and renting homes?

And more importantly: are renters actually happier than homeowners?

New national survey data collected by real estate website Zoocasa on current and 2019 housing outlook sentiments finds a recurring trend among existing homeowners and those aspiring to get on the property ladder: respondents who identified as long-term homeowners (10+ years) were most optimistic regarding the health of the market and their investment, compared to newer homeowners (less than 10 years), and renters.

Penelope Graham, a managing editor with Zoocasa, says that–and this shouldn’t come as a surprise–renters feel least confident overall about market conditions, their homeownership prospects, and their satisfaction with their current home.

Graham points out that, for many, owning a home is still considered the fulfillment of the “Canadian dream.”

Although owning a home has literally never been harder (the average detached house is almost 20 times the average middle-income earners’ salary), the majority of survey respondents say that buying a home represents an important milestone. That notion plays out amongst long-term owners (81 per cent), short-term owners (77 per cent) and renters (63 per cent).

Zoocasa says many renders long to own. In fact, its survey found that 92 per cent indicated they intend to eventually buy a home, with 59 per cent planning to do so over the next five years.

“There’s also the lingering perception that it’s better to pay into a mortgage than rent to a landlord; just under half of homeowners (49 per cent) believe paying rent is a waste of money, while 36 per cent of renters agree,” Zoocasa says.

At the end of the day, real estate is still considered a solid investment–even in markets where sales have slowed down.

Zoocasa says confidence in real estate overall remains high among those who currently own, with 50 per cent of long-term owners and 45 per cent of shorter-term owners in agreement.

Only 16 per cent of renters agree.

As expected, people who have been in the market for sometime–and who have seen their homes skyrocket in value–are happiest with their situation.

Zoocasa says 43 per cent of long-term owners say they live in their “dream home.”

Only 24 per cent of those who are newer to property ownership said their current home is their ideal residence, and only 7 per cent of renters indicated as such.

It looks like a slew of condo owners are still holding out for that house (perhaps even a town will do?).

That said, Zoocasa says that all groups are worried about the market and rising prices.

The majority of those who do not live in their dream home feel they will never be able to afford to do so should “current market conditions” continue (49 per cent of long-term owners, 47 per cent of short-term owners, and 66 per cent of renters).

Renters also appear to be most impacted by the current rising interest rate environment, with 28 per cent saying higher rates would impact their ability to buy property, compared to just 13 per cent of homeowners.

When it comes to housing, Canadians seem to want more government intervention–not less.

The survey says the majority (71 per cent) of Canadians believe the federal government should be doing more to help.

However, none of the groups polled are in support of the government raising taxes to do so, with only 20 per cent of homeowners and 41% of renters in agreement. 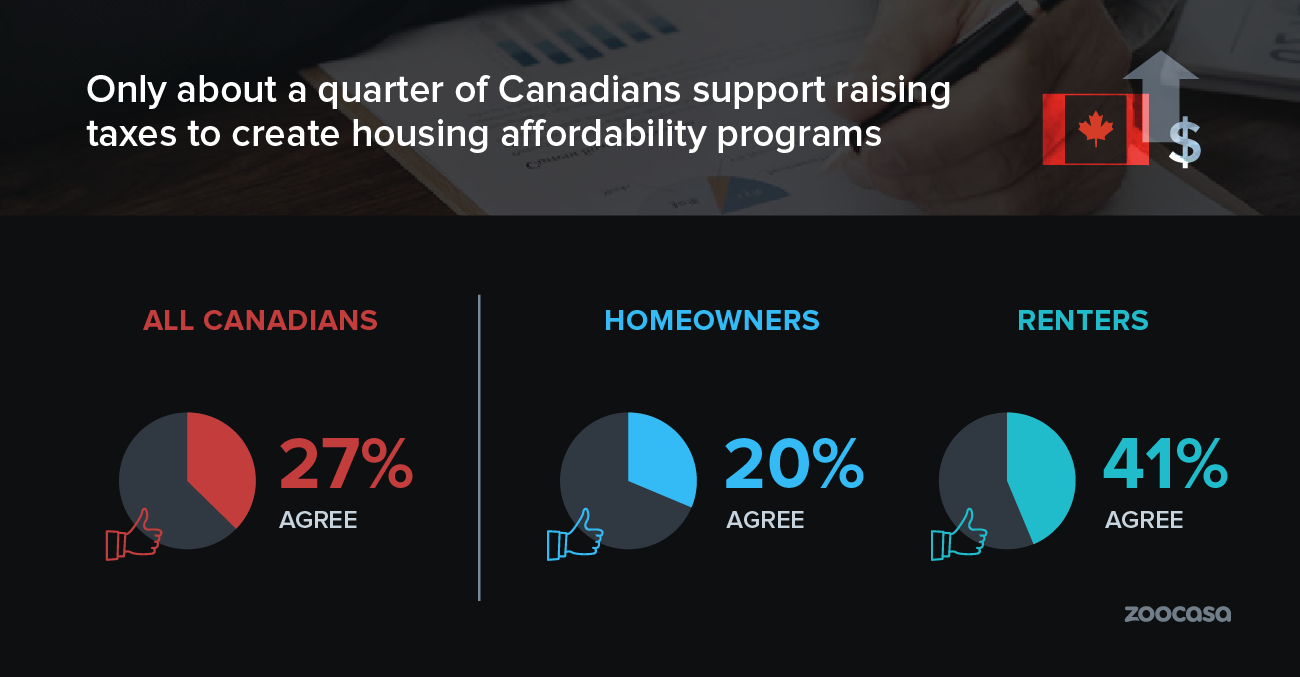 How confident do you feel about the housing market in Brampton?