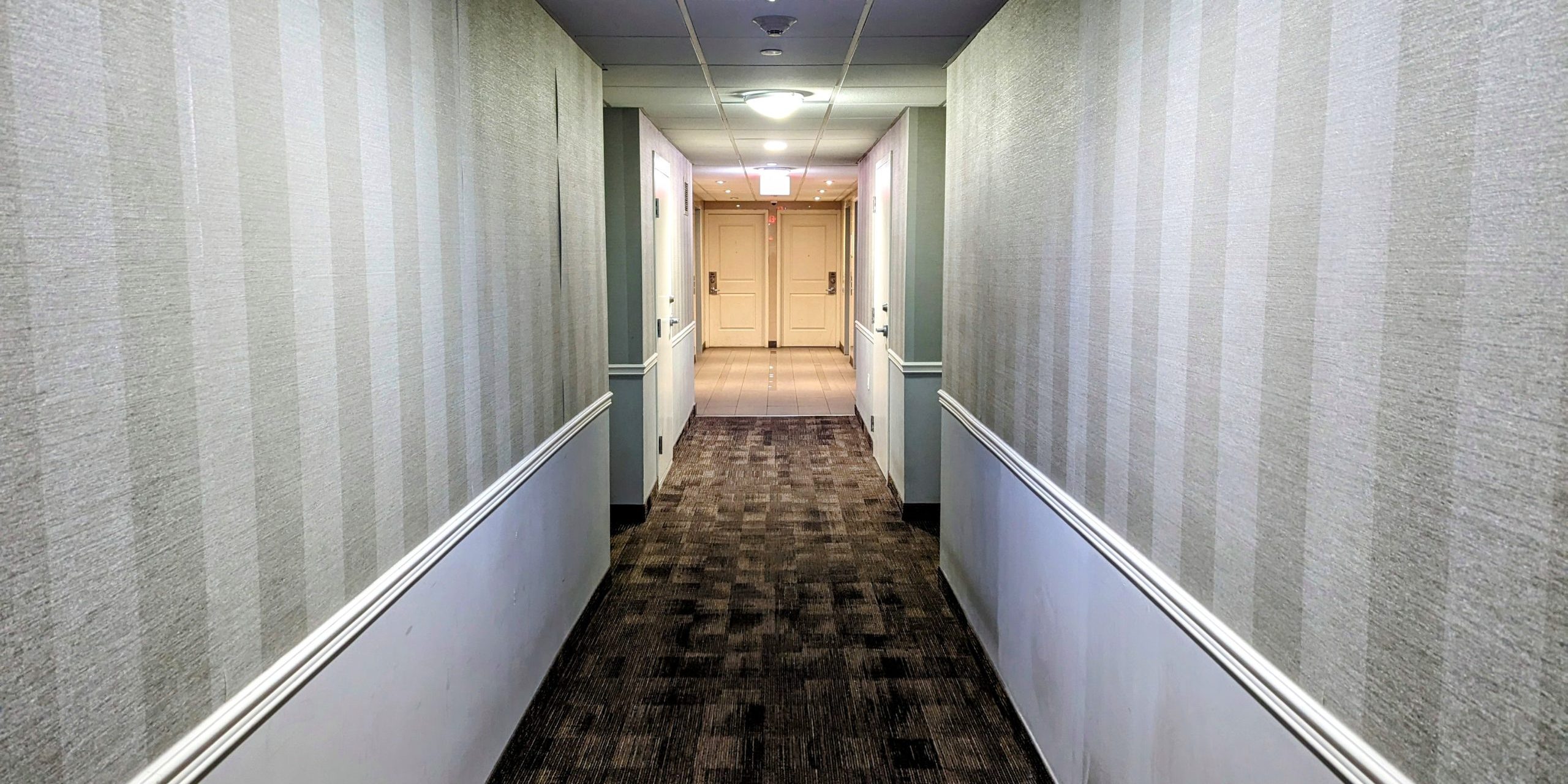 Hamilton rent prices have skyrocketed. For the first time, average monthly rents have surpassed $2,000 in Canada.

For the first time, average monthly rents have surpassed $2,000 in Canada with no signs of slowing down. And according to Rentals.ca and Urbanation, Hamilton has not been immune to skyrocketing rental prices, as the cost of a one-bedroom is up 21.3 per cent compared to the previous November.

Meanwhile, the two-bedroom cost in Hamilton has risen 12.7 per cent year-over-year.

Nationally, average rents rose 12.4 per cent year-over-year in November to $2,024, increasing 2.5 per cent from October and up 4.9 per cent in the last three months.

Average rents increased 10.5 per cent in Canada over the pre-pandemic Nov. 2019 average, and renters who have moved are paying an average monthly rent that’s $224 higher than last year.

“Rents in Canada are rising at an exceptionally high speed, which is having a profound effect on housing affordability as interest rates continue to rise,” said Shaun Hildebrand, president of Urbanation, a Toronto-based real estate data analytics company. “With the most expensive cities experiencing very low supply and the fastest rates of rent increase, regions with high population growth are seeing demand shift into more affordable areas.” 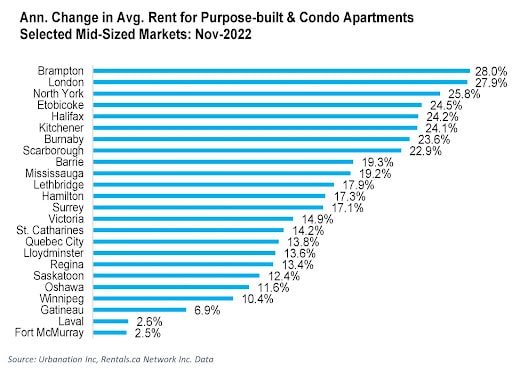 Among major markets in Canada with populations over 1 million, average rents for purpose-built and condominium apartments increased fastest in November for the most expensive cities. Vancouver rent is up 24.3 per cent to $3,104, and Toronto saw a 23.7 per cent increase to $2,864.

Year-over-year, the average monthly rent in November for a one-bedroom in Burlington was up 17.9 per cent and 11.7 per cent for a two-bedroom.

The average monthly rent in November for a one-bedroom in Mississauga year-over-year was up 19.4 per cent and 18.5 per cent for a two-bedroom.

Montreal – Canada’s largest rental market – had the slowest annual rent increase among major metros at 7.6 per cent to $1,817.