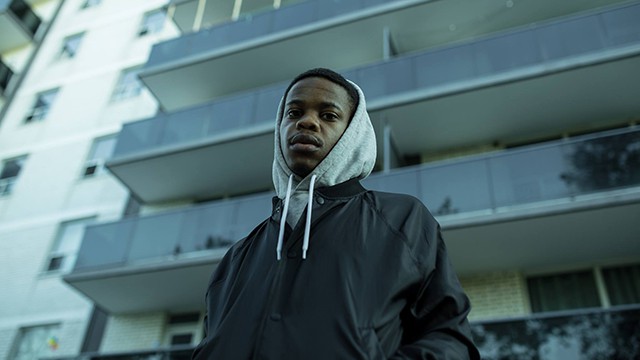 One of the Mississauga’s most promising musicians has come back with a brand new mixtape following a serious—and at one time, mysterious—illness that sidelined him for months.

Midnight. Start of an era. pic.twitter.com/7TCs9HZSxq

The mixtape was released on Jan. 25, a few months after River released the passionately furious single, “Burn the Boats.”

The Much Music Video Award nominee, best known for his critically acclaimed 2015 sophomore mixtape The Storm, took to social media in early 2018 to say he was initially suffering from vision loss and chest pain.

In a lengthy series of tweets, the popular hip hop artist explained his symptoms—which were stumping medical professionals throughout the city—and asked if anyone could recommend a doctor or specialist who might be better apt to deal with his persistent illness.

According an an Instagram post, River was officially diagnosed with intracranial hypotension (a condition characterized by negative pressure within the brain cavity) by a neurologist in January 2018.

The condition can be caused by a leak following a lumbar puncture, which River did undergo previously while doctors were investigating his previous symptoms.

On April 9, 2018, River’s brother took to Twitter to announce that the musician had finally undergone two surgeries to correct a brain fluid leak.

The new album is a solid return to form for the eloquent artist, boasting some aggressively thought-provoking tracks about misogyny, abortion and sexual assault. The Bastard of the North tune will likely appeal listeners who enjoy some scrappy Canadian bravado, and more casual hip-hop enthusiasts will likely enjoy some of the album’s jazzier bits.

All in all, it’s a bold and thoughtful album from someone who couldn’t deserve a better comeback.

Canada’s hip-hop scene is already thriving, but having John River back can’t hurt.

The album is available on iTunes and Spotify.