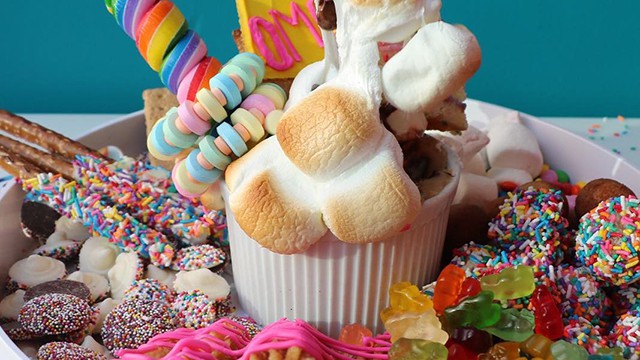 Happy #TravelTuesday! We're excited to announce that we've officially made it to Canada! Check us out at @TorontoPearson, Terminal 1. #YYZ #sweetlife #ohcanada pic.twitter.com/JunHwdjync

The store marks the brand’s first foray into Canada.

Interestingly enough, the candy-crazy brand was founded by Dylan Lauren (daughter of famous designer Ralph Lauren) in 2001. Known for (in its words) “merging the worlds of art, fashion and pop culture with candy,” Dylan’s Candy Bar appears pretty dedicated to encouraging consumers to embrace their inner child.

Any candy you want, they’ve probably got it.

The store, located in Terminal 1 near Gate D20, will be open and serving travelers from 6:00 a.m. to 10:00 p.m. (because it’s never too late or too early to enjoy delicious candy).

Did we mention that Obama is a big fan?