Obviously, no one in Niagara Falls has ever met businessman Samuel Zimmerman since he died way back in 1857.

However, smart money would say many, many residents and tourist have walked through his property over the years.

You see, when the man they called the “founder” of the City of Niagara Falls settled down within viewing distance of the fall, he sat on a 52-acre property. Those 52 acres are now part of Queen Victoria Park’s total lot size of 118 acres. So Zimmerman’s portion is nearly half that.

Of course, the City of Niagara Falls was not called that at the time. The actual falls bore the name but what the city went by at that time was the Village of Clifton. Much later, that would become Stamford.

Zimmerman himself started out as an enigma but later became perhaps the best-known man in a 100-mile radius.

Born in March 1815 in Huntington County, Pennsylvania, no one knew a thing about the man until he immigrated to Canada in 1842. The first 27 years of his life are virtually blank pages in the history books.

Once he landed here, it was a very different story as he grew to prominence quite rapidly making a fortune in construction.

He was responsible for the construction of four locks and an aqueduct on the Welland Canal. After that, he received a contract to build 129 miles of railway track for the Great Western Railway, thereby extending its lines to the Niagara River.

He was also instrumental in the construction of the second suspension bridge over the Whirlpool Rapids in 1854-1855. You can see that bridge in the art of the $3 bill at the top of this story and in the $5 note below.

A $5 bill from Zimmerman Bank in Niagara Falls.

At this point, Zimmerman owned a fair amount of property in Clifton. In 1848, he had purchased the Clifton Hotel, which he then renovated and enlarged. At the same time, he had also bought out and demolished unsightly buildings in the surrounding area simply for the property.

Around 1850, he purchased 52 acres of property in Clifton from the widow of Captain Ogden Creighton, the man who had established the village of Clifton. This land, which overlooked the American Falls, was the site on which Zimmerman later chose to build his estate.

After Zimmerman died, the Zimmerman Bank became the Bank of Clifton. It eventually folded in 1963.

In addition to his Clifton holdings, Zimmerman owned most of the land in Elgin, the southern village which developed around the bridgehead on the Canadian side of the Suspension Bridge. As a result, he increased his fortune substantially through his real estate ventures.

In the 1850’s, nearly everything in the towns of Clifton and Elgin revolved around Samuel Zimmerman. He established a Post Office in Clifton in 1854.

He incorporated the Zimmerman Bank on May 19, 1855, and opened his own bank at the corner of Bridge St. and Clifton Avenue (now Zimmerman Ave.)

Zimmerman decided to build an estate on the 52 acres of land which overlooked the American Falls in Clifton. He had landscaped the grounds, built the fountain that remains in his name to this day, as well as built stables and gatehouses.

He was in the process of building his home, when he was killed in a rail accident at the Desjardins Canal, on March 12, 1857. Ironically, Zimmerman had been repeatedly warned about the unsafe condition of his rail lines by railway staff, but had done nothing to address those concerns.

So, in the end, the man who had been instrumental in bringing the railway to Niagara died in a rail accident.

The day of Samuel Zimmerman’s funeral was declared a public holiday. He was temporarily buried in a private vault on his estate, and was re-interred in the present day United Church Cemetery in St. David’s beside his first wife, when the Queen Victoria Parks Commission acquired his lands in 1888. 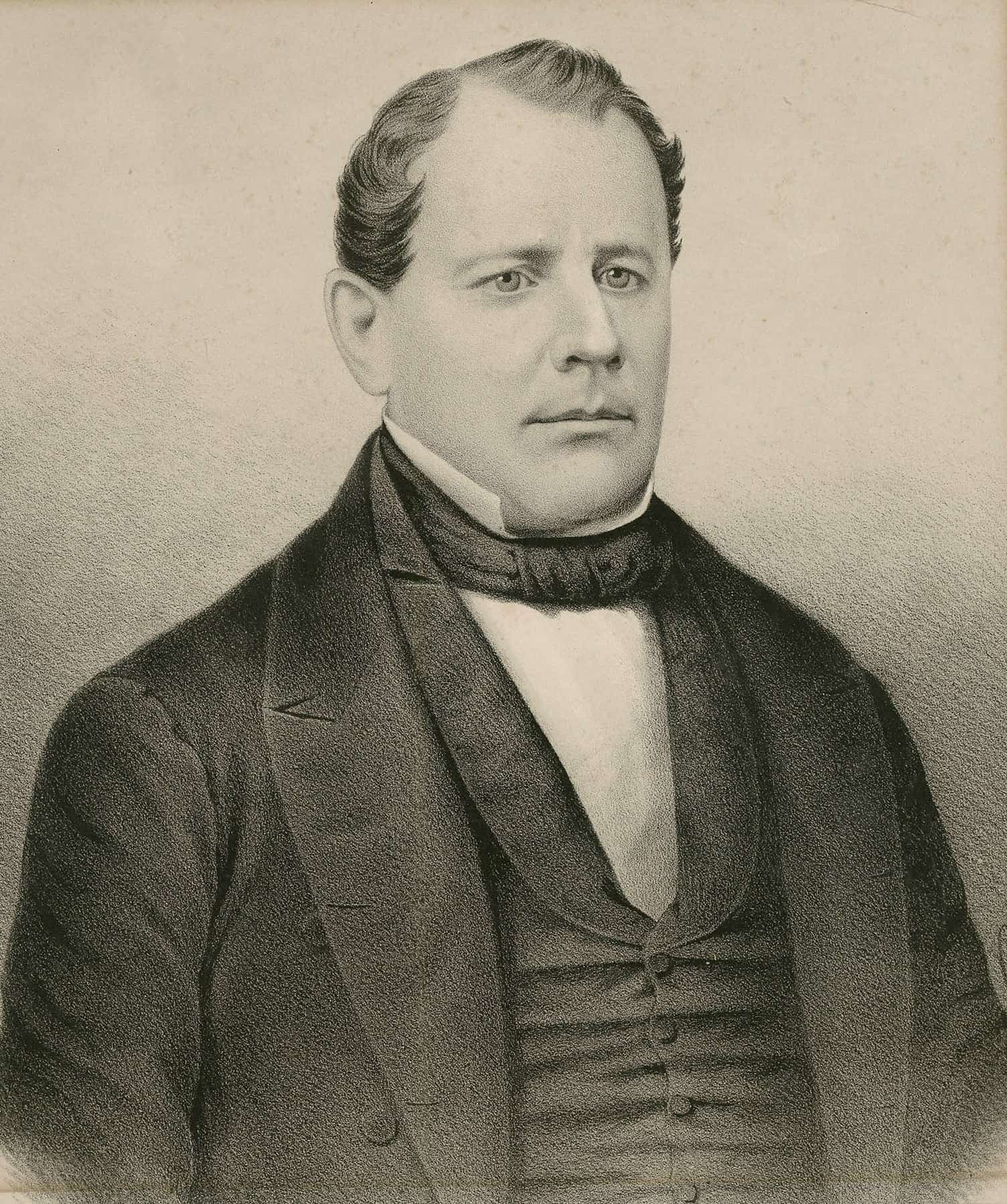 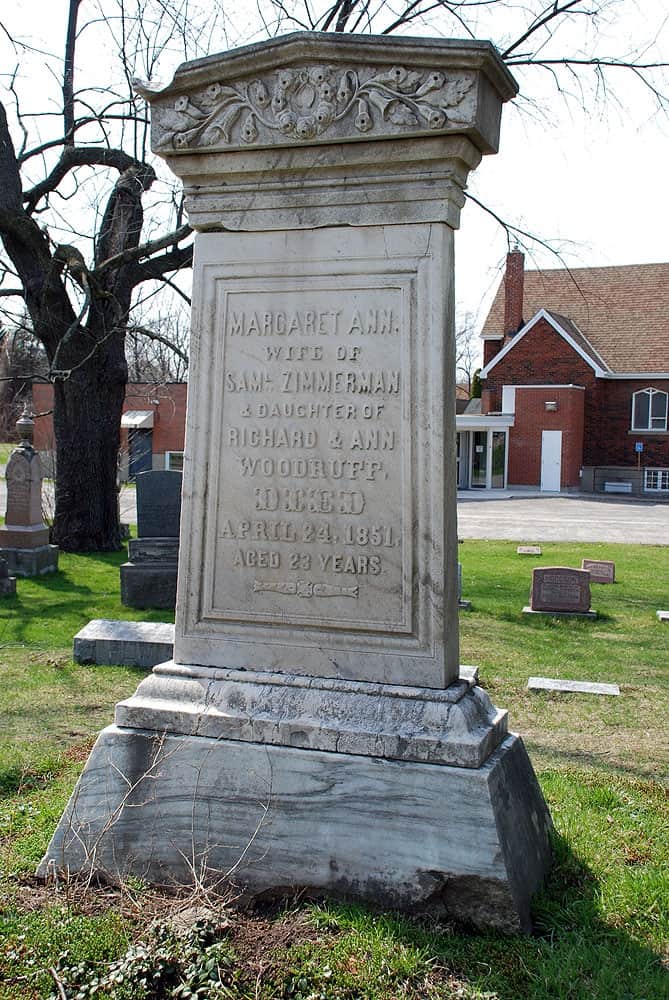 Samuel Zimmerman, left, was originally interned in a vault on his estate but was shifted to a plot beside his wife Margaret in what is now known as the United Church Cemetery in St. David.