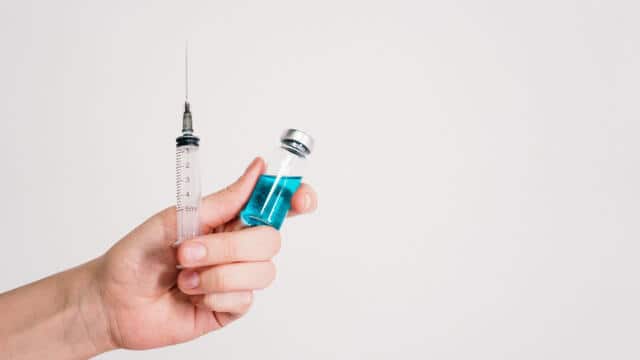 At a recent Peel Regional council meeting, councillors voted in favour of a motion calling on the region to roll out its own mobile vaccination clinics targeting essential workers in such high-risk, high-transmission sectors as warehousing and manufacturing.

According to Peel Public Health, 377 workplace outbreaks have been reported since the start of the pandemic, with 37 per cent occurring in the manufacturing/industrial sector.

The motion, put forward by Mississauga Councillor Carolyn Parrish, was passed a day after the province announced that all residents who are 18 years of age and older who live in select “hotspot” neighbourhoods in Peel (Brampton, Mississauga and Caledon) and Toronto will be eligible to be vaccinated.

“Motion passed unanimously: Peel, under supervision of the Medical Officer of Health, creating a mobile vaccination program for workers in high infection workplaces,” Parrish wrote on Twitter on April 8.

“Vaccinate all who wish to be vaccinated, regardless of age. Peel Council steps up for those in essential services.”

At an April 9 press conference, Mississauga Mayor Bonnie Crombie said that the region’s program, once implemented, will run parallel to the province’s program.

The motion, initially introduced at a Mississauga council meeting, calls for mobile units to go into high infection workplace sites in Caledon, Brampton and Mississauga to vaccinate all workers wanting to be vaccinated, regardless of their age. The motion argues that on-site vaccinations will necessitate only a 20-minute pause in worker productivity, which will appeal to those nervous about taking time off (and potentially losing pay) to get jabbed.

The motion also asks that the mobile program include those employed in schools, transit workers and other essential workers exposed to multiple human contacts, regardless of age.

At regional council, the motion received slight pushback from some Peel staff members who raised concerns about the clinics being difficult to set up and potentially taking time, staff and resources away from mass vaccination centres.

Dr. Lawrence Loh, Peel’s Medical Officer of Health, said that while there is a place for mobile vaccination clinics (the region is already utilizing them) in the overall vaccination rollout, the mass vaccination sites remain the backbone of the plan and the best way to get residents vaccinated.

Loh also said that prioritizing vaccinations for older residents is important, adding that most COVID fatalities have occurred in seniors.

“Going into these factories [is] the thing to do. I know doing [vaccinations] by age may be elegant, but it’s not hitting the person who needs it the most. It’s not hitting poor people, people who can’t speak English…people who have no clue how to go out and get a needle,” Parrish said.

“It may be elegant and it may be fair, but it’s not hitting the people it should be hitting. This is a blanket treatment on a problem and it’s not working. I think we don’t wait for the province to do a damn thing about this, we have permission to [use] mobile clinics and step up…If we wait for the province, we’ll wait for every restaurant and small business to close. This is a disaster.”

Parrish suggested that the region could study the potential use of articulated buses as a means of transporting vaccines to high-risk workplaces, adding that England has had success with a similar program.

“Vaccines require special handling and there is a role for mobile in there, but it’s not necessary for those who can easily come to our mass vaccination clinics where we can put thousands of people through in a day,” Baker said.

“We’d have to take staff out of mass clinics and look at how to handle the vaccines. Some of them quite frankly we can’t transport in this fashion in order to ensure they remain viable. At the end of the day, we all want the same thing and we have experts here that have been working day and night to figure these things out and now that we have priority from the province to get to essential workers and educators, let our experts figure out how we can get to these individuals and how to get arms to needles and needles to arms with people who need that support.”

Baker also recommended waiting for the province to reveal more details about its mobile vaccination program before preceding with a regional initiative.

“We know that sticking to a plan with mass clinics as a backbone is the best plan. We do see value in mobile clinics as well. It’s all very new and the province has indicated that there will be mobile units we can rely on, if anything, we need a little bit more time to figure out mobile can be used as an adjunct,” Loh said.

“We can make mobile elegant too in terms of helping people who can’t get off work or get to a mass vaccination clinic.”

Parrish said that the buses are just one suggestion and that the region can study other methods.

“I’m giving you the task to figure out how to do this and figure it out quickly. If we stop that spread in those 3,000 people and their families and their kids and their classrooms, we benefit the GTA,” Parrish said, adding that too many people are not benefitting from mass vaccination centres.

“We’ve got to be leaders here, we cannot wait for the province.”

Details about both the regional and provincial mobile (or pop-up) vaccination programs are expected to be revealed soon.