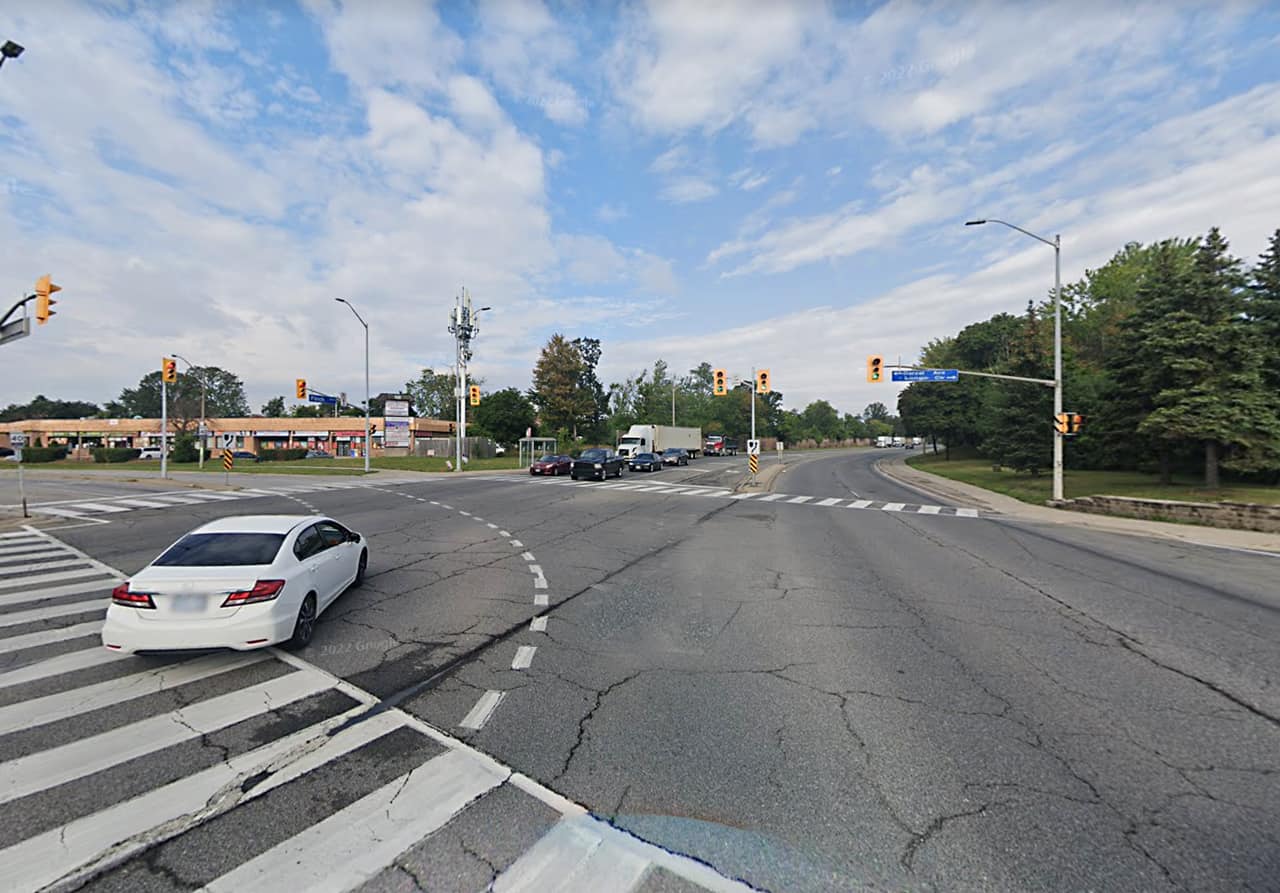 Mississauga drivers will want to take note of a new red light camera proposed for a “notorious” intersection.

The new camera for the intersection of Finch Avenue and Darcel Avenue/Longo Circle will considered in the 2023 budget, the Region of Peel council decided on Sept. 22.

Drivers are continually running red lights and it has been the scene of several accidents, including a major one this past Saturday (Sept. 17), said Coun. Carolyn Parrish who proposed the new camera.

“What’s happening there is people or trucks are bombing down Finch to get to the (Hwy) 427 ramp,” said Parrish. “And they’re going through that red light constantly.”

Around 4 a.m. on Saturday (Sept. 17), a driver smashed into a transport truck and a sound wall, Parrish said.

“The car was coming around the bend at a huge speed and took out the back end of a transport truck also took out one of our sound walls,” she added. “But since then, I got the police report that since Saturday, there have been two more personal injury accidents there.”

“I know the intersection, it is notorious,” Crombie said.

Although the intersection is ranked number 277 in a list for red light cameras, Parrish said a former police officer is asking for one at this particular intersection.

“I think it is an incredible way of saving a lot of property damage, a lot of personal damage,” said Parrish.

Regional chair Nando Iannicca pointed out that the camera could earn those funds back through tickets.

“For better or worse it’s a revenue source as well,” Iannicca said.

Staff will look at the possibility of getting temporary red light cameras in the future.

In the meantime, the red light camera for the Finch Avenue and Darcel Avenue/Longo Circle intersection would be installed sometime in 2023, if approved in the 2023 budget next year.