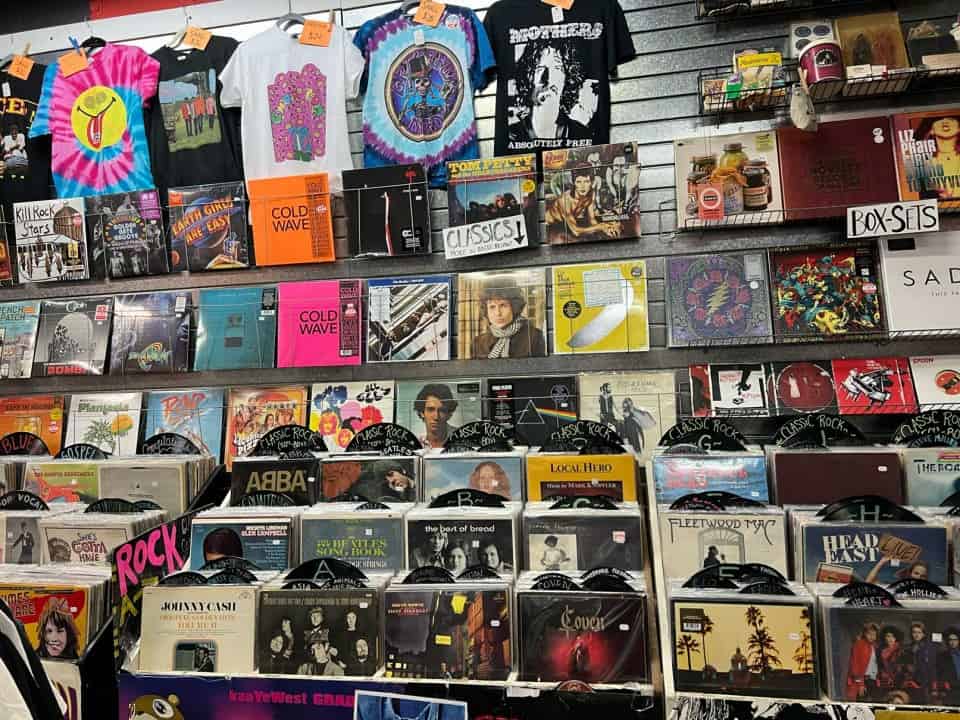 June 18 was added to the RSD lineup because of supply chain issues that prevented many of the promised titles from arriving in stores in time for the big day. So while April 23rd’s event may have had better titles – especially as it was the 15th annual celebration of independent record stores – this weekend’s event was at least as busy, especially as they were able to spread it over two days.

“For RSD Drops June 18 the hot items were Prince, Pearl Jam, Miles Davis. Collective Soul and Paul McCartney,” Lessard said. “Lots of people told us they enjoyed the first one better and we do have more titles left.”

“But Sunday was a crazy because of Father’s Day. That day I sold more classic rock and 80’s because of ‘Stranger Things.’ Also, Kate Bush, Talking Heads, Dead or Alive, Journey and Kiss. People were calling me for ‘The Safaris – Wipeout’ and ‘Musical Youth – Pass the Dutchie.’

It’s amazing how kids today are being introduced to classic music.”

The second record day line-up was also a little shorter than promised, though this time it was not because of supply chain issues. Instead, several of the big labels decided to delay some of the releases until the big Black Friday event the day after American Thanksgiving.