Recall of fire hazard-posing patio umbrellas sold at Costco in Hamilton, Mississauga and across Canada 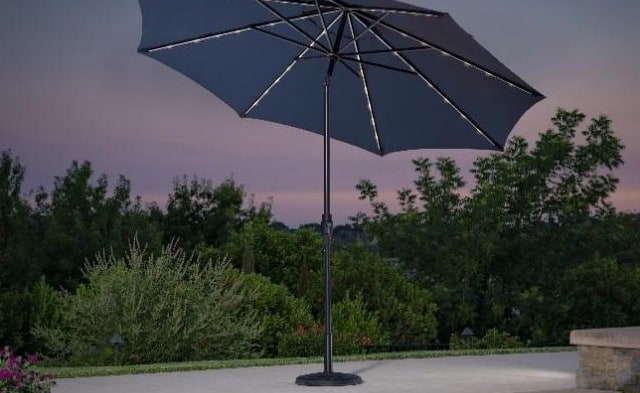 More than 32,000 patio umbrellas with LED lights that were sold at Costco stores in Hamilton, Mississauga and across Canada have been recalled because the batteries overheat.

Health Canada, due to a potential fire and burn hazard, issued an “immediately stop using” recall today (June 23) of over 32,000 SunVilla 10-foot Solar LED Market Umbrellas. The patio umbrellas come in a myriad of colours and have LED lights on the inside arms of the umbrella, according to Health Canada. However, the company has received one report in Canada of a lithium-ion battery overheating and an umbrella catching fire, as well five reports from the United States of batteries overheating. In four of those instances, the umbrellas caught on fire.

No injuries have been reported in Canada, but there was one report in the U.S. of a smoke inhalation injury. Customers who purchased the umbrella should return it to Costco and expect a full refund.

“The umbrellas have a solar panel with a black cover on the back of the solar panel puck,” Health Canada says. “The solar panel cover is marked with ‘YEEZE’ or ‘YEEZE 1’ near the top of the cover. The affected product brand name is ‘SunVilla Corporation.’ ”

Along with immediately ceasing their use of the umbrella, consumers should also do the following before they return the umbrella:

Affected consumers can contact SunVilla (866-600-3133 and/or [email protected]). There is also an information page at sunvilla.com/pages/recall.