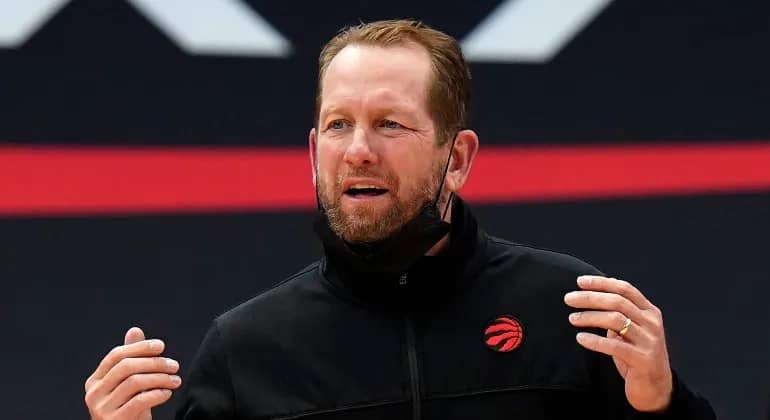 Nick Nurse, coach of the Toronto Raptors, is coming out to Hamilton tomorrow to introduce the east end’s new pro-level outdoor basketball court, which the Arkells raised the money to build.

The band announced through its social media account that Nurse will be coming to the 1 p.m. official opening of The Rally Court at Woodlands Park at Barton and Wentworth N. streets. The Arkells took a lead in raising $80,000 for the construction of the court after frontman Max Kerman approached the area’s city councillor, Nrinder Nann, about refurbishing the outdoor recreational facilities in the east end.

“Hope to see everybody there,” Nurse said in a video, recorded before the NBA Draft on Thursday night.

The court features upgraded backboards and lighting, spectator bleachers, and acrylic court surfacing. Nurse and his eponymous foundation were among donors to the project along with the Hamilton basketball community, professional referee Ron Foxcroft and the Foxcroft Family Foundation, Superfan “Nav” Bhatia, and Canada Basketball CEO Michael Bartlett.

Nurse, of course, guided the Raptors to the NBA championship in 2019. Many Hamilton residents took to the streets that night with team flags to celebrate the victory.

Along with his post with the Raptors, Nurse is also head coach of the Canadian men’s national team. Canada is facing the Dominican Republic in a FIBA Basketball World Cup qualifying game at FirstOntario Centre in Hamilton on July 1.

International basketball typically does not draw as much fervour as World Cup soccer, but Kerman has been a solid support of Canada in hoops. Last summer, amid heavy COVID-19 protections, Last summer, Kerman was on hand in Victoria, B.C., to support Canada when it hosted a Olympic qualifying tournament, and wore the national team jersey of fellow Hamiltonian Kia Nurse, who is a veteran guard in the WNBA and a two-time Olympian.