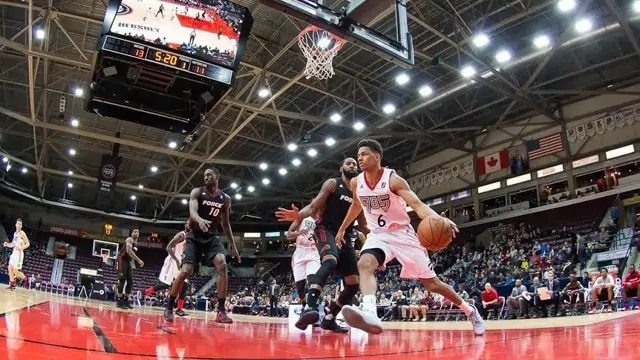 The Raptors 905 basketball team, the Mississauga-based  developmental outfit of the NBA’s Toronto Raptors, had to postpone two home games this week due to COVID-19, but fans won’t miss any action.

The NBA G League club, which has seen its roster depleted due to a number of players being called up to bolster NBA squads facing COVID-related issues, says the two games will be made up early in the new year and fans’ tickets will remain valid.

A Dec. 28 game and another slated for tonight (Dec. 30), both against the Grand Rapids Gold at the Paramount Fine Foods Centre in Mississauga, were postponed when the league decided last week to shut down and restart on Jan. 5.

Raptors 905 officials say once they have new dates scheduled to make up the postponed games, fans will be notified.

Ontario Premier Doug Ford said earlier this month that, among other measures to fight the spread of the new Omicron variant of the virus, capacity limits at Ontario venues with regular seating for more than 1,000 people were being cut to 50 per cent.