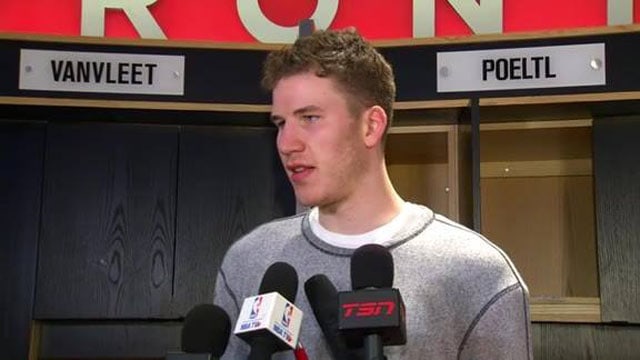 The Raptors 905 announced that rookie centre Jakob Poeltl was assigned to the D-League team today via Twitter.

While there was no question that Poeltl would spend a significant amount of time with the 905, it did come as a surprise as to how long the Raptors kept him with the squad. He especially came in handy at the very beginning of the season when he filled in for the recovering Jared Sullinger, giving starting centre Jonas Valanciunas a breather.

Not bad for a rookie learning the ropes of the NBA.

The 905 are in action today with a home game against the Atlantic Division’s Maine Red Claws (4-2) at 2 p.m. The 905 have played three less games than the Red Claws but are undefeated to start their season.

It is uncertain if Poeltl will be in the building or eligible to play in the game since the Raptors were in Milwaukee Friday night for a 105-99 win over the Bucks.