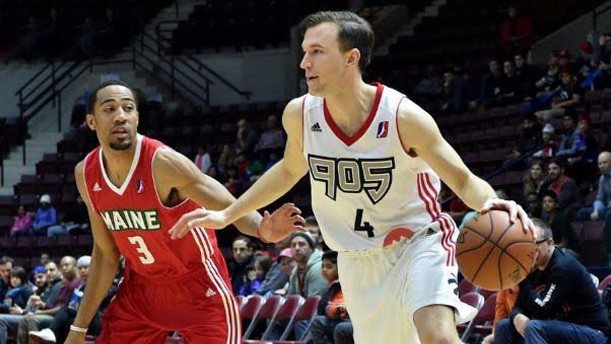 It was an incredible December for the Raptors 905 (12-5). The squad only recorded three losses all month with their latest one coming at the hands of the Atlantic Division leading Maine Red Claws (11-7) Thursday night.

The downside, it was one of the lowest scoring games from the 905 in franchise history and was marred by a seven point third quarter.

Maine won’t get let off easy though.

Their offence wasn’t the sharpest either with 16 points in the same quarter and 38.6 percent shooting from the field; not much better than the Raps at 30.8 percent and a shockingly low 12.5 percent from 3-point range.

But in the unusual game for either squad, the stage was set for their big men to rise to the occasion. Both squads had more than half of their total points scored in the paint.

Maine’s centre Jordan Mickey led all scorers with 20 points, six offensive boards and three blocked shots in 28 and a half minutes.

The 905’s seven-foot silent killer Edy Tavares put up a double-double of 15 points and 11 rebounds with five blocked shots.

Tavares remains one of the top ranked centres in the league for shooting percentage.

Though it wasn’t the best way to end the month, and the year for that matter, the 905 still have lots to look forward to with the steady improvement from key players and resiliency on defence throughout the opening months of the season.