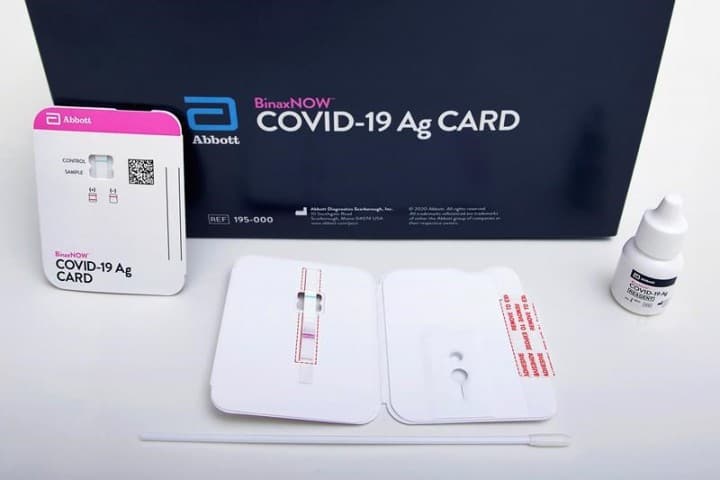 More than 3.8 million rapid tests for COVID-19 are now in the hands of provincial health authorities but many jurisdictions are still evaluating how the devices might help battle the pandemic.

Health Canada has approved more than three dozen different tests for COVID-19, but only six of them are “point-of-care” versions more commonly referred to as rapid tests.

The “gold-standard” COVID-19 tests need to be processed in a lab, and usually take at least a day to provide results. Rapid tests can be processed in the same place a patient is tested, sometimes in as few as 15 minutes, but they are generally considered less reliable than lab results.

There are two different kinds of rapid tests. One, like the traditional lab-based version, looks for the genetic material of the novel coronavirus. The other looks for the specific markers the virus leaves on the outside of a cell, known as antigens.

Since Sept. 29, Canada has announced plans to buy nearly 38 million rapid tests from five different manufacturers, and began sending the first shipments to provinces in the late last month.

As of this week, more than 3.8 million have been delivered.

They aren’t changing much yet.

Most jurisdictions are still not whether they can fully trust the results, or figure out the best way to use them. In almost all cases, the rapid-test results are still being verified by also testing a patient with the lab-based version.

Ontario Health said Friday the province has started to “roll out” some rapid tests focused on detecting outbreaks and in rural settings where lab tests are harder to access.

Ontario Health will study the results of the initial rollout “to inform possible expansion of the use of this technology,” the department’s spokespeople said in a written statement.

Dr. Vera Etches, the medical officer of health in Ottawa, says her city’s testing team is looking at some pilot projects to use rapid tests, such as at a long-term care home with a suspected outbreak. But she said there are still concerns rapid tests might not be as reliable as the lab tests.

“We’re still needing to study how much would COVID be missed by tests that are falsely negative,” she said.

British Columbia health officer Dr. Bonnie Henry said Thursday that her province is still validating the ID Now tests at the BC Centre for Disease Control.

She said B.C. has also received some antigen tests but those aren’t yet being used.

“The challenges we have are that they’re not as sensitive, so they don’t pick certain things,” she said.

“But we do know that they can play an important role in places like where we have a cluster of people with an illness and we need to rapidly determine if it is COVID or not. If several people are tested and they’re all negative, that’s reassuring. If one of them is positive, that tells you that this is probably an outbreak that you’re dealing with.”

Manitoba has sent several ID Now test kits to remote communities where lab tests can take longer, and to a Winnipeg hospital in the midst of a COVID-19 outbreak. But health workers are still learning how to use them. The swabbing must still be done by trained professionals.

A spokeswoman for Manitoba Health said this week the tests will likely start being used there by the end of the month.

As with Ontario and B.C., Manitoba Health is viewing the rapid tests as experimental, verifying most rapid tests with the lab-based model and then studying the results overall to see how they’re working.

Manitoba Health plans to use the antigen tests it received only as a screening tool, but is still validating the accuracy of antigen tests overall.

A spokeswoman for the Quebec health ministry said Friday Quebec has received 30,000 ID Now tests, and 547,000 antigen tests, known as Panbio, made by Abbott Laboratories.

Marjorie Larouche said in a written statement that the rapid tests are “less sensitive” than lab-based tests.

“Deployment must therefore be carried out in a very supervised and co-ordinated manner,” she said.

An expert committee was set up in Quebec to decide how the tests should be used and is evaluating them in several pilot projects in hospitals in the Montreal and Quebec City areas.

Quebec is looking at using the tests in remote areas, for health workers, screening clinics, long-term care facilities and schools.

“The date for the distribution of tests has not yet been determined,” she said, adding it is expected before the end the year.