Randle Reef: Over a century of contamination removed from Hamilton Harbour 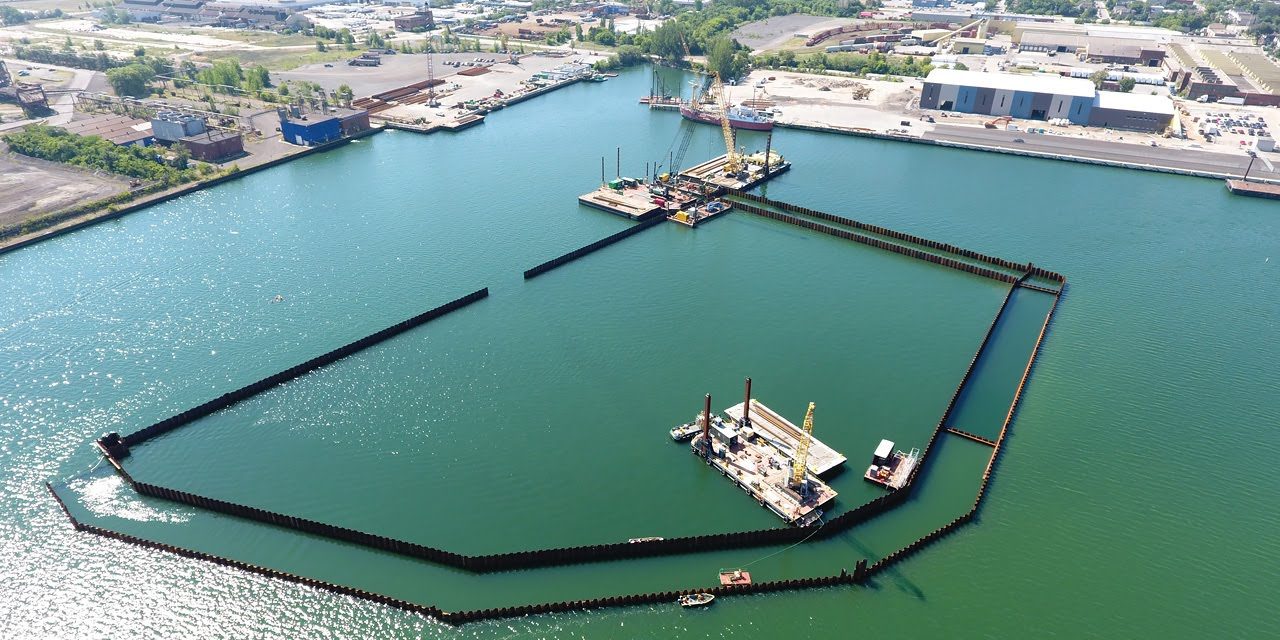 Hamilton Harbour is ready for the third and final step of a large-scale cleanup that has already removed over 615,000 cubic metres of contaminated sediment

Hamilton Harbour is ready for the third and final step of a large-scale cleanup that has already removed over a century of contamination.

The sediment was primarily dredged and placed into an Engineered Containment Facility (ECF) constructed during the first stage, while the remaining contaminated sediment was capped in place. As part of the third and final stage of the project — scheduled to begin in fall 2022 and be completed by 2024 — a multi-layered environmental top will be placed on the ECF.

“Local residents will be happy to know that we are cleaning up the local harbour from the long legacy of industrial activity through a model of collaboration between many partners,” Steven Guilbeault, Canadian Minister of Environment and Climate Change.

Once complete, Randle Reef is expected to provide valuable economic opportunities that will be managed by the Hamilton–Oshawa Port Authority.

This is a major step in the remediation of this watershed, and part of our commitment to protecting Canada's fresh water and those who rely on it. pic.twitter.com/pr4UbLZNjf

The federal government says the port lands on the Randle Reef remediated site could generate an estimated $167 million in economic benefits for the local community “by creating good jobs, growing business development, and generating tourism.”

“Collecting and containing the contaminated sediment is a key step in the remediation of Randle Reef and an incredibly important part of our efforts to transform Hamilton Harbour into a healthy ecosystem and a viable waterfront for all to enjoy,” said Mayor Fred Eisenberger. “The City of Hamilton is proud to be one of seven funding partners participating in this vital project under the tremendous leadership of our federal and provincial governments.”

“We also thank our municipal partners and Stelco for their collaborative efforts to get Randle Reef cleaned up,” he added.

Randle Reef is located in the southwest corner of Hamilton Harbour and covers approximately sixty hectares. In 1987, the harbour was identified as an “area of concern”, as described under the Canada-US Great Lakes Water Quality Agreement.