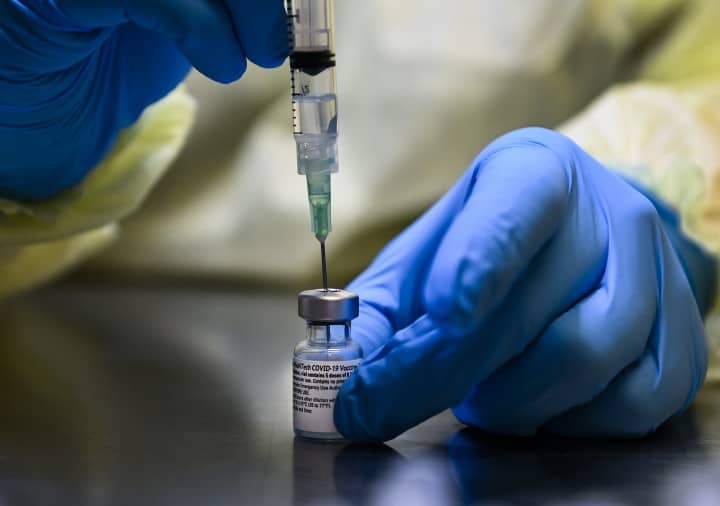 A leading Canadian health expert on the federal government’s COVID-19 Task Force says the pandemic should be viewed as a wake-up call for Canada to create its own domestic vaccine manufacturing capacity.

“The government’s made hints of doing it. But I think the sooner we get on with it, the better,” Bernstein, who is also the head of the Canadian Institute for Advanced Research (CIFAR), said in an interview Friday.

“We need domestic vaccine production capacity in the country for the next pandemic, and also for this pandemic. If there are variants arising, we may be designing second, third-generation vaccines and vaccinating the population for the next two or three years.”

On Friday, Moderna announced that production delays would cut into its upcoming deliveries of vaccine doses to Canada. That followed Pfizer and BioNTech having cancelled an entire shipment of its COVID-19 vaccine to Canada this week, after reducing its previous shipment by 20 per cent, due to a temporary slowdown while its production facility in Belgium is being upgraded.

Bernstein said “hiccups” are to be expected with vaccine shipments, but that shouldn’t prevent the government from pressuring pharmaceutical companies to ensure timely deliveries.

“It’s one thing to do a trial where you’re making enough vaccine to vaccinate 60,000 people. It’s a totally different matter when you’re scaling up to vaccinate not just 35 million Canadians, but about a billion people in western Europe and North America, never mind the rest of the world,” said Bernstein.

If Pfizer and Moderna make good on delivering their combined promise of six million doses by the end of March, that is going to put immense pressure on the federal government and the provinces to finish carrying out timely vaccinations of as many as three million people in the next eight weeks, said Bernstein.

“That’s a lot of people to vaccinate in a very short period of time. So the provinces have their work to do as well as Ottawa in holding those companies’ feet to the fire.”

Bernstein says the fact that Canadians are anxious about vaccine delays suggests that the much-feared “vaccine hesitancy” — a reluctance by people to be injected with new, unproven drugs — may not be as prevalent as health experts once feared.

Bernstein also says that even though it is counterintuitive, Canadians and citizens of other developed countries must accept the fact that five to 10 per cent of their vaccine supplies should be going to less-developed countries,

Otherwise, he said, global trade and travel will suffer, and that will be to the detriment of rich countries too.

“We’re kidding ourselves if we think that by vaccinating every Canadian, we’re safe. We’re not, because there’ll be mutants arising and people move around, despite the ban on transportation that the prime minister announced,” said Bernstein, who is also the founding president of the Canadian Institutes of Health and Research and member of the scientific advisory committee of the Bill and Melinda Gates Foundation.

That means an otherwise healthy 20-year-old Canadian might also have to understand that it is not in their interest to be vaccinated before an older person in a poorer country, he suggested.

“We’re a trading nation. And so if we can’t trade our goods with other countries, and vice versa, because we don’t want people coming in, or even objects coming in from other countries, that 20 year old is going to suffer because he’s going to lose, or she will lose, their jobs.”