Queen Victoria and her decades long-standing connection to Niagara Falls

Spectators gather at a sporting event held at Niagara Falls' Queen Victoria Park back in 1900. (All photos courtesy of Niagara Falls Public Library)

Despite the fact that many members of the Royal Family have, Queen Victoria of England (1819-1901) – the very one whose birthday, May 24th, Canadians are celebrating this weekend – never visited Niagara Falls.

That said, Niagara Falls celebrates her every day of the year with a park bearing her name directly across from the American Falls and well within view of the Horseshoe Falls.

According to the Niagara Falls Public Library (NFPL), while most of refer to this as the May Two-Four Weekend, honouring both her birthday and a cheeky nod to beer, “Even though some young people may not be familiar with this holiday, Victoria Day celebrates one of the longest reigning monarchs in the United Kingdom on her birthday.”

They mention “one of the longest” because while the length of Victoria’s reign stood as the longest run for many decades, the current Queen Elizabeth passed her a few years ago. 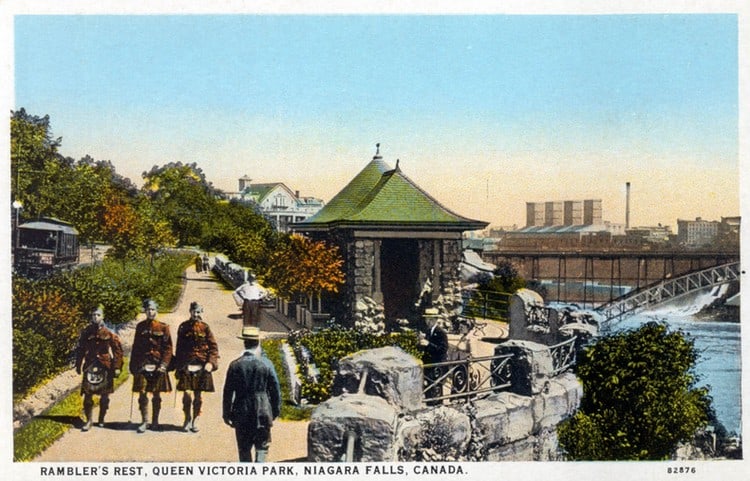 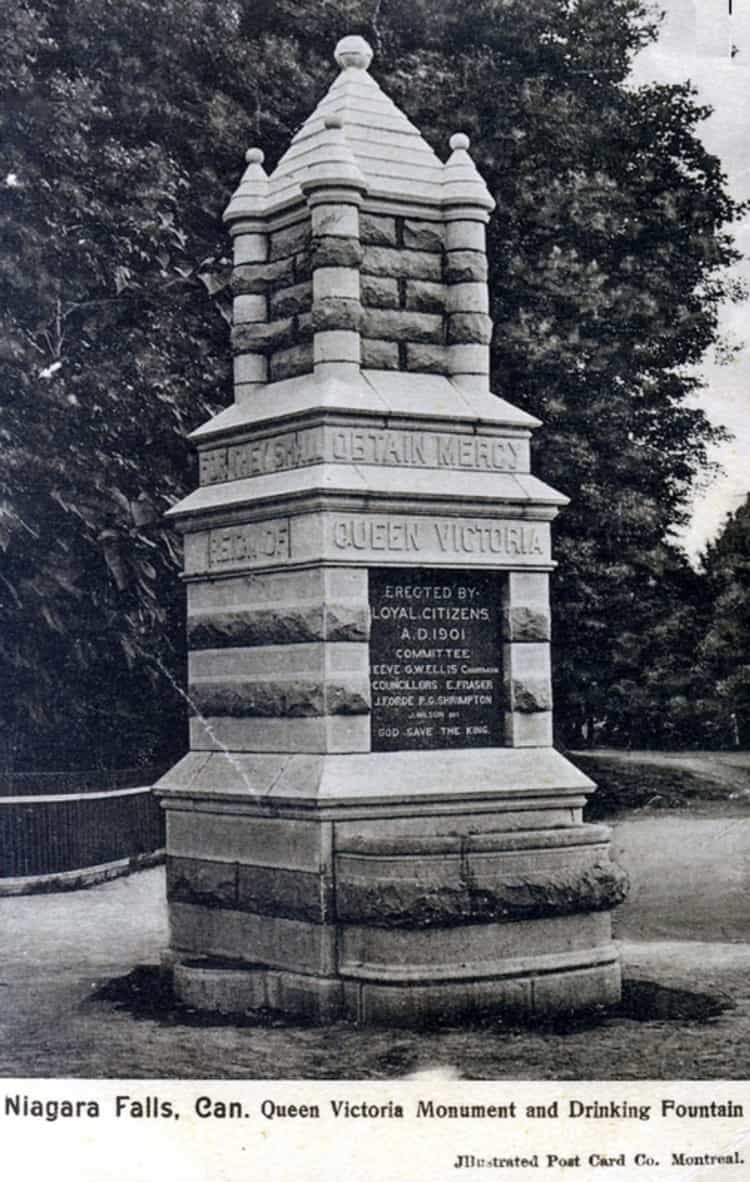 To the left, strolling through Queen Victoria Park, circa 1940s. The monument to the beloved monarch.

Said the library, “Queen Victoria was 18 years old when she ascended the throne in June of 1837 and ruled the British Empire for more than 63 years.  During the Queen’s lifetime, Victoria Day was celebrated with much patriotism.”

The NFPL added that many military parades, band tattoos, as well as sporting events were usually part of the day’s festivities. “After listening to lengthy patriotic speeches, citizens often ended the day with bonfires and fireworks displays.”

As far as Niagara Falls is concerned, the connection to Queen Victoria are immediate and pronounced.

“The city of Niagara Falls bears many other reminders of Queen Victoria and her popular reign. In 1888, the official opening of the newly-created Queen Victoria Park occurred on Victoria Day,” said the library.

They added that a few years later in 1893, local Victoria Day celebrations featured the running of the first ever electric streetcar of the Niagara Falls Park and River Railway.

“As well, we cannot forget the Niagara Falls streets named in honour of Queen Victoria. Queen Street was named in her honour in 1856 and Victoria Avenue was renamed in the late 1890s, having been previously known as First Concession Street.”

When she died on January 22, 1901, the citizens of Drummondville in Niagara Falls wanted to commemorate their Queen in some way and it was decided that they would erect a Memorial fountain in her honour.

The Queen Victoria fountain stood on the north-west corner of Main Street and Lundy’s Lane. The fountain was unveiled on October 19th and water began to flow that day to quench the thirst of the gathered humans, horses and dogs alike.

The fountain remained at this site until 1923 when it was moved to Stamford Township Hall. “As time progressed, automobiles became a more popular mode of transportation than horses and the fountain was deemed a traffic hazard,” said the NFPL.

The fountain was moved a second time in 2010 to its present location at the Niagara Falls History Museum.

So while everyone is bound to enjoy the long weekend, the NFPL wanted to add this. “Happy Victoria Day! I hope that everyone is able to enjoy some nice spring weather and perhaps raise a toast to the Queen!” 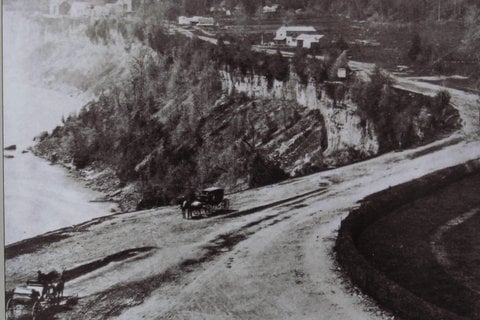 From the late 1800s, a horse and carriage through Queen Victoria Park. Note that
if that horse gets spooked, it and the carriage are in the gorge. No fence there.
insauga's Editorial Standards and Policies advertising advertising