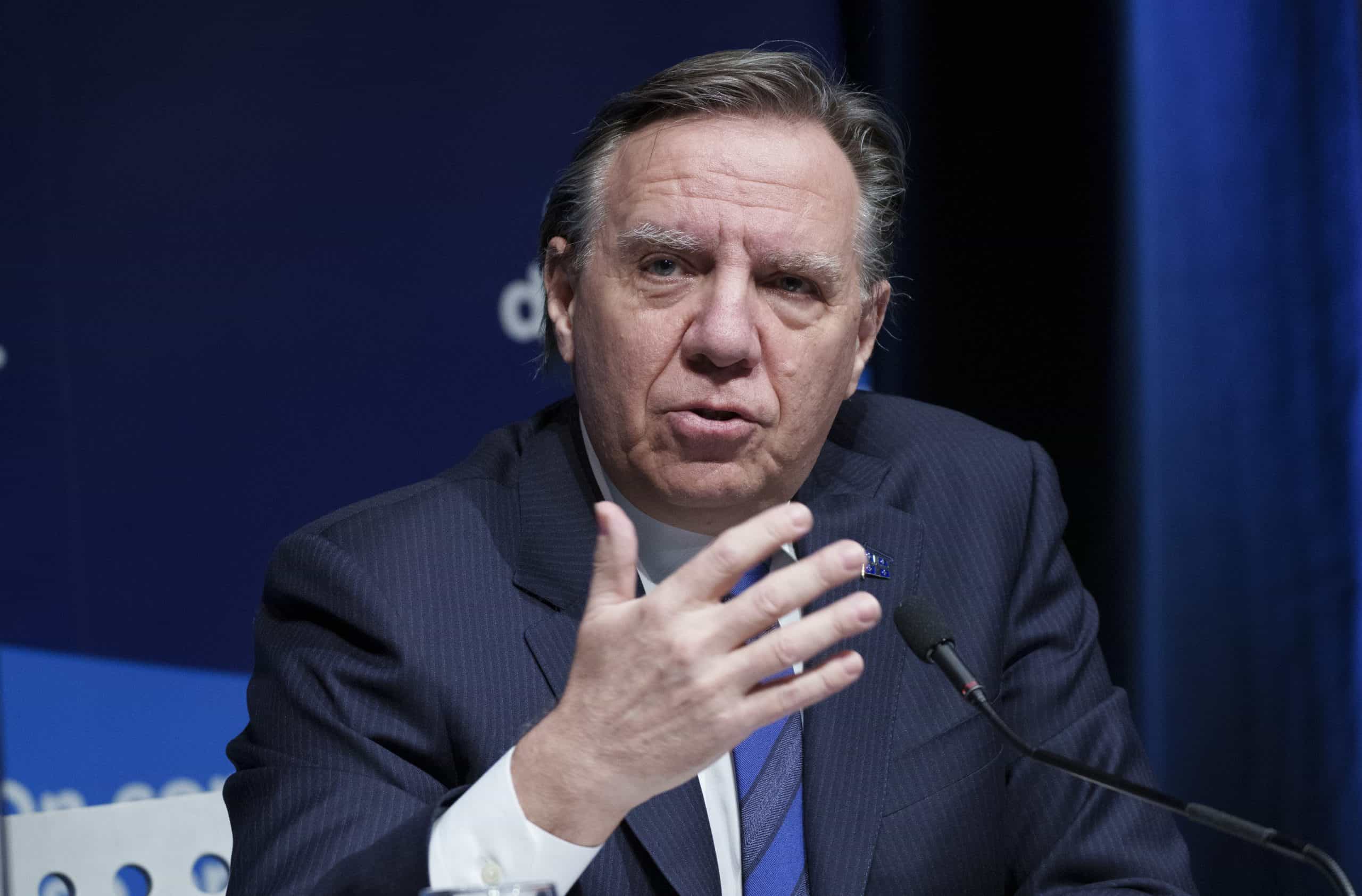 MONTREAL — Quebec Premier François Legault announced Thursday that the COVID-19 curfew his government imposed in December will be lifted on Monday, and the province’s vaccine passport will soon be required to shop at big box retail stores.

Legault told reporters in Montreal the number of daily COVID-19 infections appears to have peaked, and he said health experts project that COVID-19-related hospitalizations will peak in the coming days.

Legault said the 10 p.m. to 5 a.m. curfew introduced on Dec. 31 was needed “to stop the exponential rise” of the Omicron variant of the novel coronavirus.

“And because we seem to have reached a (peak), it allows us to remove the curfew,” he added. The government had imposed a similar curfew for five months in 2021, from January to May.

Quebec reported 45 more deaths attributed to the novel coronavirus on Thursday and a rise of 117 COVID-19-related hospitalizations. The Health Department said 2,994 people were in hospital with COVID-19, after 443 people were admitted in the previous 24 hours and 326 patients were discharged. It said 272 people are in intensive care, a rise of nine from the day before.

Officials reported 8,793 new cases and said about 16 per cent of tests taken came back positive. On Jan. 7 by contrast, daily cases were at roughly 16,000 and the test-positivity rate was 25 per cent.

Legault also announced that the province’s vaccine passport will be extended as of Jan. 24 to big box retail stores, except for grocery stores and pharmacies. Quebecers will have to show proof of vaccination to access stores with floor surfaces of 1,500 square metres or more, he said.

Last week, the government said it would extend the passport to liquor and cannabis stores on Jan. 18. And Legault said earlier this week he would force the unvaccinated to pay an unspecified financial penalty.

Quebec’s public health institute said Thursday that the number of COVID-19 infections and new hospitalizations linked to the current wave of the pandemic may have peaked in the greater Montreal area.

“Given the very high community transmission, the situation remains fragile, even if a slowdown in the increase in the number of cases and hospitalizations may occur in the near future,” Marc Brisson, who heads the mathematical modelling team at Université Laval that produced the projections, said in a news release.

Legault had confirmed Wednesday eveningthat schoolchildren will return to in-person learning on Monday. The premier said junior colleges and universities could also reopen but they will be given flexibility to adjust to in-person classes.

However, a union that represents teachers at English-language schools said it’s worried about a provincial government plan that could see parent volunteers supervise classes that are being taught by teachers isolating after COVID-19 exposures. The province’s Education Department has asked school boards to prepare contingency plans to deal with the “very large” number of employees that it expects will have to isolate after COVID-19 exposures.

In a document sent to the boards, the department said they should begin looking for people — including parents — who could oversee classrooms being taught remotely by teachers who are isolating.

Heidi Yetman, the president of the Quebec Provincial Association of Teachers, called that part of the plan “disturbing,” saying that having untrained people come in and supervise a class would hurt the children’s education.

“We know that students should be in school and that it’s important,” she said in an interview Thursday. “We know that online learning is not ideal, but this is going to create an instability that goes beyond that.”

Yetman said she doesn’t think the government has done enough to ensure that teachers will be safe when school resumes.