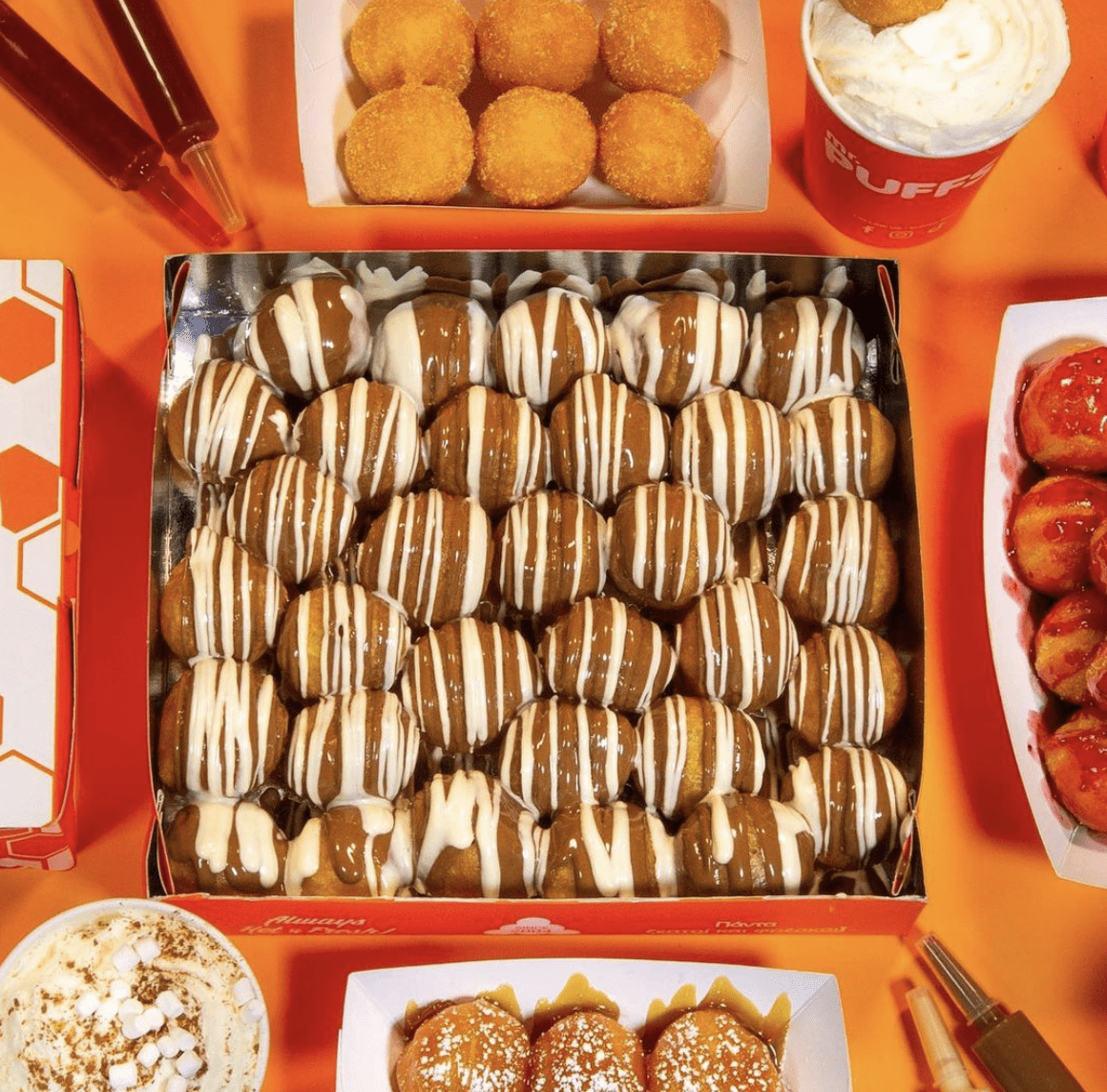 Eating nothing but raw vegetables might be your new year’s resolution, but before you commit to a diet that strict, you should note that a popular dessert shop has just opened a brand new location in Mississauga.

Mr. Puffs, a dessert shop with roots in Quebec, officially opened a resto in the Dixie and Dundas area.

The new location, which celebrated its grand opening by giving complimentary pastries to the first 100 customers, opened its doors on Dec. 30, 2022.

The newest location is the second in the city, as the brand opened its first Mississauga location in the Heartland Town Centre area earlier this year.

“Puffs (Loukoumades) are made on order with all natural and scrumptious toppings such as hazelnut chocolate, honey and strawberry glazes,” the post reads.

“Puffs are made without any dairy products, they are egg-free, peanut-free, soy-free and contain no preservatives.”

The brand says there are also vegan-friendly options, including sugar and cinnamon, strawberry, blueberry, raspberry and apple cinnamon.