The captain got control of the ‘ship.

Burlington native and floor leader Caleb Agada, Jeremiah Tilmon and Christian Vital, coach Ryan Schmidt and all of the Hamilton Honey Badgers affirmed that they are the class of the Canadian Elite Basketball League on Sunday, shading the Scarborough Shooting Stars 90-88 in the final at TD Place in Ottawa. In a summer league where teams must cohese quickly for a 20-game schedule and a one-and-done postseason, the script ended up calling for Hamilton to survive a furious push from Scarborough in order to claim their first championship.

The Elam Ending went to form for top-seeded Hamilton — until they got within one point of winning it all by hitting the target score. Facing elimination, Scarborough went on a 17-0 run, helmed by Kassius Robertson (game-high 23 points), erstwhile Toronto Raptors guard Jalen Harris and Milton native Kyle Alexander, creating an unlikely next-shot-wins scenario.

But the ninth closeout possession for Hamilton was the charm. Agada passed up an outside look and drove to the rim to draw a shooting foul on Scarborough guard Isiaha Mike. The captain made the first freebie, clinching the championship.

“We saw on display what the Elam is all about,” Hamilton head coach Ryan Schmidt said, referring to the league’s unique format where teams play to reach a target score (nine points more than the tally of the team which is ahead with under four minutes to play.  “I absolutely would have loved to win the game by double digits, but to me, it’s fitting that we won in this fashion because our group is resilient and they’ve persevered through a lot of things, a lot of tough moments. At the end of the day, we found a way to win. It was fun. A little tense for a second, but to be honest with you, I didn’t have any doubts. At the end of the day, we were going to find a way to get it done.

“I’ve never seen a group as close as this group was,” Schmidt added. “Winning is the ultimate goal, but to me, I wanted it for them… to be able to cap it off in this fashion, to put a ring on it, what else can you ask for?”

Hamilton will represent Canada in the upcoming 2022-23 season of the FIBA Basketball Champions League of Americas (BCLAs). Vital was named most valuable player by virtue of scoring a team-high 17 points on 57 per cent effective shooting from his guard spot. It was his second championship this season, since Vital helped the Rio Grande Valley Vipers win the NBA G League championship in April. 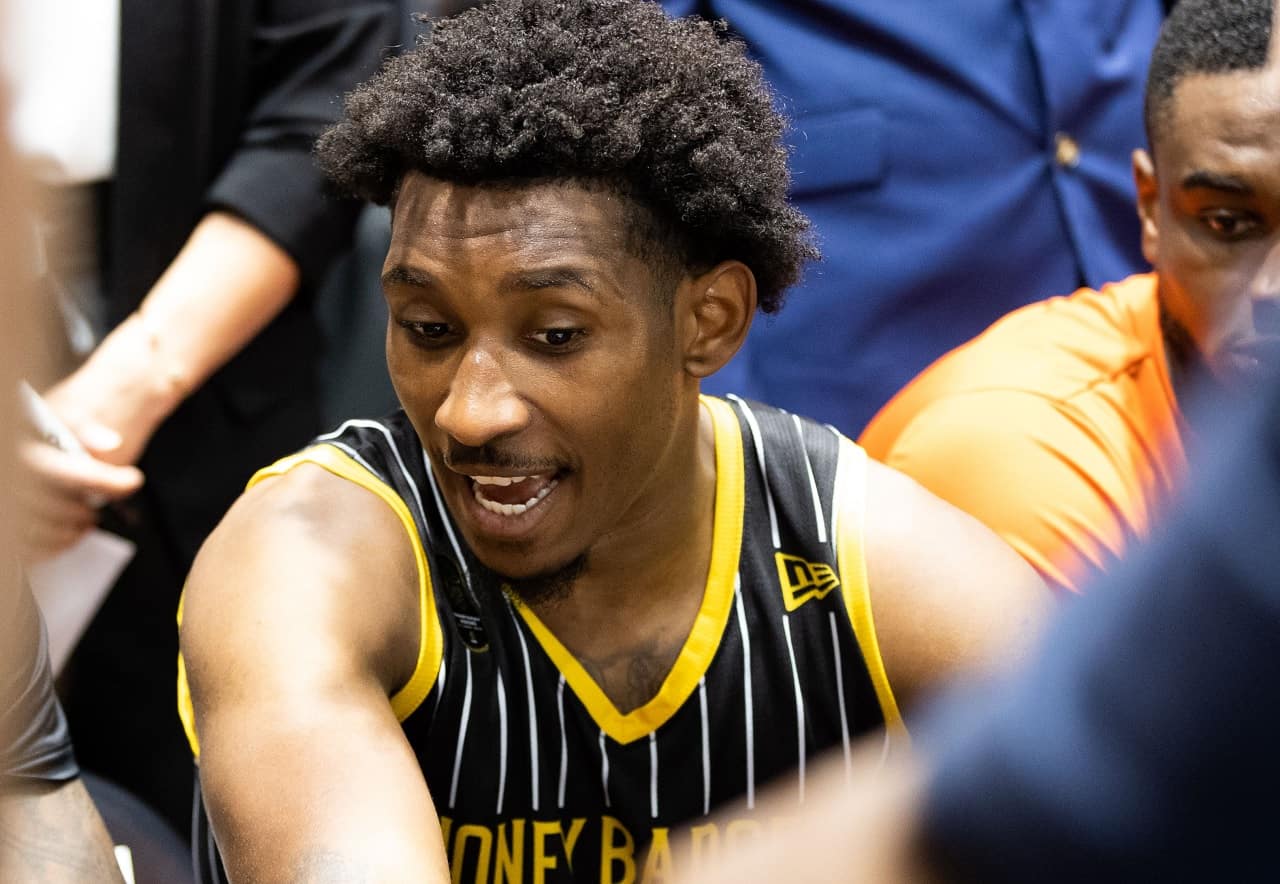 Rookie guard Koby McEwen hooped 16 points, Mississauga native Aaron Best added 15 and Tilmon hooped 14 although he fouled out after playing fewer than 20 minutes. Agada had a characteristically all-around statline with 12 points, seven rebounds, five assists, three steals and two blocked shots. The clinching free throw was his second Elam Ender in a row after making one in the semifinal against the Ottawa BlackJacks last Friday.

“Just trust,” Agada told CEBL.ca when asked his thoughts when he went to the free-throw line with the game on the line. “Trust that my teammates gave me the ball and they believe in me.”

The win Sunday represented a happy homecoming for Agada, 27, who grew his game in the nation’s capital with the Ottawa Gee-Gees of Ontario University Athletics (OUA). Just within the last two seasons, Agada has played for Nigeria in the 2020 Tokyo Olympics, won the scoring title in the Israeli Basketball League and earned the CEBL Canadian player of the year award.

During their school days, Agada, Best (the renamed Toronto Metropolitan University) and Honey Badgers forward Keevan Veinot (Dalhousie Tigers), each helped their teams win conference titles and medals at the U SPORTS Final 8. But their teams were never able to topple the dynastic Carleton Ravens, who are also based in Ottawa.

Veinot was also an ignitor off the bench on Sunday, to the count of a team-best plus-15 rating.

Nail-biting finish aside, Hamilton was dominant during the first 36 minutes and change of the contest. Despite having their best big, the six-foot-10 Tilmon, limited by fouls, Hamilton outscored Scarborough 62-28 in the paint, and had a 31-15 edge in fast-break points. The Honey Badgers had an even 50 per cent effective shooting (eFG%) and their crashing of the offensive glass led to getting up 19 more shots than Scarborough, who had a 47.7 eFG%.

Harris had 12 points, but it came on 4-of-14 shooting with zero three-pointers and he had twice as many turnovers (8) as assists (4).

An Agada-to-Tilmon alley-oop dunk helped Hamilton go ahead 26-25 after one quarter. Their defending kept Scarborough in the teens during a 19-point second quarter and a 15-point third.

The Honey Badgers also went on a 10-0 run early in the fourth quarter, capped by a Vital triple that made it 79-60 with 6:05 left. That gave provide enough cushion to ride out a bumpy Elam Ending.

“It’s good that we were up 20 going into it,” Agada said with a laugh. “We did our job the whole game. It’s crazy, it’s tough, but we’ve been here before.”

The league was assured of its first Ontario-based champion, since Hamilton and Scarborough were joined at the championship weekend by Ottawa and the St. Catharines-based Niagara River Lions.

Scarborough made it all the way to the final in their first season of competition and drew high-energy crowds all season. They lost their first two regular-season matchups against Hamilton, but won the third.

“We had an amazing group of guys in Scarborough,” Robertson said. “I bonded with each and every one of them,
especially the coaching staff, too. We had a really good time. We fought on the court, and on and off the court we
became close. It was a pleasure.”

Alexander had 10 points, seven rebounds, four assists, three steals and two blocked shots for Scarborough. The 6-foot-10 forward is signed to Valencia in Spain for this season.

The Edmonton Stingers won the title in 2020 and ’21. The Saskatchewan Rattlers won the first one in 2019, winning a final against an inaugural-season iteration of the Honey Badgers that was coached by Chantal Vallée.