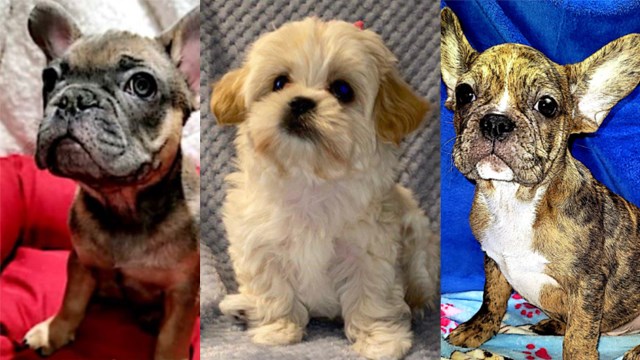 Three puppies fraudulently obtained in Mississauga have been located in good health.

Between March 8 and 9, a woman, 22-year-old Hamilton resident Dejanay General, responded to three ads for puppies for sale, in all three cases, General paid with a personal cheque.

However, the victims contacted police when they attempted to cash the cheques, which had since been cancelled.

On Friday (March 26), police executed a search warrant at a residence in St. Catherine’s—all three puppies were found in good health.

General has been charged with three counts of Fraud Under $5000, Possession of Property Obtained by Crime, and Fail to Comply with Release Order.

Additionally, 20-year-old Khalid Ali and 23-year-old Jacob Bell—both residents of St. Catharine’s—have each been charged with Possession of Property Obtained by Crime.