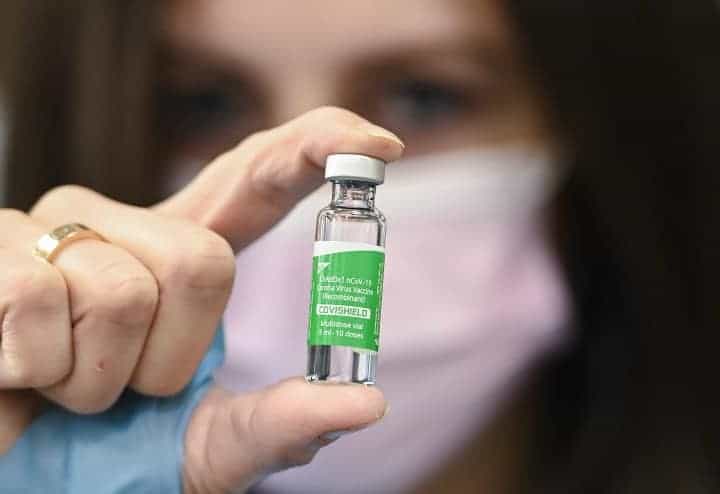 Ontario has become the latest province to signal it will likely mix COVID-19 vaccine brands as the country prepares for a flood of Pfizer and Moderna shots while some doctors questioned further use of Oxford-AstraZeneca.

Health Minister Christine Elliott said Monday it’s likely that Ontarians who have received a dose of the AstraZeneca vaccine may get a different shot for their second dose.

“We don’t have a supply date for more AstraZeneca, so it’s very likely that we will need to mix the different products together,” she said.

Elliott said the province is waiting for the results from a U.K. study on mixing different vaccines and on advice from a federal immunization panel.

“I expect that should come very soon, because there are some people who are coming up in terms of times for their second shot.”

Quebec has also said that it plans to mix vaccines due to supply shortages, substituting the Pfizer-BioNTech vaccines for the Moderna vaccines in order to quickly give booster shots to long-term care residents.

Dr. Theresa Tam, the country’s top doctor, has also said that Canada is closely following the results of the U.K. study on mixing doses.

Molecular biologist and science communicator Samantha Yammine said some Canadians who have already received the Oxford-AstraZeneca vaccine may be comforted to know they have the option of a different dose, given recent attention directed at shot.

“It’s nice to know that people will have the option depending on what risks they’re comfortable to take on,” she said in a recent interview.

Yammine, who goes by “Science Sam” on social media, said the pandemic has given rise to an “infodemic,” with a flood of advice about areas like the low risk of blood clots from viral-vector shots compared with mRNA vaccines.

Conflicting advice coming from experts and officials, even if well-intentioned, can overwhelm the public, Yammine said. And Oxford-AstraZeneca’s vaccine has been in spotlight in Canada in recent weeks.

The National Advisory Committee on Immunization, or NACI, attracted criticism when it recommended that Canadians who aren’t at high risk from COVID-19 may want to wait until a dose of Pfizer-BioNtech or Moderna is available, calling them the “preferred” vaccines.

Since then, the chair of the committee has said people who took the Oxford-AstraZeneca shot did the right thing, and some prominent physicians have suggested on social media that Canada could focus on distributing mRNA shots with millions of doses expected to arrive over the next few weeks.

Dr. Andrew Morris, an infectious diseases specialist and a a member Ontario’s COVID-19 science advisory table, argued on Twitter this weekend that while AstraZeneca “was a good vaccine that served its purpose,” Canada has enough Pfizer and Moderna shots to avoid using AstraZeneca, removing the risk of rare but serious blood clots.

Yammine said the biggest damage from NACI’s initial remarks was feelings of remorse among people who took the Oxford-AstraZeneca shot.

She stressed that people should not regret taking the vaccine and said it’s still advisable for people in virus hot spots to take the first vaccine they can get, but highlighted the importance of local guidance for those in lower-risk areas who are trying to make sense of the advice.

“What we really need now, in my opinion, is for the provinces to now do the risk calculation for the people in their province, because it’s all a gradient, it’s not black or white,” she said.

Yammine has also shared infographics on social media comparing normal side-effects and possible signs of the rare blood-clotting disorder in some COVID-19 recipients, so people who have received the shots can seek treatment if necessary.

“We don’t want people to be scared and freaking out, but we want you to know what to look out for, so that you’re prepared and you can get the treatment that you deserve,” she said.

Jessica Mudry, an associate professor in health communication at Ryerson University, said communication about the difference between vaccines has been poorly handled by officials and it may end up hurting Canada’s vaccination campaign.

She said new government plans to mix doses without preparing the public for that possibility ahead of time may backfire among people who took already one shot and are now caught off guard.

“I think that this kind of this concept of the cocktail, you do one, then you do a different one, is actually going to be quite difficult for people, because people don’t like surprises,” Mudry said.

Even with more mRNA vaccines on the way, Yammine noted that Canada should be careful before outright dismissing shots like Oxford-AstraZeneca’s because they are important to ending the global pandemic and Canada has a strong health-care reputation on the world stage.

“We act locally but we have to think globally,” she said. “By us just saying, no, these vaccines are not for Canadians, what message does that send to people in crisis around the world who don’t have the luxury of choosing a vaccine.”