Province says no to vaccine passports in Mississauga and Ontario, top doc says any future restrictions likely to be regional 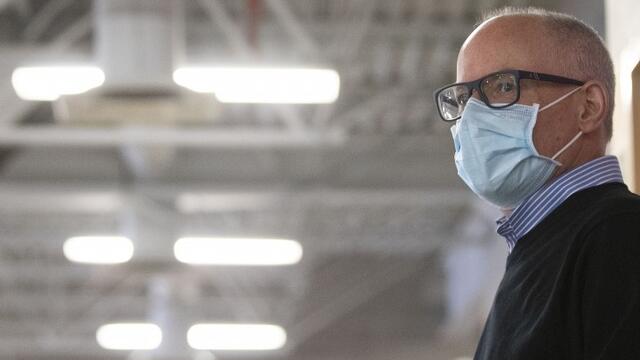 TORONTO — Ontario is facing growing calls to mandate COVID-19 vaccinations for non-essential activities and health-care workers as infections rise, but the government is urging people to focus less on daily case counts and more on hospitalizations.

Health Minister Christine Elliott held the line Tuesday on her government’s staunch opposition to both mandatory vaccinations for health-care workers and requiring a vaccine certification system for places such as bars and gyms, as seen in some other jurisdictions.

“There’s a mixture of views on that particular subject and we are not mandating vaccines for anyone, although we strongly encourage people to take the vaccine,” she said after an announcement in Collingwood, Ont.

The province requires staff in long-term care homes to disclose their COVID-19 vaccination status, and those who are unvaccinated for non-medical reasons have to undergo education about the importance of immunization.

Premier Doug Ford has spoken in support of a Toronto hospital network’s policy that unvaccinated staff — and those who won’t disclose their vaccination status — have to take a COVID-19 test before coming to work.

Business groups such as the Ontario Chamber of Commerce, the Canadian Federation of Independent Business, the Toronto Region Board of Trade, and doctors’, nurses’ and pharmacists’ groups have called for a vaccine certificate system as a way to avoid a fourth-wave lockdown.

Ford has said he doesn’t want to create a “split society,” and Elliott said Tuesday that requiring proof of vaccination is up to individual businesses.

Ontario’s chief medical officer of health suggested Tuesday that rising cases in the future will not be met with provincewide lockdowns.

“Through our tabletop exercises and modelling at present it really is about local control, regional limitation of spread and using the entire health system capacity of Ontario to respond if it’s necessary,” Dr. Kieran Moore said.

Moore also told reporters that any future public health restrictions are likely to be regional and not province-wide, reminding residents that local medical officers of health can also issue Section 22 orders (which allow them to shut down certain segments of the economy, for example) to manage outbreaks.

During the third wave, public health units in Toronto and Peel (Mississauga, Brampton and Caledon) used such powers to close down businesses connected with large outbreaks.

Ontario reported 321 new COVID-19 cases Tuesday – the fifth day in a row of more than 300 cases – and two new deaths.

“Over the past week we’ve experienced a slow and steady rise in daily new cases of COVID-19 and Ontarians should expect to see a continued increase as we enter the fall,” he said.

“This is not a cause for panic. Our case rates will fluctuate over time and we can anticipate that they’ll continue to go up.”

The new cases, Moore believes, are partly a result of long-weekend socializing and activities associated with Ontario’s Step 3 reopening three weeks ago.

Both Moore and the government are trying to emphasize hospitalizations over daily cases, with the Health Ministry rearranging its daily reporting website accordingly.

The numbers of new cases, hospitalizations and ICU admissions vary widely in different areas of the government’s data. The ministry said it’s due to different data collection and reporting processes. But in general, it shows that roughly 80 per cent of the cases, hospitalizations and ICU admissions are in unvaccinated and partially vaccinated people.

The new framing comes in conjunction with a newspaper op-ed from Moore, saying the growing case counts won’t have the same meaning now as during previous waves, due to high rates of vaccinations.

He said Tuesday that breakthrough infections in fully vaccinated people tend to be milder, but also happen more frequently in older people.

More than 81 per cent of eligible Ontarians have received at least one dose and nearly 72 per cent are fully vaccinated. Moore noted that Ontario is getting close to the thresholds it has set for moving past Step 3, and he expects those targets will be met in a week to 10 days.