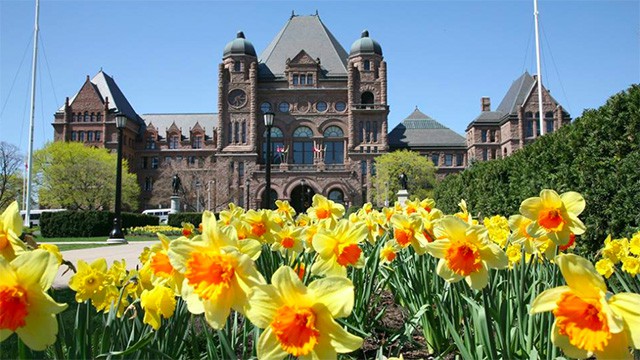 A new strategy is being launched to support survivors and end the cycle of violence – including domestic and sexual incidents – in communities across Ontario.

“But actions speak louder than words, and that’s why it’s so important we have an actionable and comprehensive strategy in place. Our plan not only includes vital services and supports that help survivors recover and heal, but it also works to ensure our justice system is more accessible to survivors and responsive to their unique needs.”

The announcement was made in Toronto on March 1 by Minister of the Status of Women Harinder Malhi, Minister of Community and Social Services Michael Coteau, and Naqvi.

The province is aiming to help survivors and families get the support they need, when they need it, plus prevent violence by intervening early.

Gender-based violence is any form of violence based on an individual’s gender, gender expression or gender identity and is intended to control, and harm the individual.

It can affect anyone but the majority of people impacted are women and children.

“Ontario has made significant progress toward ending gender-based violence — awareness is higher than ever, perspectives are changing, and more people are coming forward for support and services,” said Malhi.

The strategy will focus on four key areas:

To help develop the strategy, the province held 15 engagement sessions and heard from more than 200 agencies that help people who have experienced gender-based violence, as well as people with lived experience and Indigenous partners.

“We have listened to agencies and to people with real life experience who told us Ontario needs a consistent, comprehensive and sustained strategy to prevent violence against women and to support survivors,” said Coteau.

“Across Ontario, this new strategy will help people get the supports they need to build a safer life for themselves and their children.”

The strategy will include improving services and supports with up to $181.8 million in investments, including:

Ontario will also invest in enhancing access to safe spaces for women and children, counselling, services in rural/remote communities, and innovation initiatives. This will mean:

Children who have seen or experienced violence are twice as likely to be at risk of violence and victimization.

The province is investing up to $29.7 million over three years to ensure children will have access to the services they need to help them deal with trauma. Investments will provide preventative and early interventions for children and youth to prevent the cycle of violence.

Photo courtesy of the Legislative Assembly of Ontario