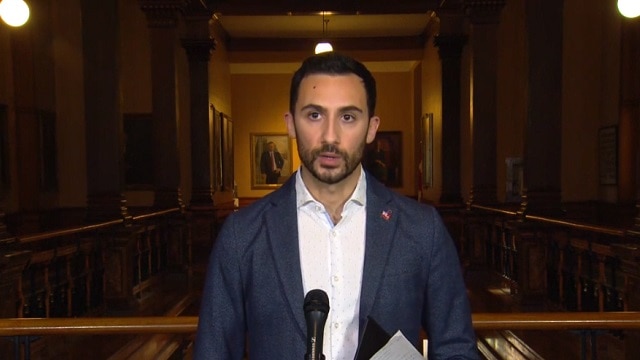 Following this week’s announcement that students will be staying home until at least January 25, the province has announced that it will be extending and expanding its childcare support for frontline workers.

The announcement was made this morning by Education Minister Stephen Lecce.

“We have frontline workers within our communities doing incredible work to keep us safe,” Lecce said, citing nurses, doctors and PSWs as examples.

The childcare support, which began this past week, will be extended for another two weeks in light of the school closure extension.

Lecce also says the province will be expanding the support to more frontline workers, including those working in the Canada Border Services Agency, emergency shelters, children’s aid societies, and isolation centres.

To date, Lecce reports that roughly 2,200 people are using the province’s free childcare, which he says has the capacity to support approximately 28,000 people.

The education minister also reminded parents that on Monday, January 11 they can apply for Ontario’s Support for Learners program, which provides eligible parents or guardians a one-time payment of $200 for each child up to age 12 or $250 for each child or youth up to age 21 with special needs.

Lecce says the province is continuing to work to ensure students can return to school as soon as it is safe to do so.