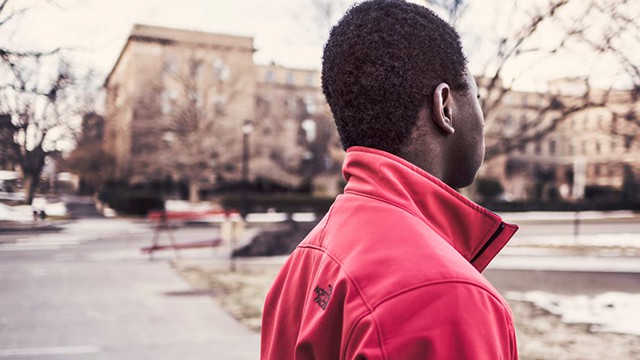 Earlier in November, the province announced that the Peel District School Board (PDSB)–which oversees public schools in Brampton, Mississauga and Caledon–was under review following racism and human rights complaints.

On Nov. 27, Stephen Lecce, Minister of Education, announced the appointees who will conduct a formal review of the school board–Suzanne Herbert and Ena Chadha.

The review is intended to address concerns about equity, including anti-Black racism, and serious issues related to governance, leadership and human resources practices in the board.

The review comes after PDSB trustee Will Davies’ used the word ‘McCriminal’ to describe McCrimmon Middle School in Brampton earlier this fall, sparking accusations of anti-Black racism. More recently, The Toronto Star revealed that Poleen Grewal, the associate director of instruction and equity with the PDSB, filed a complaint against the board and its director of education with the Human Rights Tribunal of Ontario. She is accusing them of racism, harassment and diminishing her work while failing to deal with anti-Black racism in schools.

Debates surrounding the board’s response to recent incidents have been heated. A recent Integrity Commissioner report found that Trustee Davies did not violate section 6.5 or 6.65 of the Trustee Code of Conduct, which states that trustees must conduct themselves in a professional manner at all times while on board property and attending board events.

According to the report, Davies made the comment off-hours during a June lunch with other trustees and staff and said the term “McCrimmonal” was used by his own children (different spellings of the nickname appear in the report).

The comment was overheard by Trustee Kathy McDonald, who is black. McDonald took exception to the comment, saying it “wasn’t right.” The remark was eventually made public.

Prior to the release of the Integrity Commissioner report, the PDSB asked for assistance from the province.

On Oct. 17, Stan Cameron, the chair of the PDSB, wrote to Deputy Minister of Education, Nancy Naylor, and asked for assistance from the province.

“After considerable discussion with the current acting chair, vice-chair Sue Lawton, together we respectfully request your assistance. Given the many circumstances taking place we ask that your office offer our board some assistance and intervention in what has become an increasingly difficult board to manage,” the letter reads.

The province says the reviewers will work closely with the PDSB and provide a report to the Minister, which includes how the board can work to ensure effective board governance that
“promotes equality, increases accountability and transparency, and safeguards the success and well-being of all students.”

“Schools must be safe, inclusive and welcoming places, not only for students and their families, but for the entire community, which is why the need for this review is critical,” said Lecce in a statement.

“We are moving forward with the appointment of two reviewers – Ms. Herbert and Ms. Chadha – as part of our efforts to combat racism and help ensure all children feel respected in schools. We want all students, parents, educators, and staff to see themselves reflected in their schools and school boards, and this review will help the PDSB move forward in this mission.”

The PDSB says it looks forward to working with the reviewers.

“We look forward to working with the Ministry of Education’s reviewers as they look into issues raised by this board, the Director of Education, staff, students and community members. The mandate of the reviewers is to provide observations and recommendations to the Minister of Education on issues of human rights, equity and racism, specifically anti-Black racism, human resources practices, leadership, and issues of governance and trustee conduct,” Cameron said in a statement.

“The Peel board takes these matters very seriously and welcomes the opportunity to work with the reviewers in an open and transparent manner. We remain committed to providing Peel board students and staff with safe, welcoming and inclusive learning and working environments that inspire all students and staff to succeed.”

The reviewers will submit a final report to Lecce, with a copy to the PDSB, by winter 2020, with an interim report submitted by the end of 2019.

The Peel DSB is the second-largest school district in Ontario, boasting 217 elementary schools, 42 secondary schools and over 155,000 students.