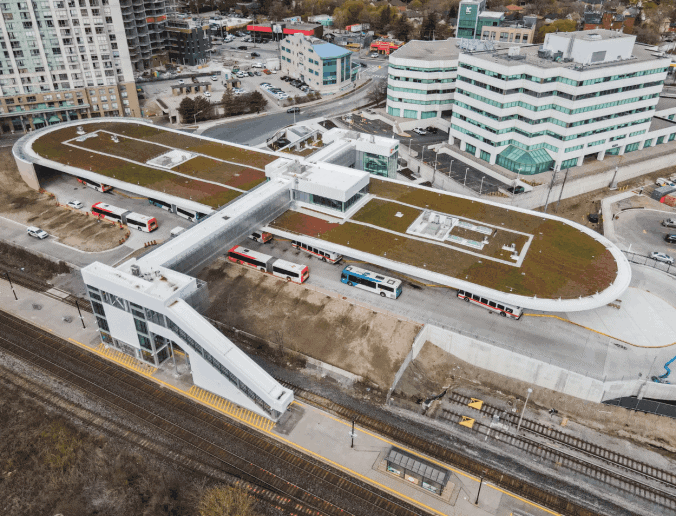 The Province is improving transit infrastructure in East Mississauga through the implementation of a new transit hub that sits on the Mississauga border.

The Kipling Transit Hub will connect riders to MiWay bus services, the TTC subway and buses, and the GO rail and future GO bus services.

“The transformation of Kipling GO Station into a major transit hub is yet another instance of our government delivering on its promise to build better, more integrated transit infrastructure that supports local communities,” Caroline Mulroney, Minister of Transportation, said in a news release.

“The transit connections offered at the new Kipling Transit Hub will provide residents with better access to job and housing opportunities, both locally and across the Greater Golden Horseshoe,” she continued.

The station will have 1,400 parking spaces and includes a 3,000 square foot indoor waiting area with seating.

It will also have 14 bus bays, 90 bike spaces and a new elevated pedestrian bridge that connects the new bus terminal to the GO train platform.

Additionally, customers will have access to underground tunnels, which connect the new bus terminal for both MiWay and future GO bus service directly to the existing TTC station.

The hub has also been designed to be environmentally friendly—it has 4,500 square metres of green roof, which was built with renewable and low-emission construction material.

“I want to thank the province for completing the Kipling Transit Hub, as this is a critical project that builds more connections to and from Mississauga,” said Mississauga Mayor Bonnie Crombie in a statement.