As we reported earlier, Prime Minister Justin Trudeau was in Mississauga this week on Wednesday (May 1) for a brief visit at a $250 per head fundraiser sponsored by members of the Vietnamese community. 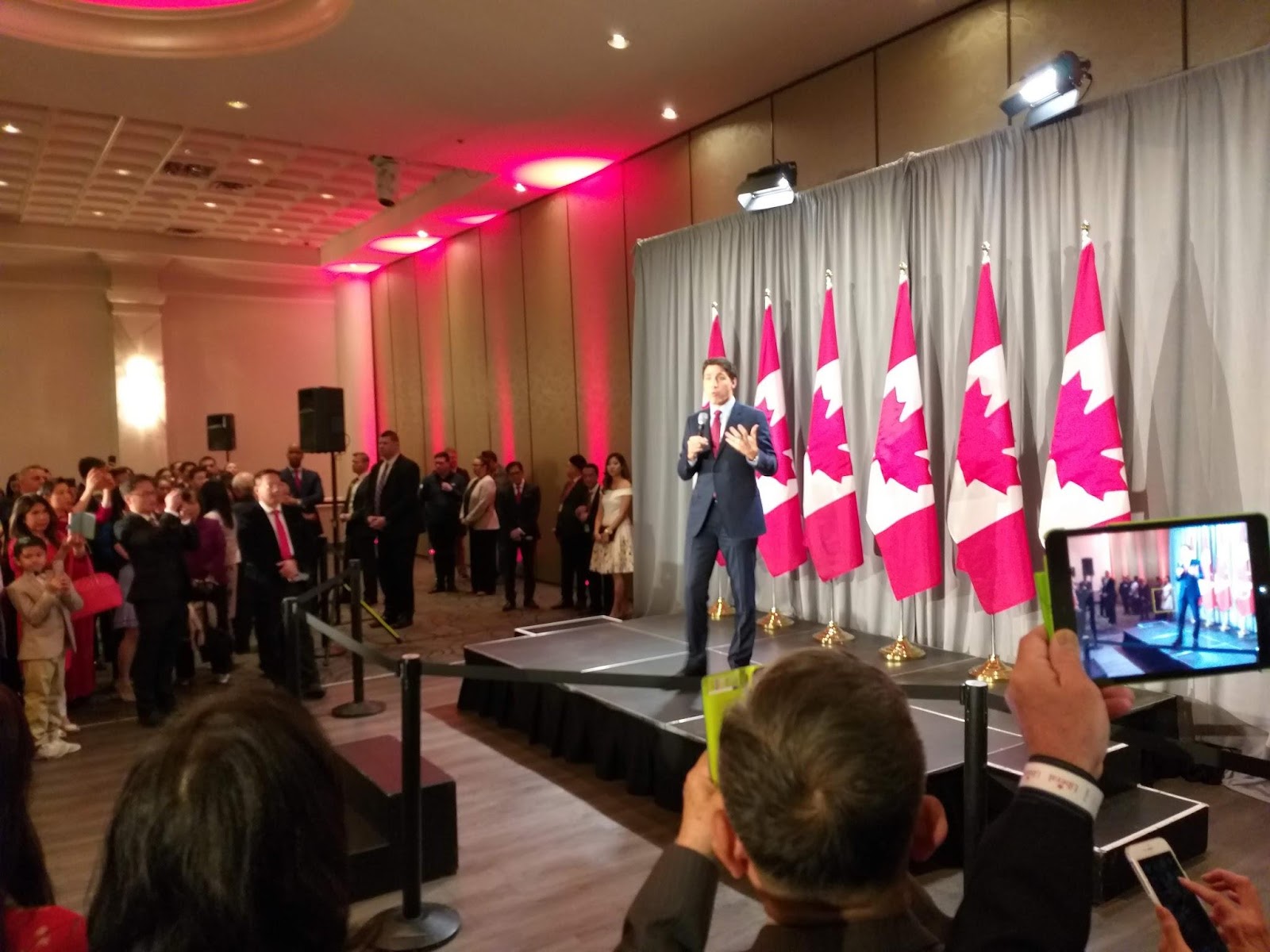 Supporters and well wishers lined up to have pictures taken with Trudeau after he gave a short speech alongside Immigration Minister Ahmed Hussen. 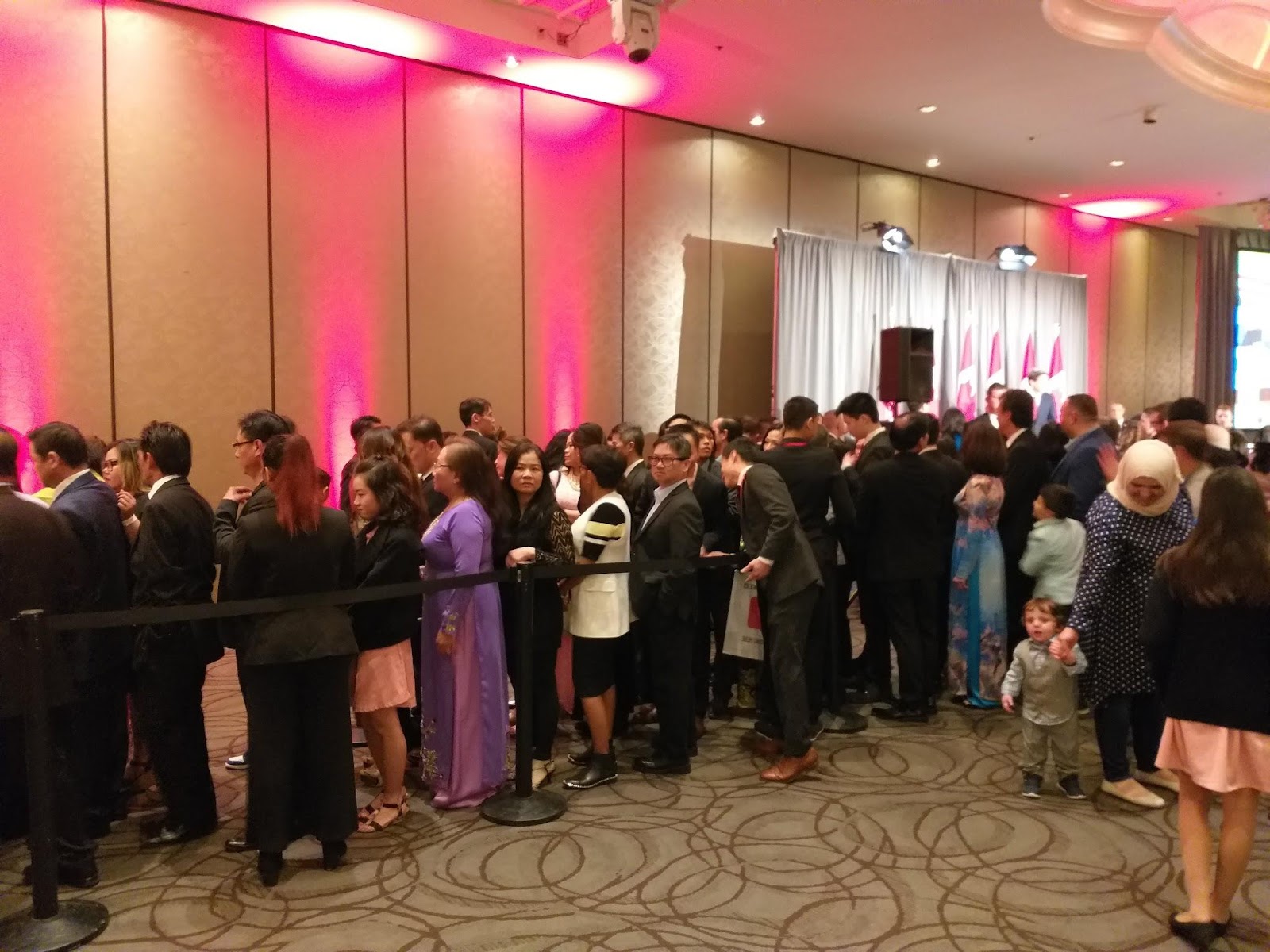 But the festivities inside were somewhat overshadowed by events going on outside, as a number of protesters wearing yellow vests blocked the entrance touting signs saying “Ban the Carbon Tax”, “No Trudeau, No UN, Make Canada Great Again,” in the presence of Peel Regional Police.

In Canada, people began copying the movement by donning yellow vests protesting Trudeau’s carbon tax plan. However, the Canadian version of this movement has been accused of providing a platform for white supremacists and neo-Nazis.

While the Trumpian imitations were peculiar, to say the least, one concerning development was when a man said he was going to make a citizen’s arrest on Trudeau at the event, citing our article about the fundraiser. 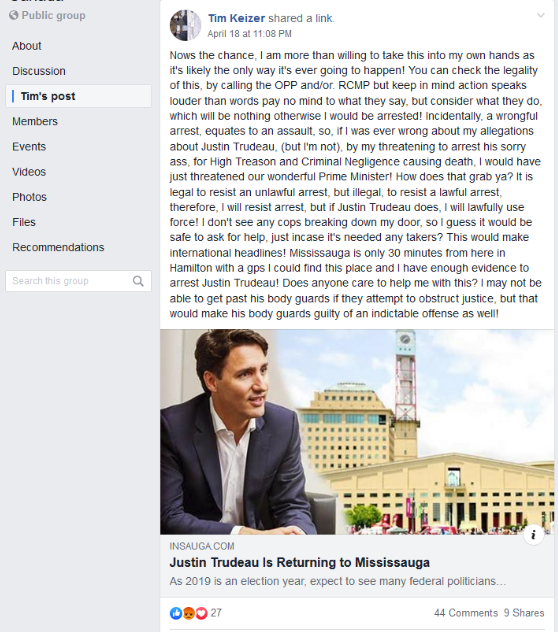 Tim Keizer, the man who made the proclamation that he would arrest Trudeau, also made several other comments pertaining to the PM on other far right forums.

Tim Keizer is mentally ill and has threatened violence against @JustinTrudeau and #yellowvestscanada members are supporting him, egging him on and pushing him to commit more serious violence. @facebook @rcmpgrcpolice @csiscanada #cdnpoli#cdnmedia pic.twitter.com/LroUqTopYh

An unknown individual was also arrested at the event. On May 1, Peel Regional Police posted a statement on behalf of the RCMP stating that a man was arrested for uttering threats. They did not identify the man in question.

The RCMP has taken over the investigation.

Popular kabob restaurant opens up second location in Mississauga
There hasn’t been a lot of talk about new restaurants opening up due to COVID-19, but thankfully we still have popular favourites popping up at new locations.
END_OF_DOCUMENT_TOKEN_TO_BE_REPLACED