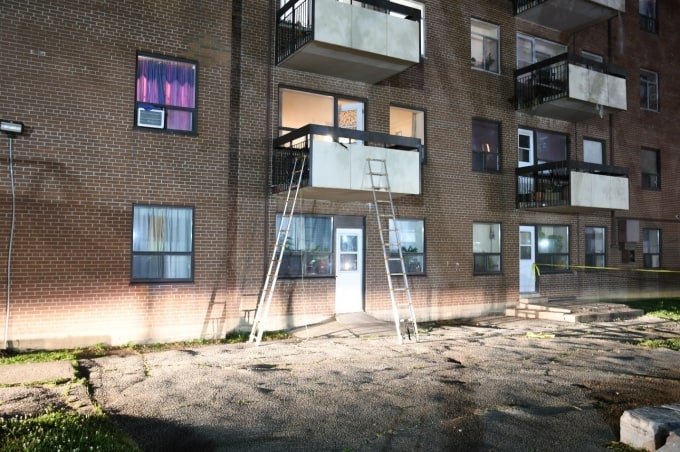 A community group is planning a protest in response to the Special Investigation Unit’s (SIU) decision to not lay criminal charges against any of the Peel Regional Police officers involved in the fatal shooting of Ejaz Choudry, a 62-year-old schizophrenic man who was killed in his Mississauga apartment last June.

The protest, which will take place on Saturday, April 10 at 1 pm in front of 3425 Morning Star Drive (Choudry’s apartment building), is being organized by the Malton People’s Movement.

“As feared, the SIU released its report…once again clearing PRP of murder and justified their actions,” the organization wrote on Facebook.

“The community demands justice for Ejaz Choudry and all the families who have not received justice for their loved ones.”

Joseph Martino, the director of the SIU, said that while the situation ended with “devastating consequences,” he is not convinced that the police involved in the shooting committed a criminal offence or used unreasonable force against Choudry, a man in crisis who was repeatedly described in the SIU report as “frail.”

According to the SIU report, a police officer fatally shot Choudry in the chest during a wellness check requested by Choudry’s family. The report says that Choudry refused to let police into his unit, saying he was afraid they would shoot him. Once police entered his home through the balcony to apprehend him under the Mental Health Act, he allegedly advanced on them with a knife and ignored verbal commands to put the weapon down.

Choudry was struck with a conducted energy weapon, anti-riot weapon and a firearm in an “eight to nine-second” time frame after police entered his apartment.

In the SIU report, Martino called Choudry’s death a “tragedy,” but said officers feared for their lives and could not summon specialized mental health or crisis negotiating units in a timely enough fashion.

Peel Regional Police Chief Nishan Duraiappah extended his condolences to Choudry’s family after the report was released and said the police service is working on strengthening its response to mental health calls.

After the report was released, Choudry’s family said they were “deeply disappointed” in the SIU’s decision.

“The family of Ejaz Choudry is deeply disappointed to learn that the SIU has decided not to lay any criminal charges against any of the officers who killed Ejaz,” the family said in a statement posted on social media.

“While this announcement is no doubt disappointing, it is not surprising. The SIU almost never lays criminal charges against the police officers it investigates…The police forced their way into a frail, elderly man’s home. They claimed that they were compelled to intervene for his safety.”

In the post, the family says the police did not allow them to speak with Choudry when he refused to allow officers inside his home, something the SIU report confirms.

“They opened his door with weapons drawn. Within seconds, an officer shot and killed Ejaz in his own living room. Ejaz committed no crime. He did not deserve any of this.”

The Malton People’s Movement said they plan to hold the protest despite the Ontario government’s stay-at-home order and are asking attendees to bring masks and PPE.

“While Premier Doug Ford has announced a new stay-at-home order, we recognize this is an essential gathering for the community and we will be taking all necessary legal and health precautions,” the organization said on Facebook.