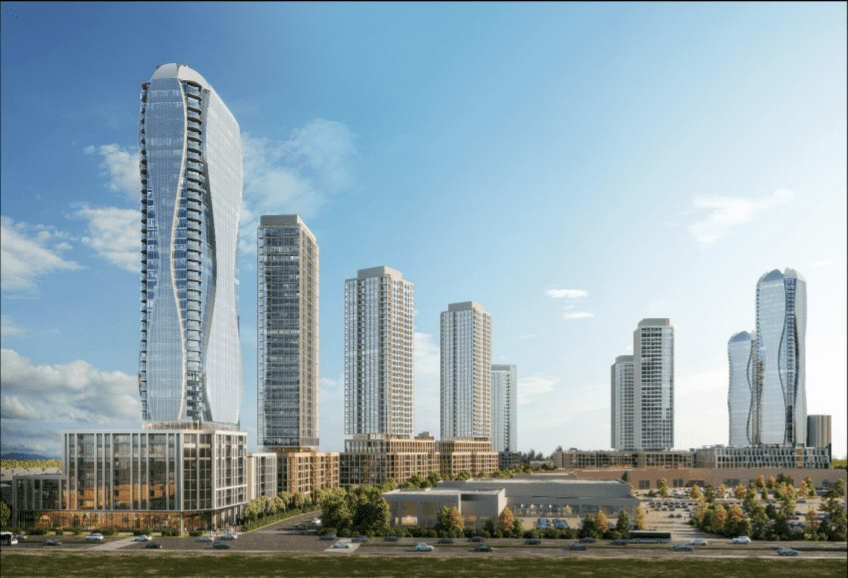 An area close to Mississauga’s city centre could see a lot of new housing if a proposed development is approved by the city.

The proposal, brought forward by real estate developer The Elia Corporation, is to build eight new apartment buildings at 4615 Hurontario Street (near the intersection of Hurontario and Eglinton Avenue West), ranging from 28 to 42 storeys with 46,238.5 square feet of  ground-related commercial uses.

The new development would also include one 45 storey mixed-use building and eight blocks of townhouses containing 120 units.

Overall, the proposed community would add a total of 4,690 housing units and would be expected to house approximately 10,383 residents.

The development concept also includes a proposed municipal park at the northeast corner of Elia Avenue and Sorrento Drive.

A virtual community meeting was recently held by Ward 4 Councillor John Kovac on December 15, 2021 to discuss the proposed community, with some residents concerned that the proposal is too high, too dense, and would cause further traffic congestion in the area.

The application was initially submitted on July 12, 2021 and will be deliberated on at the city planning committee’s meeting tomorrow (Jan. 10).