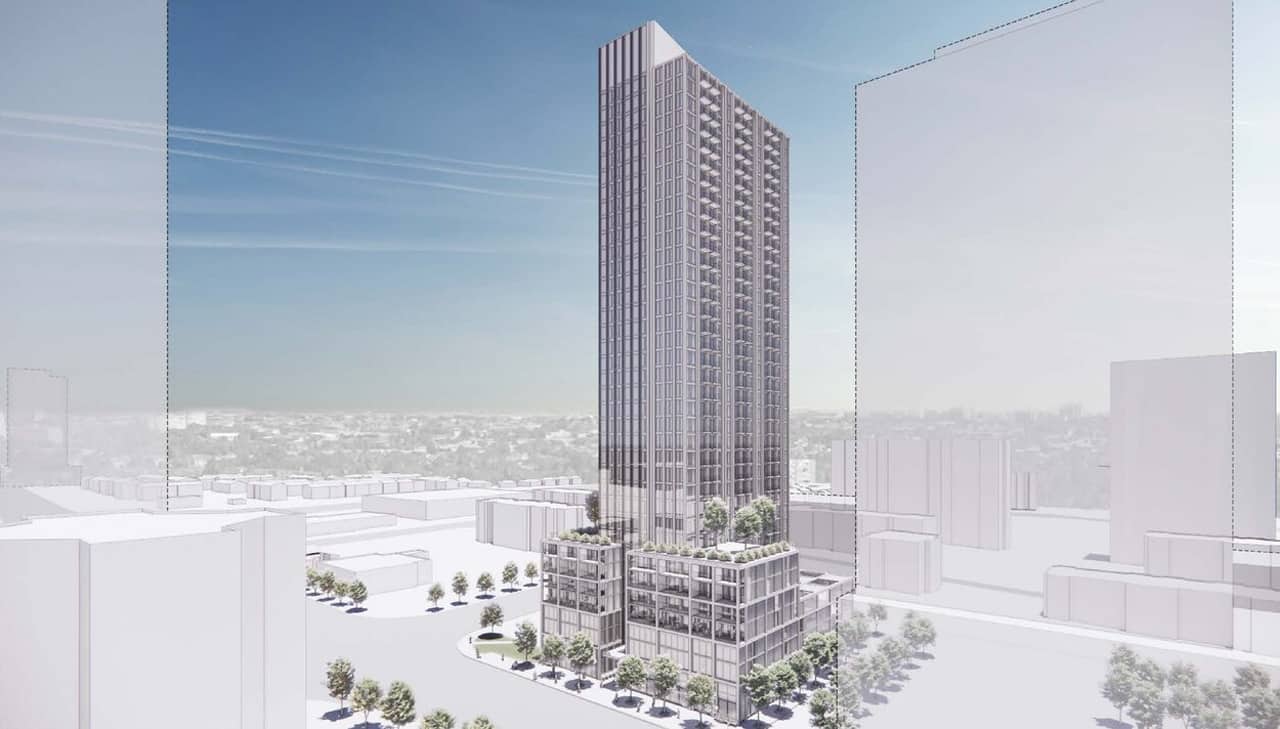 A proposed 36-story condo tower will change the look of an established Mississauga neighbourhood, but fits in with future density goals for the area.

The building, planned near the southeast corner of Hurontario St and Kirwin Ave. in the heart of Cooksville, would replace a small house that now stands on the site that is used for a social service agency and is right across the street from T.L. Kennedy Secondary School.

If completed, the project would be within walking distance of the Cooksville GO Station and the Hurontario LRT.

A report filed with the City of Mississauga indicates the proposal for 3115 Hurontario St. would fulfil plans for more housing in the area, is close to transit and would fit in with the towers already in place or planned further north on Hurontario. It will change the look of the immediate area which is largely commercial with some town homes and lower apartment buildings. 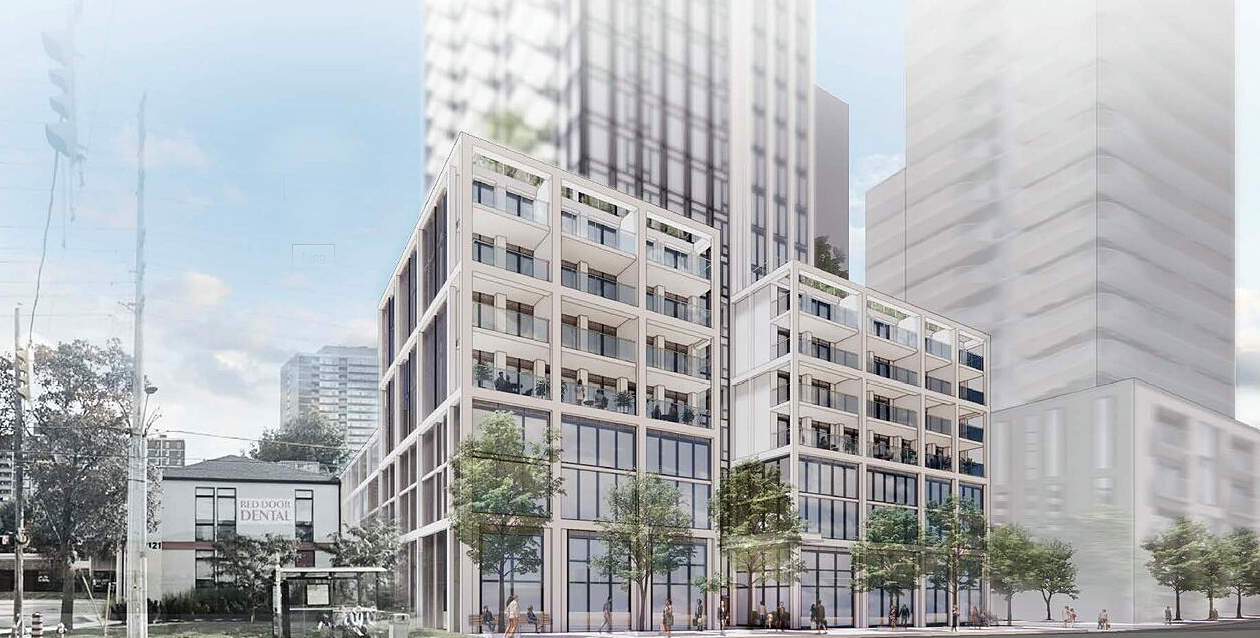 Proposed by Clearbrook Development Ltd., early plans call for a mixed use structure with stores on the bottom and space for The Dam, a youth outreach agency that has operated out of the existing house for the past 25 years.

As well, the building would have a six-storey podium at its base before rising to 36 floors. It would be home to 431 living units. There would be space for underground parking for cars and bicycles which would be accessed on Kirwin.

The plan is currently in the pre-construction phase and going through the approval process with the Mississauga planners.