Problems Abound at Peel Housing in Mississauga (and Beyond) 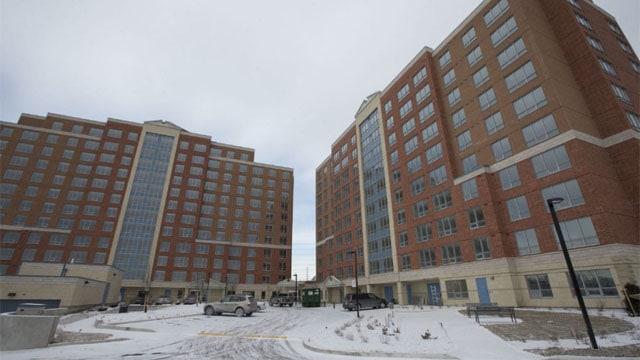 Affordable housing is already such a monumental issue in the city, so it’s difficult to watch the system encounter so many problems.

But before we get into the problems with mass resignations at Peel Housing, let’s take a look at the organization’s history.

This organization was tasked with creating innovative housing solutions and developing housing policy in the Region of Peel. PHC is also the largest landlord in the Region of Peel providing housing in 70 locations and servicing over 7,000 residents. While that number sounds small, it’s still an essential service which is taxpayer funded as it operates within the Region of Peel structure. It’s not everyday you hear controversy arising from a non-profit housing entity. So when you see ‘mass resignations at Peel Housing Corporation’ in the headlines, your ears might perk up a bit.

I’m wondering whether the issues have something to do the firing of the PHC general manager, Shadrack Mwarigha? Coincidentally, they also come at a time when the housing corporation is trying to develop a new strategic plan that is supposed to guide the region’s largest landlord for the next 30 years. A system wide review of the property maintenance process was also recently launched after deplorable living conditions were uncovered at one housing unit in Brampton.

The removal of Shadrack as general manager and the resignations of the four citizen members of the PHC board were finalized at the October 6 Peel Regional Council meeting. The board now consists of only the six members of regional council. Former Mississauga councillor Frank Dale (now Peel Regional chair), Councillors Chris Fonseca and Matt Mahoney are the elected officials from Mississauga who sit on the board. I reached out to them for a comment but as of this writing they have not provided a response.

People might find it easier to understand controversies such as the frivolous spending habits by board members and the CEO, like the way it happened at Toronto Community Housing (ironically former PHC general manager Shadrack used to work there), but the issues here are much deeper than that. The board was originally comprised of only elected public officials of the Region of Peel; the addition of community members who are not politicians was designed to give some voice to those whom the PHC actually serves and to offer a non-partisan voice to the issues surrounding housing. The fact that one year and a bit into their term the citizen members themselves said the system is too stacked against their voices and not allowing them any real say in policy is greatly disturbing for the public, especially those who put housing as a primary concern.

When wait lists for public housing are incredibly long and more and more people are living in poverty in Peel, there’s little time for conflict and in-fighting.

Hopefully some kind of resolution can be reached.