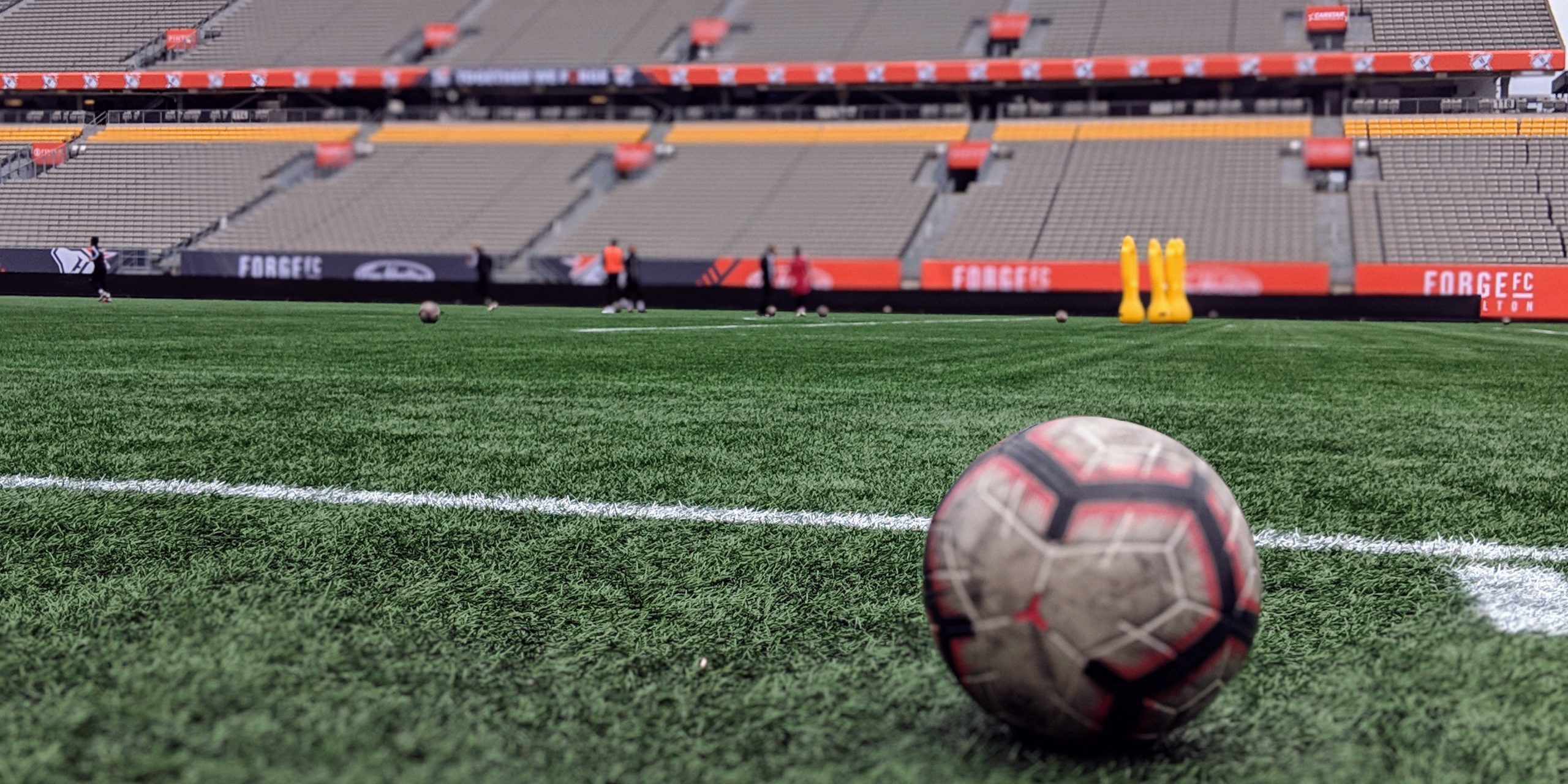 A pro women's soccer league is coming to Canada, but will Hamilton and/or the Canadian Premier League be part of it? (Photo Anthony Urciuoli/insauga.com)

With last week’s announcement that former Canadian national soccer player Diana Matheson would be on the front foot of a professional women’s domestic league in 2025, many turned to the Canadian Premier League (CPL) for a response.

The CPL kicked off its inaugural season in Hamilton in 2019, citing a glaring need for Canada to have its own pro men’s soccer league.

Gold medallists Christine Sinclair and Stephanie Labbe, who will be “contributing to the planning and development of the league,” agreed.

“The creation of this league is something we have been advocating for over many years, and to be part of seeing it come to fruition is truly exciting,” said Labbe. “We look forward to working with stakeholders across the Canadian soccer environment to make this league successful.”

Meanwhile, Sinclair said they’re “committed to developing something that is built differently — for women, by women,” she said. “We want to change the soccer landscape in Canada so women’s players can develop and play professionally here at home instead of having to go abroad, as every one of our national team players must do now to be successful.” 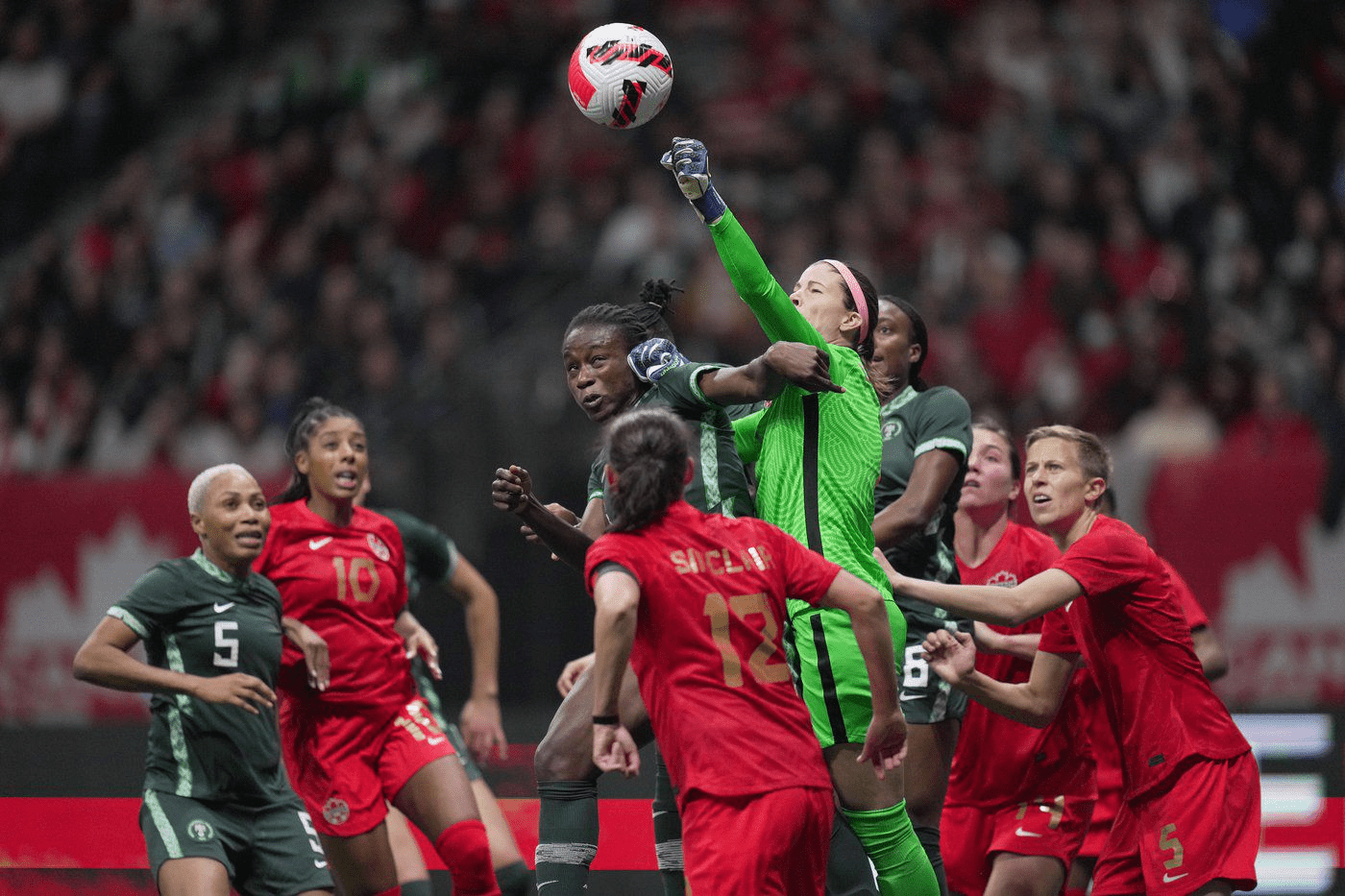 Canada goalkeeper Stephanie Labbe, centre right, punches the ball away from Nigeria’s Christy Ucheibe, centre left, during the first half of a women’s friendly soccer match, in Vancouver, on Friday, April 8, 2022. (THE CANADIAN PRESS/Darryl Dyck)

It only seems fitting that the CPL would have some involvement in a pro women’s league. After all, their objectives are aligned: more opportunities to further foster and develop Canadian soccer players.

The business side of the sport makes things a little more nuanced, however.

“Like any sound business proposition, all proposed initiatives must pass the rigour of thorough marketplace diligence, have individual clubs apply and be accepted into membership of Canada Soccer, and satisfy its standards for professional league membership.”

“This is not an easy road, as we know, but it will ensure any league eventually accepted into Canada Soccer membership is set up for long-term success,” she added.

The CPL knows the challenges of starting a pro sports league from scratch all too well. Despite the hurdles, in four short seasons, the league has made incredible strides, proving it belongs on a bigger stage on and off the field — even surviving two financially-damaging seasons in pandemic-necessitated bubbles. 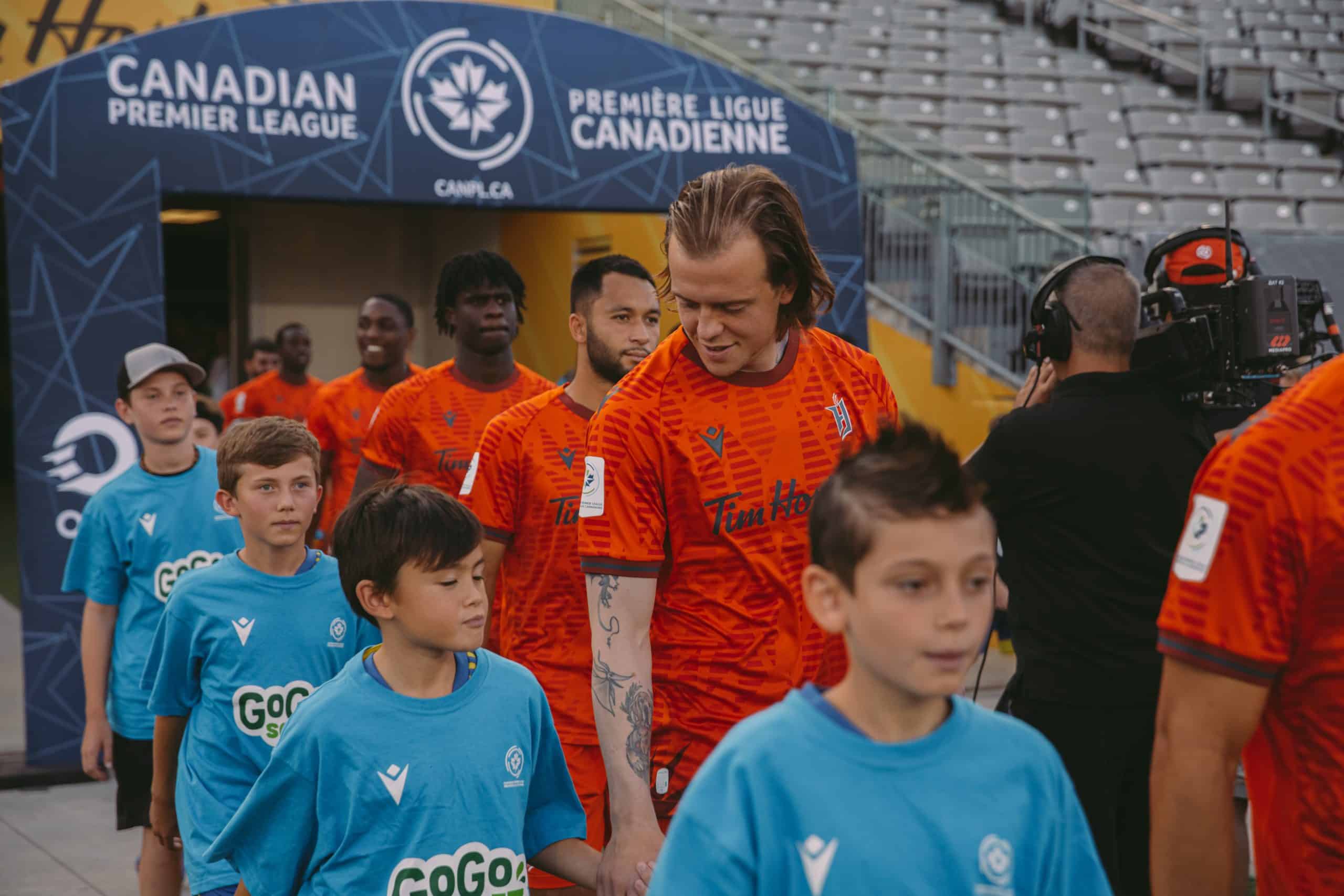 But Canada’s only pro men’s soccer league isn’t equipped to add a women’s league to its plate just yet.

“The CPL is interested in any initiative that will help contribute to the growth of soccer in Canada and is currently reviewing all options in the women’s professional space,” added Armstrong.

“Meanwhile, via Canadian Soccer Business, we will continue to invest in, operate, and develop our League1 Women’s programs, which featured 39 Premier Teams across Ontario, British Columbia and Quebec during the 2022 season, culminating in the League1 Canada Women’s Inter-Provincial Championship.”

“We look forward to reviewing all potential opportunities with the various stakeholders as they develop and wish everyone involved in the process all the best,” she concluded.

Preliminary information about the new women’s league is encouraging for Hamilton, regardless of the CPL’s plans.

Vancouver Whitecaps of Major League Soccer announced that the club will be home to one of two founding teams when the eight-team women’s league begins in 2025. The other founding team belongs to Calgary Foothills Soccer Club, a prominent developmental program in the Prairies that acts as a direct pipeline to Cavalry FC — the biggest CPL rival of Hamilton’s Forge FC. 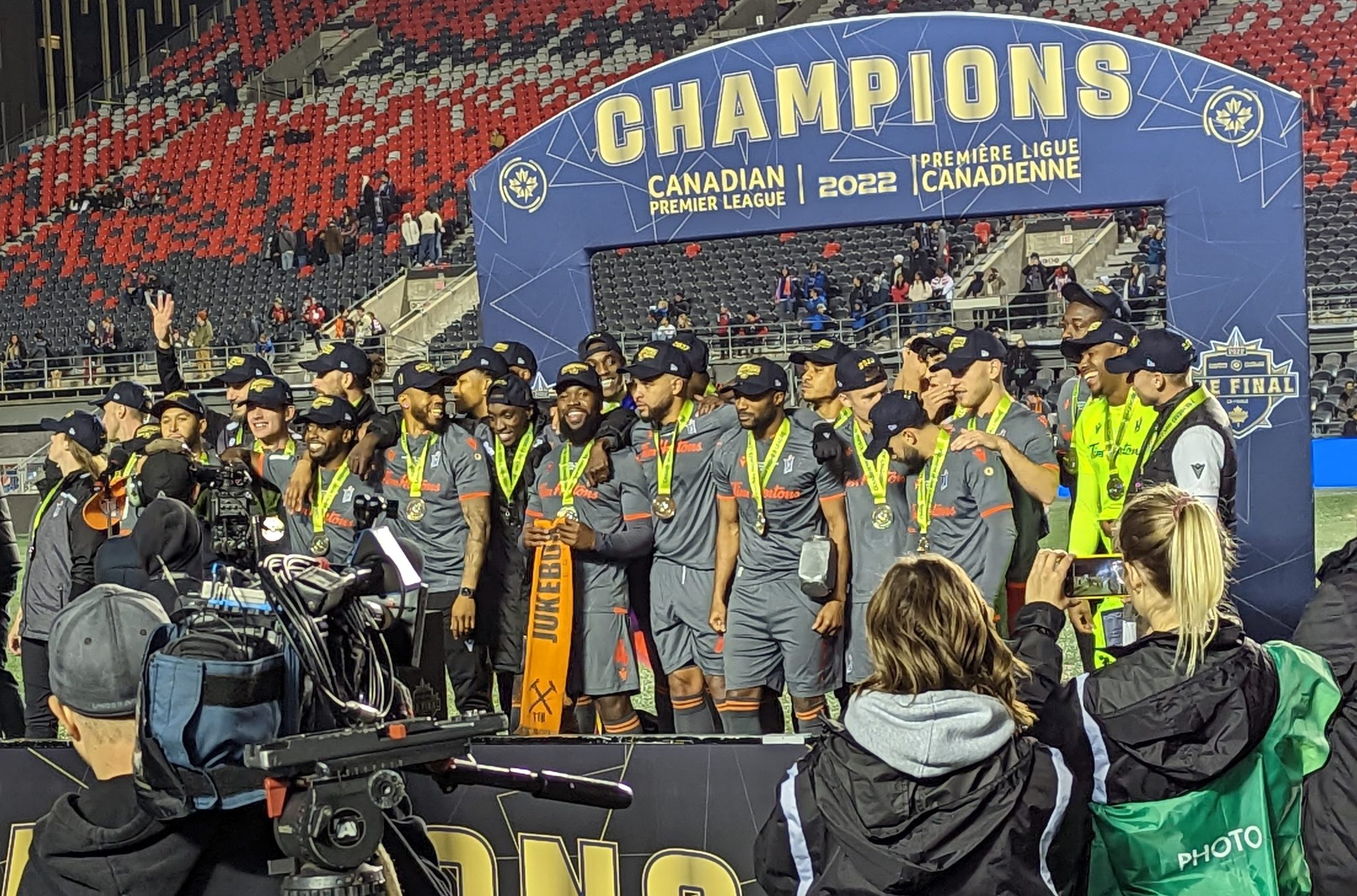 The future women’s league doesn’t appear to have an affiliation with specific leagues, leaving the door open for Hamilton Sports Group (HSG), which owns Forge and the Hamilton Tiger-Cats.

The harsh reality for Canadian soccer is that there aren’t many pitches suitable for the pro game, and Tim Hortons Field is one of the few. It’s difficult to imagine a scenario where HSG is rejected in its bid for a women’s team — assuming there’s interest at all.

Homes for the six other teams are expected to be named in 2023. The league will operate countrywide across two conferences, with four teams in each conference.

Could one of those teams play out of Tim Hortons Field? If not, it could be considered a missed opportunity for both sides.