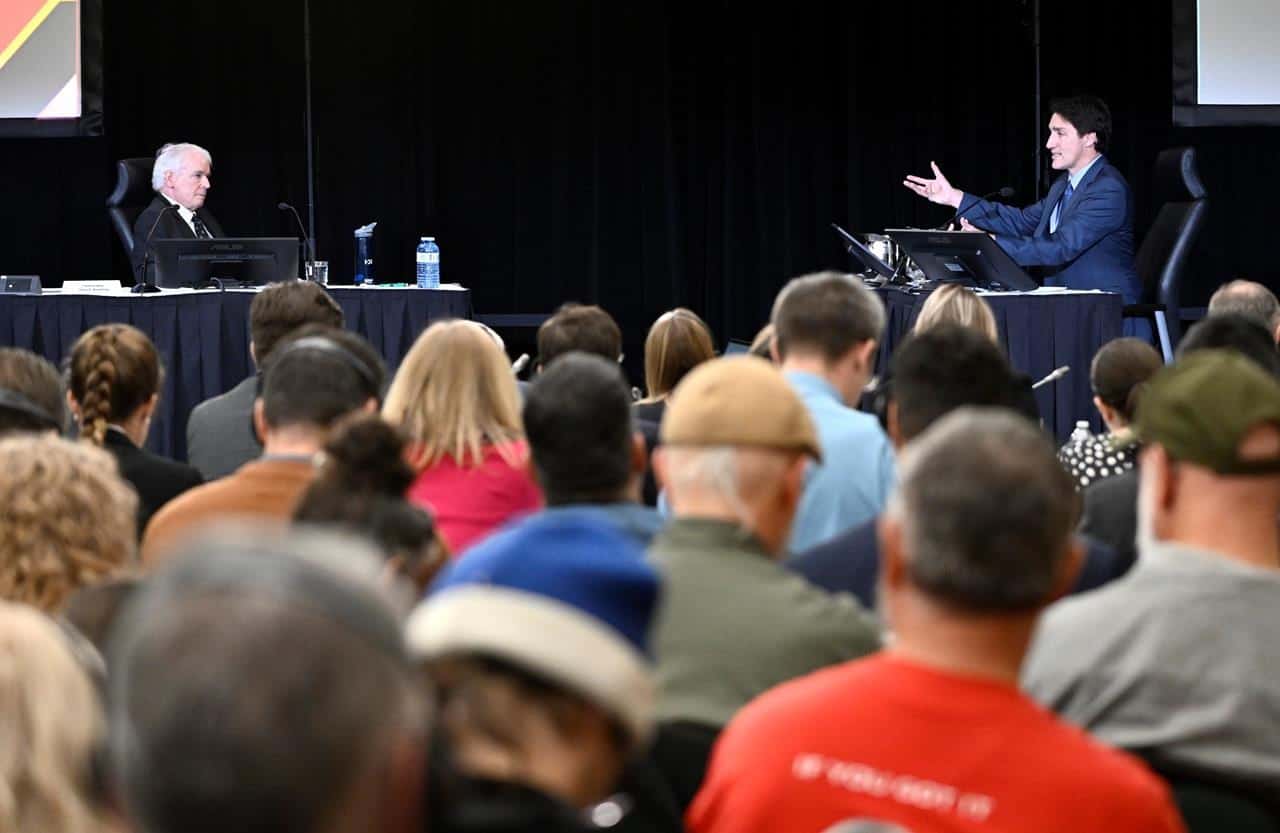 Prime Minister Justin Trudeau was the last witness to testify at the public inquiry into his Liberal government’s decision to invoke the Emergencies Act to quell protests in Ottawa and at several Canada-U.S. border crossings last winter.

There had already been a consensus around the table, Trudeau said Friday, that the government should bring in the emergency powers, but then at 3:41 p.m. on Feb. 14, he received another memo that he testified played a strong role in his making that final decision.

That was when he received the “decision note” from Janice Charette, clerk of the Privy Council, who is Canada’s top civil servant, that formally recommended the invocation of the Emergencies Act for the first time since it had replaced the War Measures Act in 1988.

In his own words, here is what Trudeau told the Public Order Emergency Commission about his thinking in that moment.

“It was a big thing, not a small thing, to have the head of the public service formally recommend the invocation of the Emergencies Act and the declaration of a public order emergency. It’s not something that had ever been done in Canada before. It was certainly not something that we undertook to do lightly. And as a prime minister, I get to sign off and agree with these notes, or in some cases, disagree with them. And that was a moment that I took with the weight of the decision I was about to take.

“And I reflected briefly on first of all, the reassurance that it gave me that the entire system, all the inputs in the system had come up to the clerk of the Privy Council — the top public servant in Canada; impartial, professional public service — making the recommendation to move forward on this was essential to me.

“But I also reflected on OK, what if I don’t sign it? What if I say, ‘OK, we now have advice from the professional public service to invoke a public order or emergency.’ And I decide, you know what? Let’s give it a few days where the professional public service had made a determination that the thresholds were met, that the use of it was appropriate and responsible and the measures were the right ones that we were going to put in it. And I said, ‘No, you know what? Let’s wait and see another few days, another week, to see if we really need to do it.’

“First of all, what if the worst had happened in those following days? What if someone had gotten hurt? What if a police officer had been put in a hospital? What if, when I had an opportunity to do something, I had waited and we had the unthinkable happen over the coming days, even though there was all this warning that it was possibly coming? I would have worn that in a way that we would certainly be talking about in a forum such as this.

“But more than that, the responsibility of a prime minister is to make the tough calls and keep people safe. And this was a moment where the collective advice of cabinet, of the public service and my own inclination was that this was a moment to do something that we needed to do to keep Canadians safe. And knowing full well that this was an inevitable consequence of me signing ‘I agree’ on this note, I was very comfortable that we were at a moment where this was the right thing to do. And we did it.

“And it is a certain amount of comfort that first of all, the system is working as it should, that people who are defending civil liberties are able to say, ‘You really should be careful about doing this. Maybe you shouldn’t have done it,’ that we have a system pushing back on this, because it’s a big thing, not a small thing, to do this.

“But that also we were able to solve the situation with it, that there was no loss of life. There was no serious violence, that we were able to get neighbourhoods back under control, border services opened and there haven’t been a recurrence of these kinds of illegal occupations since that.

“I’m not going to pretend that it’s the only thing that could have done it. But it did do it. And that colours the conversations we’re having now with the fact that these could be very different conversations.

“And I am absolutely, absolutely serene and confident that I made the right choice in agreeing with the invocation.”