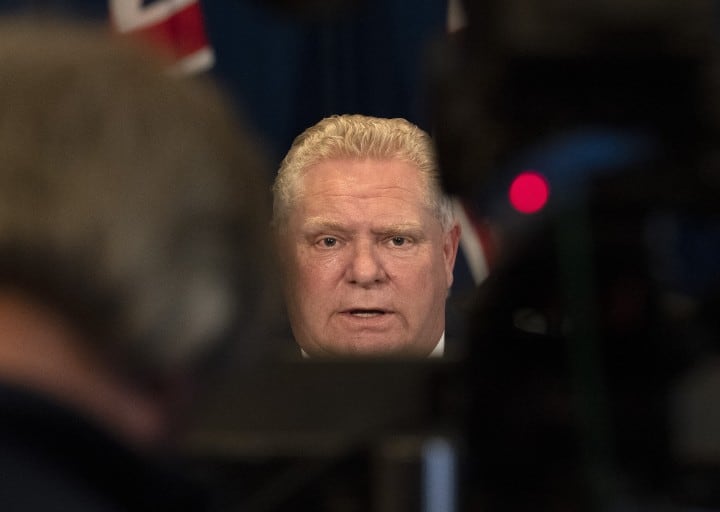 Speaking from isolation again today (April 30), Ford said the airport remains the weakest link in the fight against COVID-19 pointing out that the first cases of the coronavirus came into Canada from international travel as did all subsequent variants. The premier said it is time for the federal government to shut the airport down.

“The borders are broken, we need to fix it,” said Ford. “If it was up to me I would close the airport. The virus didn’t swim here and it didn’t start here. It came from people bringing it from abroad.”

Ford said 90 percent of all COVID cases in Ontario are now caused by the variants and that current measures at the airport are too week and hasn’t stopped people who are sick from getting on a plane and traveling to Canada through Pearson. He said there are too many loopholes including stays at quarantine hotels that are not long enough, and the ability for people to refuse to undergo any of the protocols.

“This virus, it is changing, it is mutating, it is becoming more deadly, it is becoming smarter,” said Ford. “We could one day soon face a variant that is resistant to our vaccines, we are hearing about new ones every week. Sadly not enough is being done to keep these deadly variants out of Canada. They got in because of weak border measures. We will never get ahead of this virus if we can’t keep these deadly new variants out of our country. If I had the power I would close down Pearson Airport immediately. I would shut down the land border crossings to only those that are absolutely essential.”

Ford continues to stay in isolation due to coming in contact with someone who works for the government who has COVID-19. Ford has not tested positive for the virus.

After Ford’s new conference, Prime Minister Justin Trudeau said he stands behind the current protocols in place at both airport and land border crossings. He said the measures are effective and have been catching the virus before it spreads. Trudeau said the spread of the virus comes through community transmission, not the airport.