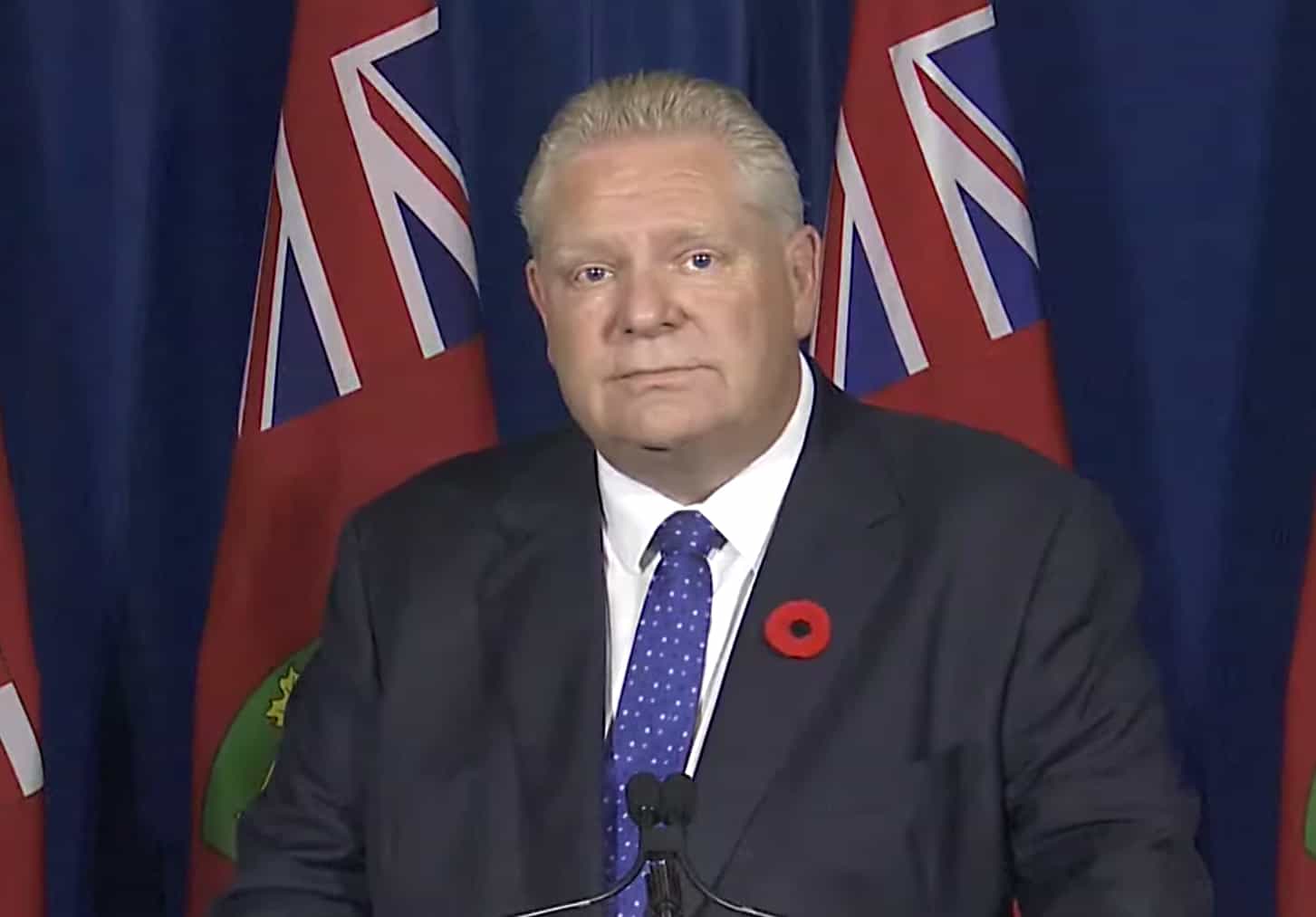 Ontario Premier Doug Ford promises to rescind the notwithstanding clause if CUPE calls off the strike action in Ontario.

The promise comes after CUPE education workers walked off the job on Friday (Nov. 4) closing schools across the province.

After the disruption of missed in-person classes during the pandemic, students need to be back in the classroom, said Premier Doug Ford in a press conference Monday (Nov. 7). Ford said the time away from school took a toll on students’ mental, physical and emotional health.

“Test scores have fallen, parents are exhausted. A generation of students are struggling,” Ford said. “Students need stability. They should be in the classroom with their teachers.”

He said the government introduced the Keeping Students in Class Act to keep kids in school.

“And we used the notwithstanding clause to ensure that happened,” he said. “I know that it has been controversial but I have always respected the right of workers to fair and free bargaining.”

Ford promised to rescind Section 33 of the charter (the notwithstanding clause) but only if CUPE backs off on strike action.

“We are willing to rescind Section 33,” he said. “But only if CUPE agrees to show a similar gesture of good faith by stopping their strike and letting our kids back into their classrooms.”

The legislation forcing a contract on workers “violates our constitutional rights under the Charter,” CUPE says on its website.

“And with the invocation of the notwithstanding clause, the undermining of the Charter is a threat to protest rights, to those seeking religious freedom, and to equity seekers across the country,” CUPE says.

Ford said he wants to get back to bargaining.

“We’re willing to make a fair deal, one that offers more help for lower income workers,” he added.

Pay is one of the main issues. The government offered two per cent a year for workers making less than $40,000 and 1.25 per cent for all others.

CUPE  said its workers, which make on average $39,000 a year, are generally the lowest paid in schools and want annual salary increases of 11.7 per cent.

Ontario’s imposed four-year deal, gave a 2.5 per cent annual raises to workers making less than $43,000 and 1.5 per cent raises for all others.