Power now back to St. Catharines’ homes and businesses

A sizable number of St. Catharines homes and business got hit with a power outage early this morning (November 23) but now (9:45 am on November 23), it appears that power company Alectra Utilities has restored the electricity to all affected.

The at-times conflicting tweets were somewhat hard to decipher as different numbers were bandied about – one said 3,457 homes-businesses, another said 4,650 – and what made it trickier was they were sent out just eight minutes apart.

But the most recent tweet said all power was restored in St. Catharines. 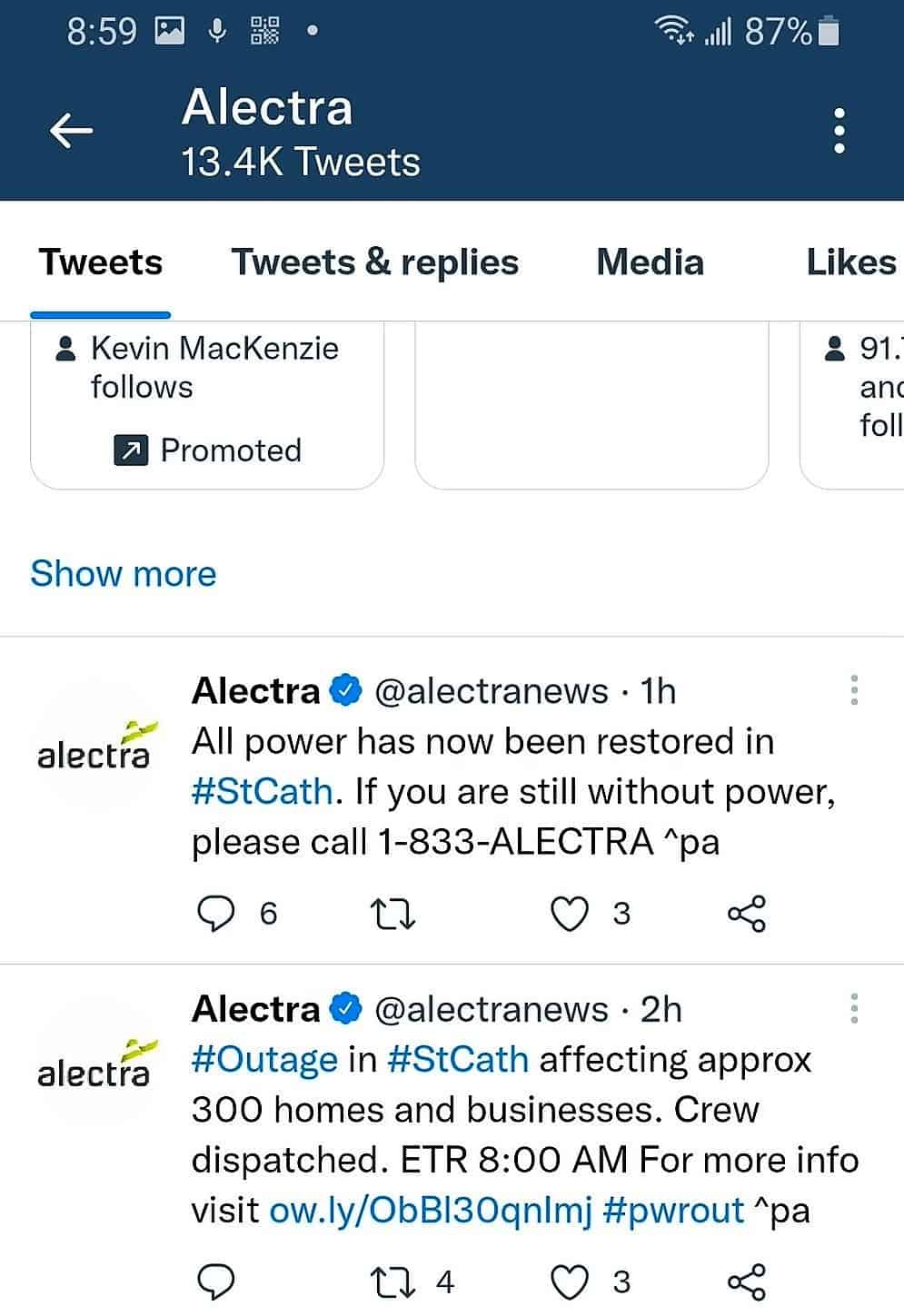 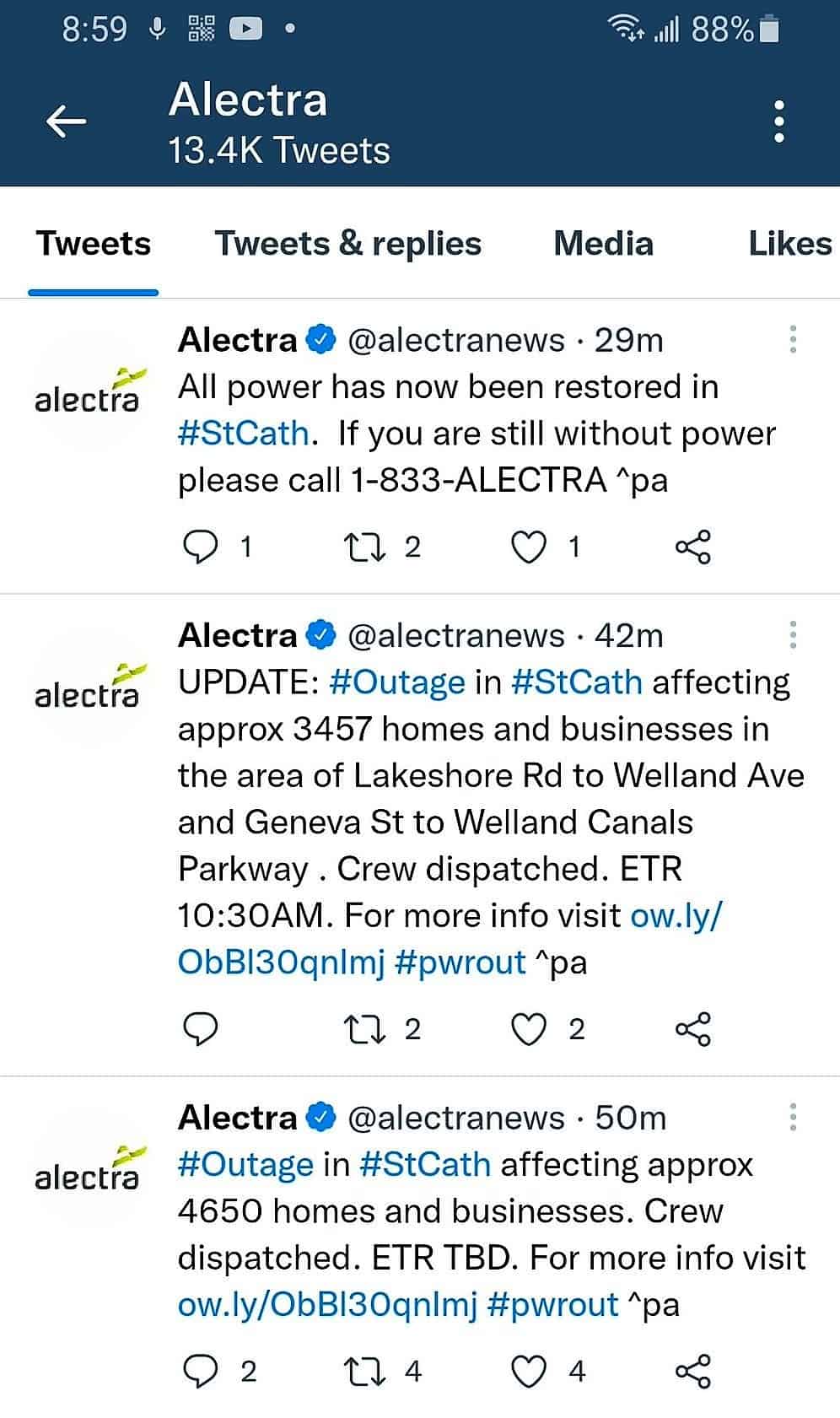