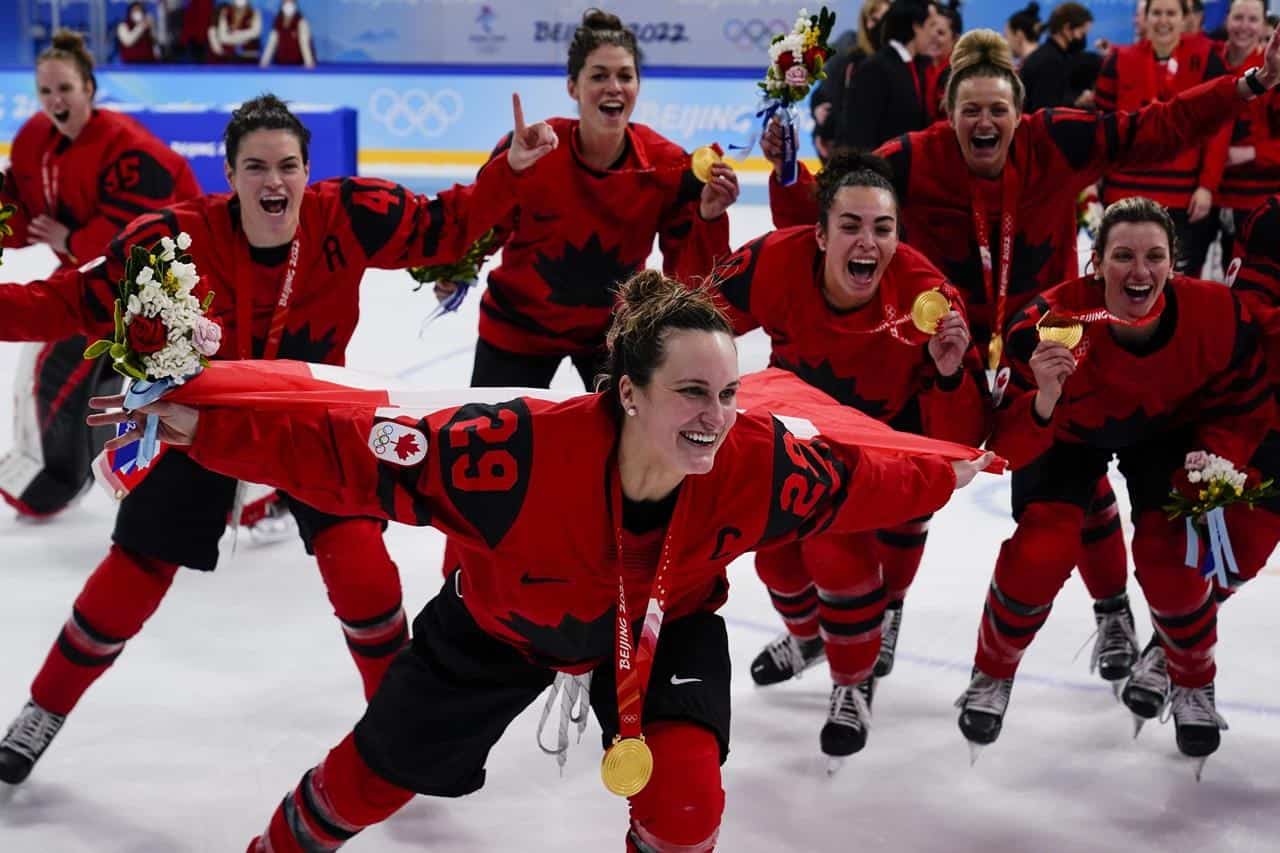 Canada captain Marie-Philip Poulin has won the 2023 Northern Star Award, making her the first female hockey player to claim the honour given annually to Canada’s athlete of the year.

The 31-year-old Beauceville, Que. forward led Canada’s women’s hockey team to a world title and Olympic gold — scoring twice in a 3-2 win over the U.S. in the championship game in Beijing.

Poulin finished second in scoring at the Beijing Games with 17 points, one behind teammate Sarah Nurse.

She had 10 points in seven games at the world championship in Denmark, including an assist on Brianne Jenner’s opening goal in a 2-1 win over the U.S. in the gold-medal game.

Montreal Canadiens goaltender Carey Price was the last to win in 2015.

The Northern Star Award has been handed out annually since 1936.

Until this year, it was named the Lou Marsh Award after a former football player and NHL referee who spent more than 40 years working in the Toronto Star’s sports department.

The award was recently renamed after concerns surfaced in recent years over some of the racist language used in Marsh’s writing.

Poulin is also a nominee for The Canadian Press female athlete of the year award, which will be announced on Dec. 28.