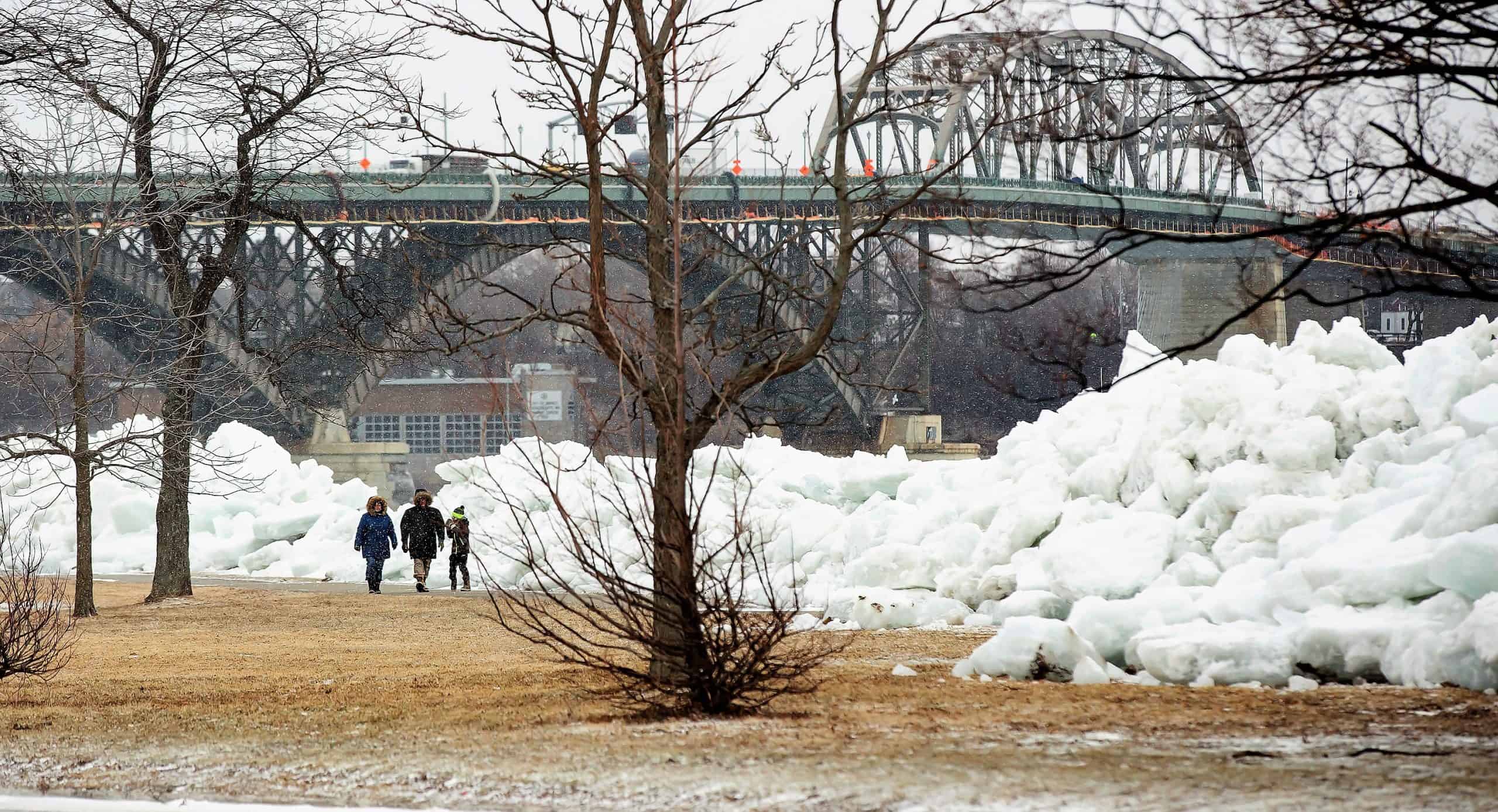 A 2019 file photo of the massive ice pile-up along the shores of Fort Erie. The Christmas Blizzard of 2022 produced similiar results, making the shoreline treacherous. (Tara Walton/The Canadian Press)

An earlier flood warning issued for southern Niagara towns – notably Fort Erie, Port Colborne and Wainfleet – has been downgraded by the Niagara Peninsula Conservation Authority (NPCA) to “below critical.”

The NPCA’s initial concerns were the huge volumes of snow dumped on those southern areas melting as the Niagara Region faced a week of above-zero temperatures.

“This rainfall flowing over saturated (or frozen) ground can cause significant runoff to be directed into local ditches, watercourses, and storm sewer systems,” the NPCA said at the time.

However, the NPCA was quick to add they are playing it by ear. “At the present time (January 3), water levels in the local watercourses are elevated but remain well below critical flood elevations. This rain will serve to further increase water levels in our local creeks and rivers and will likely result in flooding typically experienced in low-lying, flood prone areas.”

With the warmer temperatures, they are offering up a caution, particularly to Fort Erie residents.

“The near shore pack-ice on Lake Erie is particularly unstable and dangerous. Residents are strongly warned not to walk out onto the Lake Erie pack-ice.  Motorists are also reminded not to travel through flooded roadways as they can pose hidden dangers.”