Porter will soon operate flights out of Pearson Airport in Mississauga 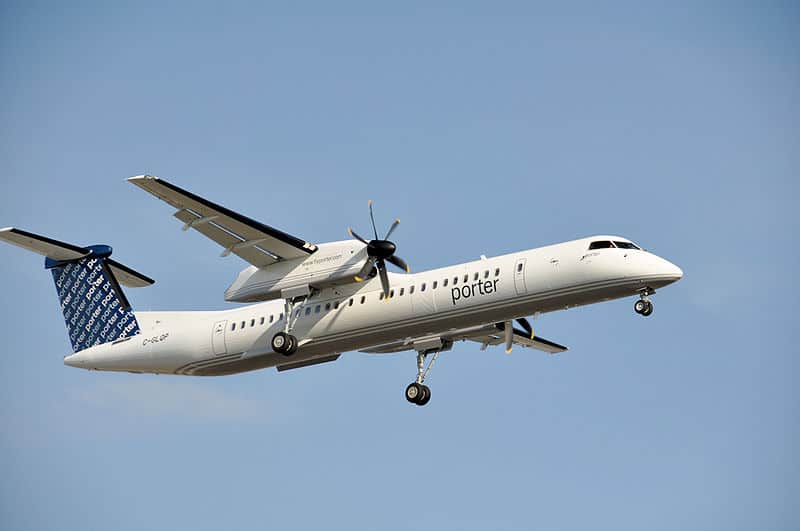 Travellers are expected to be the big winners with word that Toronto-based Porter Airlines will soon operate its first flights out of Pearson Airport in Mississauga.

The Canadian carrier, which has run its fleet exclusively out of Billy Bishop Toronto City Airport, is also adding significantly to the number of passenger jets in its stable of aircraft.

Porter announced this week that it’s receiving its first of 50 132-seat Embraer E-195 aircraft this month and will offer a new list of destinations as well. The new jets will complement the airline’s existing fleet of 78-seat De Havilland Dash 8-400 aircraft.

The airline will cater to economy air travellers, who are expected to get more leg room, free and fast WiFi, no middle seats and beer, wine and snacks on long flights under the new service plan introduced by Porter.

A specific launch date has yet to be announced. More details are expected later this week or early next week.

Porter officials say the plan marks a milestone in the company’s history. It positions the carrier to compete head-to-head with Canada’s largest airlines, Air Canada and WestJet.

“Porter Airlines is unveiling an exceptional new economy air travel experience that challenges what every North American airline offers,” company officials said in a news release on Tuesday (Dec. 6). “Building on its distinct, longstanding regional service, Porter will elevate economy flying for everyone in its greatly expanding network.”

Porter president and CEO Michael Deluce added that the airline is “meaningfully investing” in making economy air travel enjoyable for every passenger in ways that no other carrier is doing.

“Other airlines have been focused on taking away perks and comforts for decades, but we believe that people should actually enjoy flying as economy passengers. It is possible, as we know from having already redefined regional travel over 16 years ago. Now we’re ready to do it for a broader North American market in a way that no traditional or low-cost carrier is willing to.”