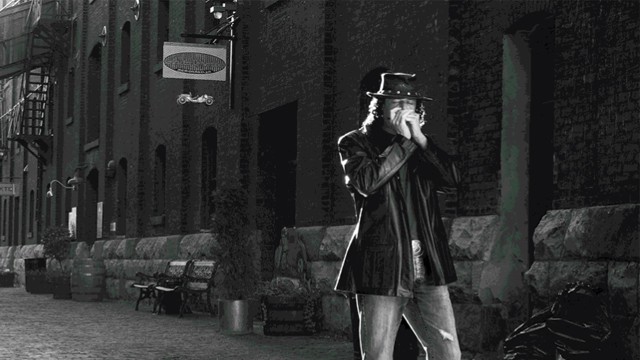 If you’re a music aficionado into the classic sounds of old Mississippi, you’re probably pumped about the upcoming Tim Hortons Southside Shuffle.

The 17th Annual Port Credit Jazz and Blues Festival (although organizers are thinking of dropping “jazz” from the title because the festival really boasts an all-blues lineup) is set to kick off this weekend in Memorial Park, commencing on Friday, Sept 11 at 6 pm and ending Sunday, Sept 13 at 7 pm.

While the blues is typically beloved by a more mature crowd, the long-running Port Credit festival has grown year over year, sometimes attracting up to 75,000 people over the course of the weekend.

“We’re running out of room,” says Ron Duquette, the chair of the Shuffle. “We have four stages, but with more space, we could add more. It’s a good problem to have.”

The four stages — all in Memorial Park — are the Sab Memorial Stage, the Stonebridge/Wasaga Beach Stage, the Mississippi/Dawg FM Stage and the Enersource Stage. If you manage to make your way to the festival, you’ll catch acts such as The Johnny Max Band, Bobby Rush Big Band, The Legendary Downchild Blues Band, Dexter Allen and more. In terms of big name acts, Duquette says the main event is Canned Heat.

“The big group is Canned Heat,” he says. “They’re on their 50th anniversary tour. The older generation will remember their music.”

If you want to check out Canned Heat — maybe you are from that older generation who remembers them fondly or maybe you’re just blues-savvy and appreciate the classics that pre-date your life — you can catch them on the Sab Memorial Stage on Saturday, Sept 12 at 11 pm. If you’re into Canadian classics, you might like to know that the Shuffle was founded by Downchild Blues Band front man and long-time Mississauga resident Chuck Jackson. Downchild, who will be performing on the Sab Memorial Stage on Sunday, Sept 13 at 6 pm, was one of the top blues bands in Canada. They’ve won multiple Juno Awards and toured for 45 years. They’ll be closing the festival, as they do every year. So, if you’re into vintage tunes created by homegrown musicians, they might be worth the price of admission for you.

“Chuck lives in Port Credit and his grandfather used to have a [yearly] BBQ with musicians and he thought it would be great to carry that on,” says Duquette. “The first festival was just a couple of bands, but over the years, it’s grown. He’s the guy responsible for it.”

Oh, and speaking of prices of admission, main stage tickets are $10 on Friday and $15 on Saturday and Sunday. You can also get a weekend pass for $30. Tickets include admission to all four stages as well as access to the Mill Street Beer Gardens, Dan Aykroyd Wine Bars, Artisan Village and the World of Food Court. You can purchase your passes online or at Impressionable Gifts, Ladybug Harbor and Ric’s Recollections. The Beggar’s Blues Banquet at the Royal Canadian Legion will run you $70 (cash only) and the Blues and Roots Jamstage (also at the Legion) costs $10 at the door.

Even if you’re not hitting the stages, you might still stumble across the action. There will be Shuffle events throughout Port Credit from Thursday until Sunday, including the Rabba Fine Foods Street Shuffle (a Saturday afternoon street party), the 2015 Beggars Blues Banquet at the Legion on Thursday and the Blues and Roots Jamstage at the Legion on Friday and Saturday. You might also end up enjoying the soulful sounds of the Dirty South in several Port Credit hotspots. The In the Clubs event, which runs all weekend, will fill The Brogue Inn, Crooked Cue, Door FiftyFive, Ten, Spice Lounge, Second Cup and more with live musical performances by Chuck Jackson, Krista Blondin, Four Lines and more. You can check out that schedule here.

“If you look around, [attendees] are in the 35-65 range,” says Duquette. “We’re looking at ways to attract a younger audience because we know that’s important. We’re looking into younger acts.”

While younger acts might attract more music lovers in their teens, 20s and early 30s, another draw is the occasional big-name celebrity sighting. Both Brad Pitt and Johnny Depp have made appearances at the Shuffle (on separate occasions, not together), which makes sense because the festival runs parallel to TIFF and Port Credit is snuggled up close to the TO border.

While Duquette wasn’t sure if the high-profile blues lovers stayed to sign autographs, he suspects they made their way into a VIP tent and were undisturbed by a respectful, casual crowd.

“The people at this festival aren’t wacko, so they wouldn’t bother them and go crazy. Well, some of the women might,” he jokes.

As for other housekeeping details, remember to bring your own lawn chairs (seating is not provided). Tickets are non-refundable (even if you’re rained out); the venue is wheelchair accessible and no pets other than service animals are permitted. If you really want to sit and don’t have a lawn chair (or don’t want to go to Canadian Tire to purchase one), you might be able to upgrade your ticket to access the Crossroads VIP Tent. The tent offers seating, a good view and bar service. You can also inquire about the four Friends of the Festival VIP packages (two are old out).