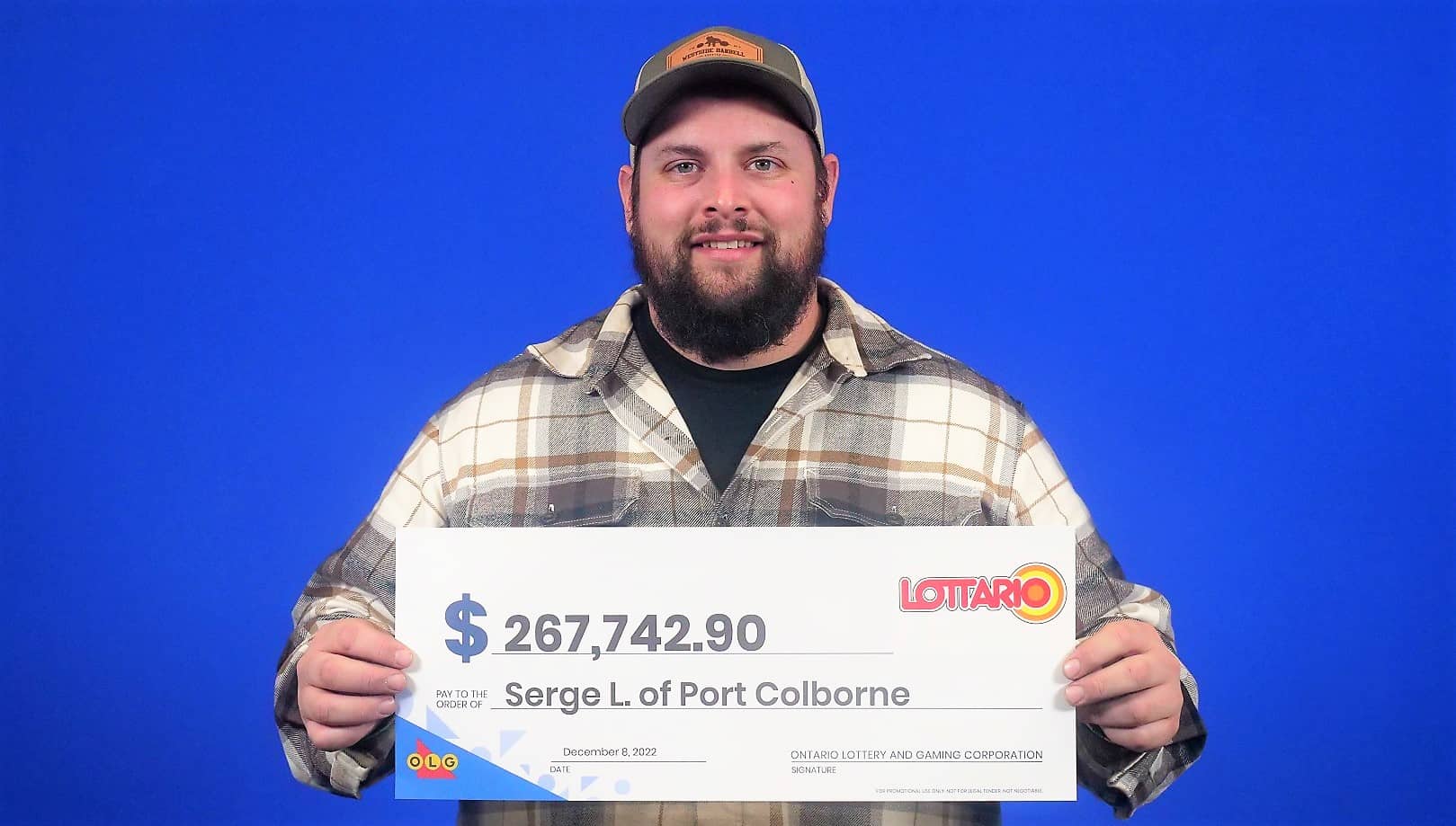 A 34-year-old Port Colborne man said he’s only occasionally been playing the lottery since he turned 18.

“I typically play LOTTARIO, ONTARIO 49 and LOTTO 6/49,” he shared while at the OLG Prize Centre in Toronto to pick up his cheque. “This is my first big win.”

The skilled trade worker checked his ticket using the OLG App while enjoying his coffee one morning.

“When I saw the Big Winner screen, it took a moment for it to fully register. I was wondering if I read the numbers correctly – it was overwhelming,” he said.

“I paced for about an hour while my girlfriend slept in. When she woke up, I showed her the ticket and she was so surprised!”

Laroche said he was taken aback by what he saw. “It felt like a dream. We went onto the OLG website to watch the balls drop from the draw. It was special. It’s been an awesome experience.”

He plans to purchase a new vehicle and travel. “My girlfriend and I want to go to Europe,” he said. “But for now, I’ll put this in the bank while I cool off for a bit.”

The winning ticket was purchased at the Shell gas station on Main Street in Port Colborne.